THIS is the shocking moment a Brit in a towel told a South African builder to "f**k off" in a vile racist rant.

Footage shows the man lashing out at the "white skin racist" as he tries to calm him down on the building site. 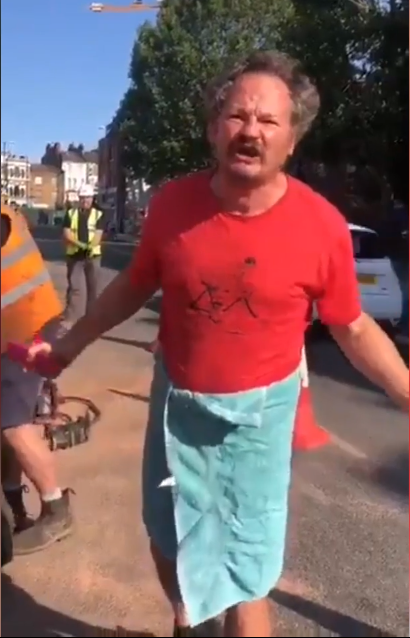 The video starts with the towel-wearing racist stood at the side of the road as builders can be seen in the background wearing hi-vis vests and hardhats.

The person filming, who has a South African accent, asks him to "please leave otherwise I'll call the police".

But the moustached man angrily replies: "Why don't you f**k off, it's before 9 o'clock in the morning.

The man then brands the builder a "f**ing provocateur" as he is continually asked to move.

He continues: "You're provoking everyone, standing here with your f**king white skin f**king being a white South African with your Eastern European f**king cronies."

As a Brit builder urges his colleague to "leave it", the towel-wearer rants: "Where's the f**king jobs for the English f**king boys.

The video then draws to a close as the builder backs away, leaving the man ranting on the street.

It was posted on Twitter last week and has since been viewed more than 136,000 times.

It is not clear where it was filmed in the UK or when. 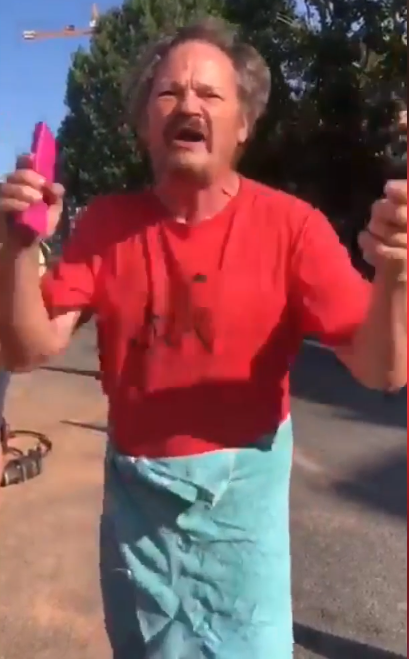 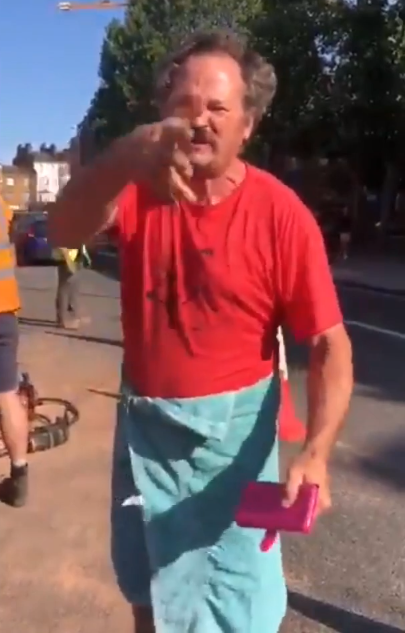 When is Birds of Prey's release date, will Margot Robbie play Harley Quinn and will The Joker star in it?

Jameela Jamil shuts down “bulls**t headlines” about her during quarantine