THIS is the shocking moment a man urinates on a busy beach in front of horrified families.

The yob was spotted by appalled Hollie Hodges, 34, who was enjoying a day at Weymouth Beach in Dorset with her husband, Craig, 32, and their seven-year-old daughter Lola. 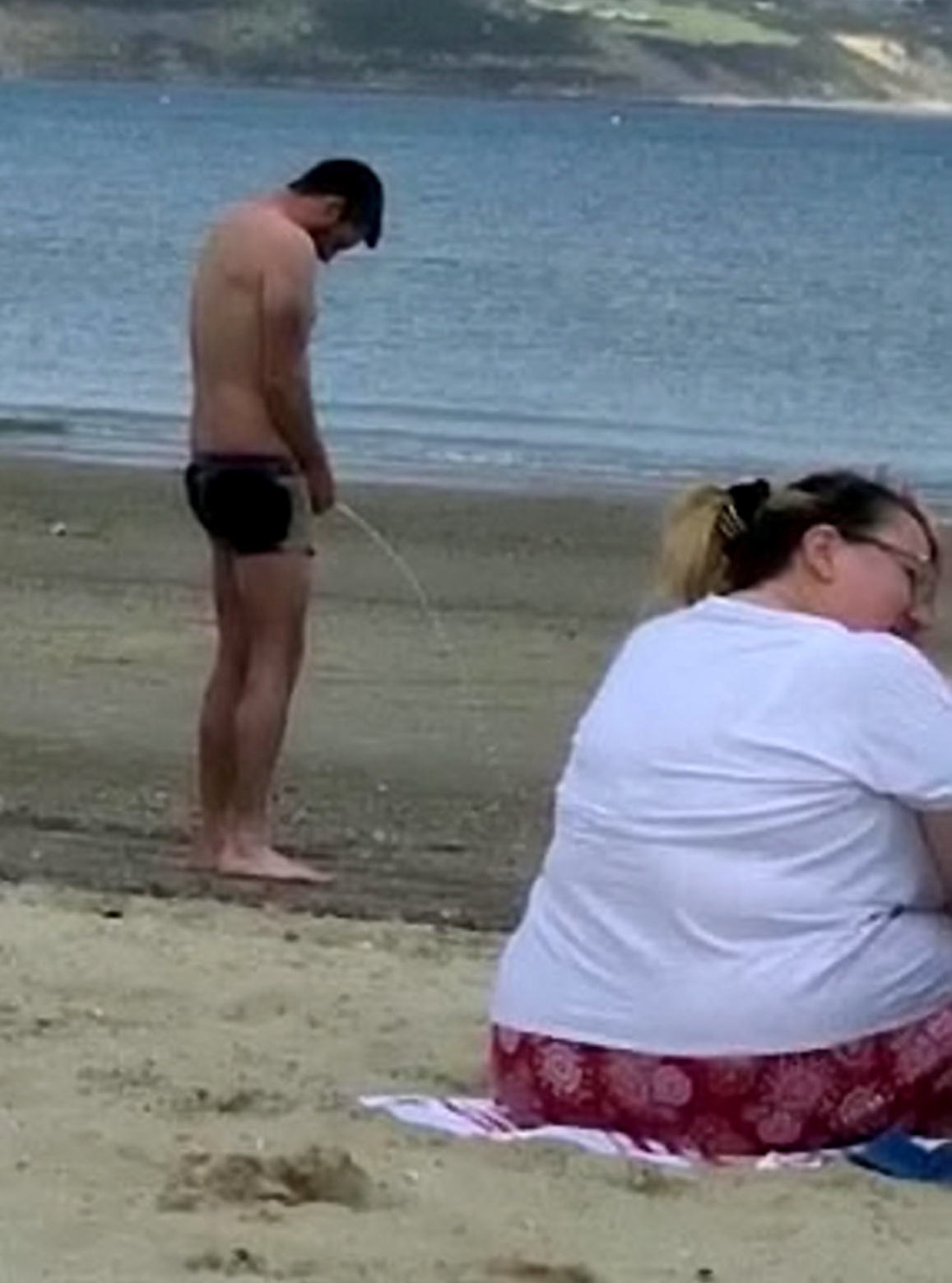 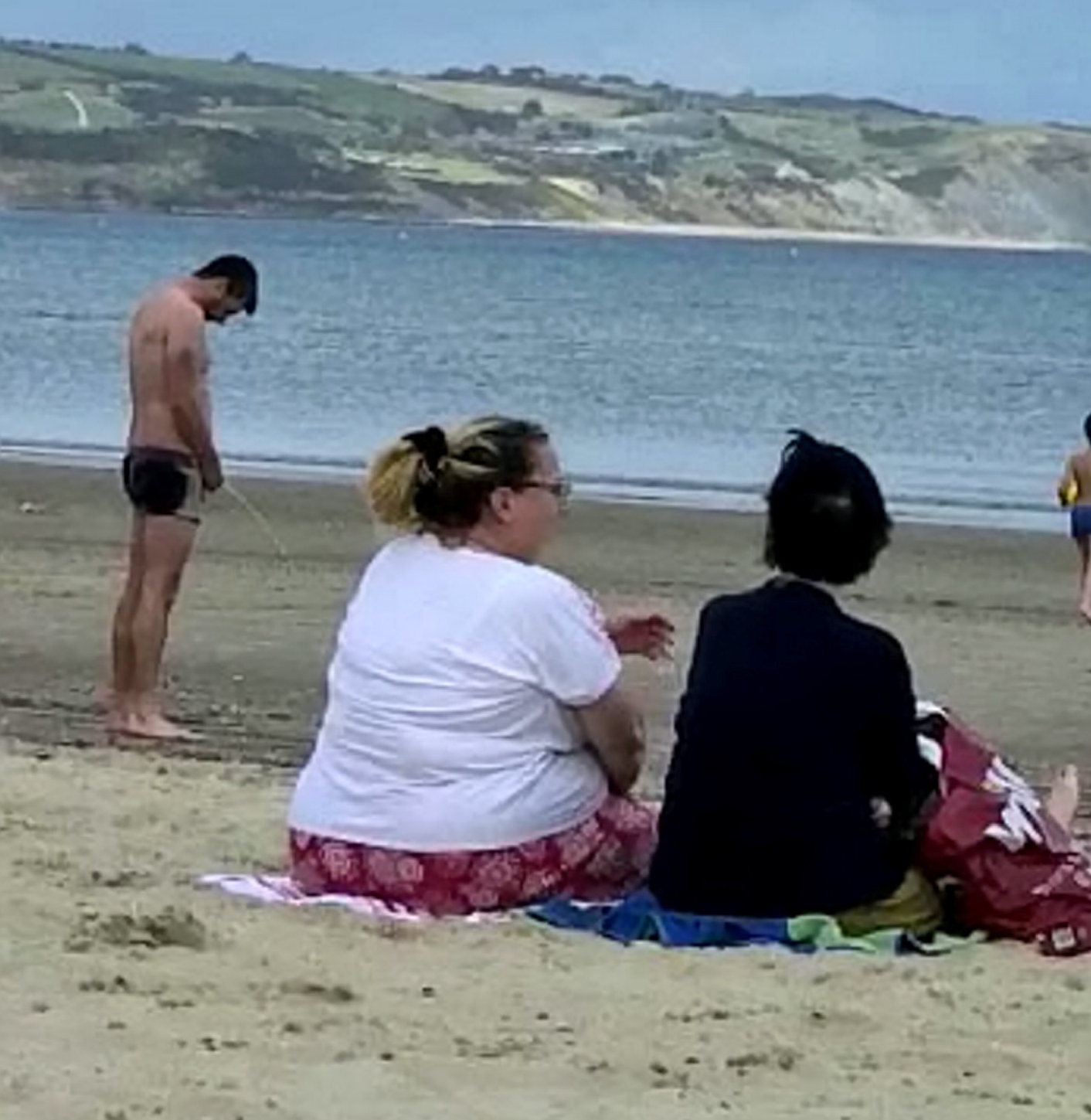 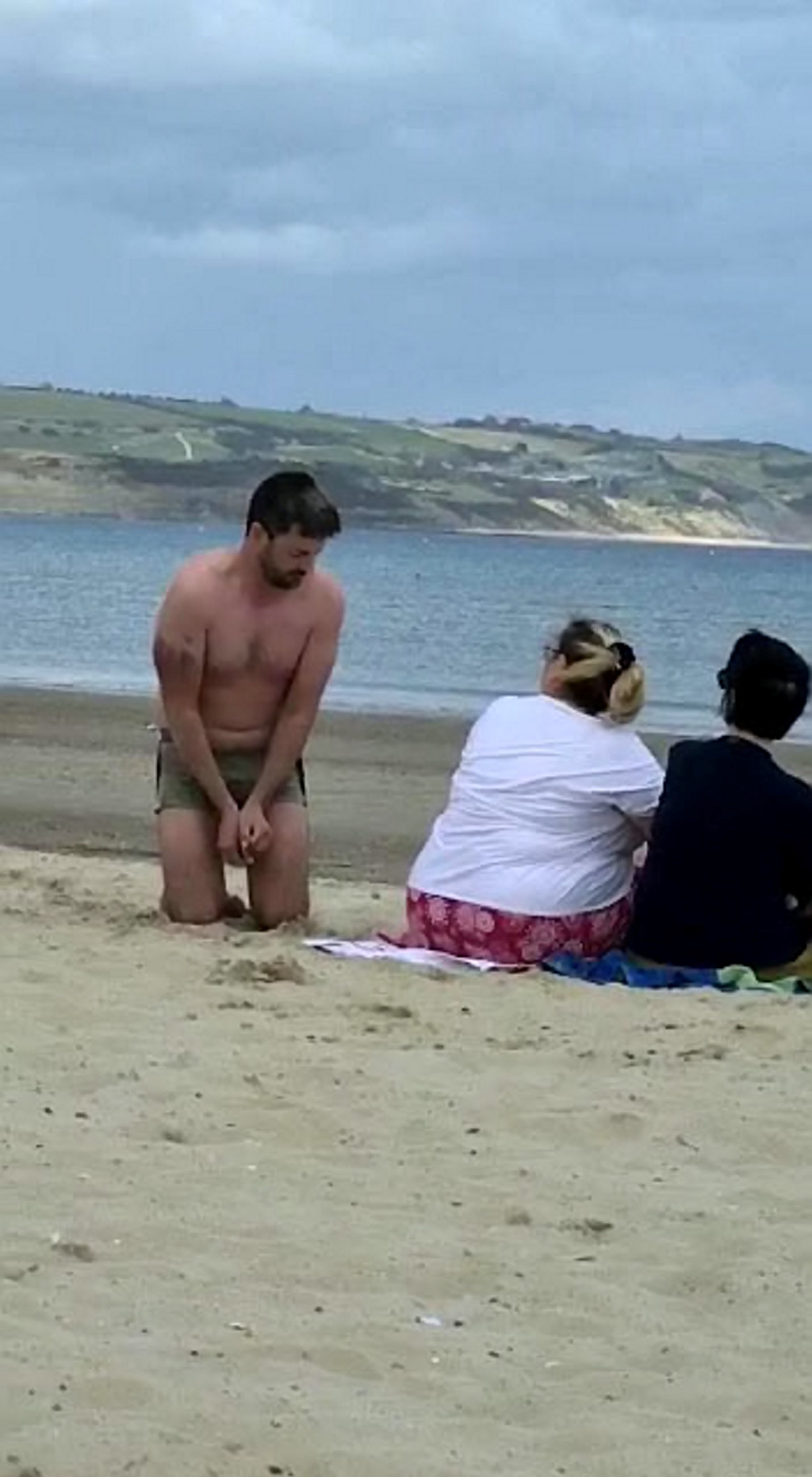 They noticed two men sitting nearby who were extremely drunk, having finished a litre bottle of vodka and acting erratically while at the beach on September 6.

But then one of the men left and the other man in the video fell asleep face-down in the sand, before getting up, stumbling around, and urinating in full view of everyone on the beach.

Admin worker Hollie said: "We were really shocked by what we saw. It was a really drunk gentleman on the beach being quite loud and weird.

"Then he slept on the beach and he had sand all over his face and he was stumbling around looking a bit lost, so I started recording.

We were really shocked by what we saw

In the footage, the man also stumbles over to a group he had nothing to do with and gets down on all fours.

Then he starts moving while trying to look under their towel. The shocked group, two women and a child, quickly move away.

Hollie continued: "He was in full view, there were quite a few people who saw it – it was the talk of the town that day.

"There were children around and people were shocked. He went up to a family after he finished, they weren't there with him – he just stumbled over the women and fell over.

"I have no idea what he was doing. I think he didn't know where he was – he didn't say anything to them. It looked like he just wanted a hug or something.

"He downed a whole bottle of vodka. You shouldn't get that drunk, especially if you're prone to not knowing what you're going to do.

"It's anti social behaviour isn't it, and shows a lack of consideration for everyone else."

It comes after many Brits have flocked to the beach during recent warm weather.

The mercury will be highest in southern parts of the UK, but most of the country will see a spell of warmer weather over the next few days, the Met Office said.

The current warm spell will be the longest in September since 2016, when temperatures reached 34.3C at Gravesend on September 13. 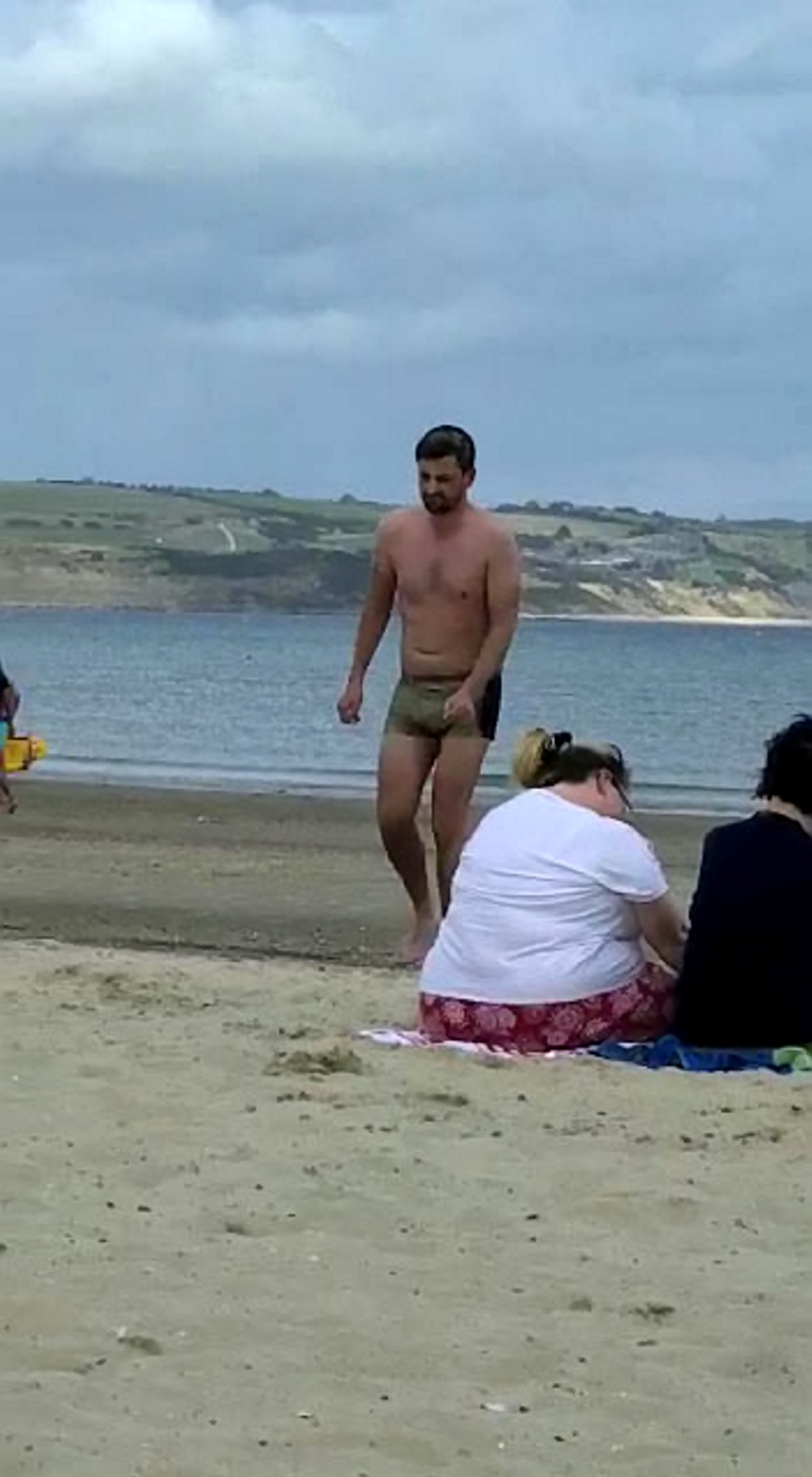 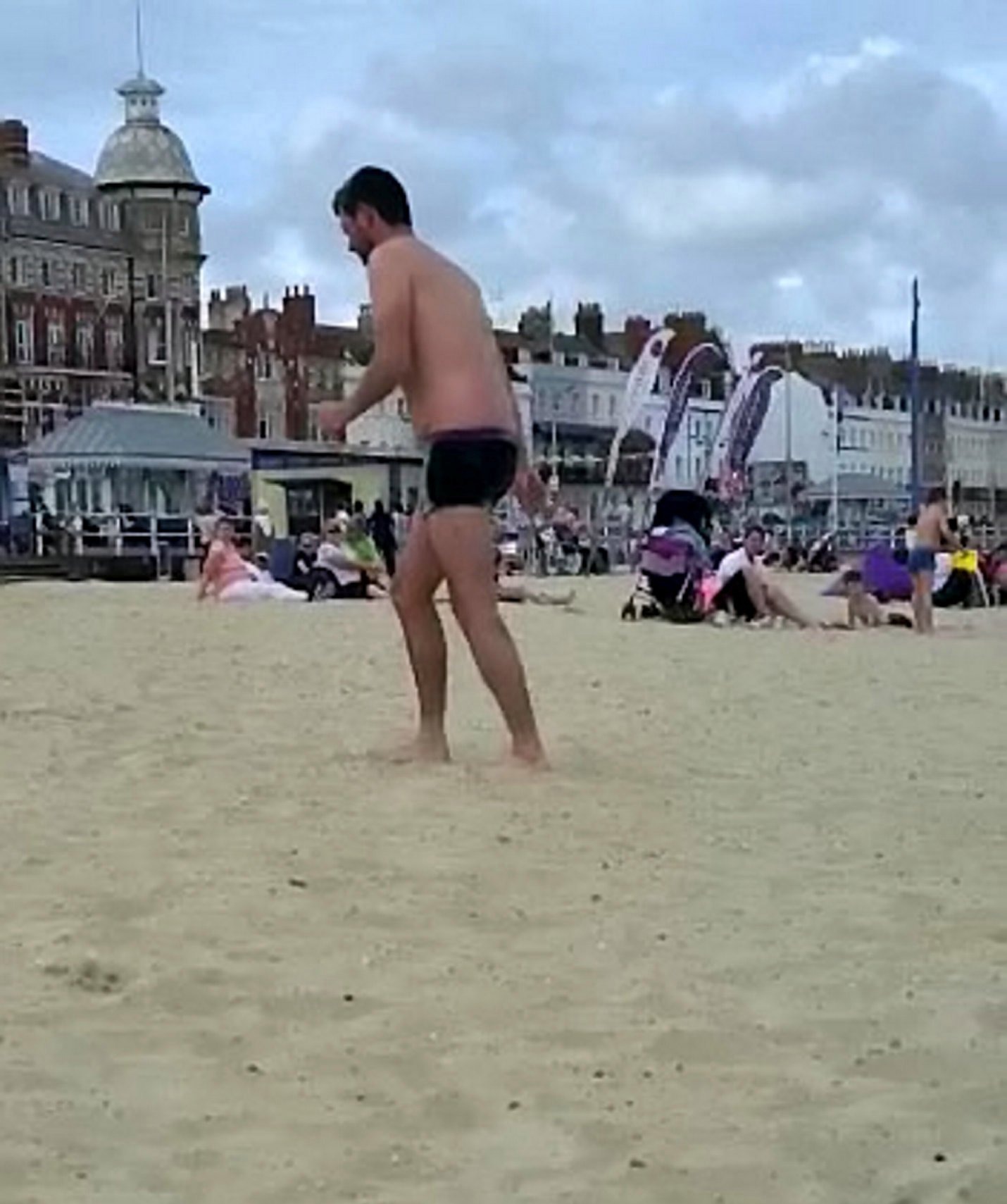 How Google Protected Andy Rubin, the ‘Father of Android’