Passengers were forced to sit with their luggage in aisles, couldn’t access the toilets or food trolleys and had “barely enough room to scratch themselves”. 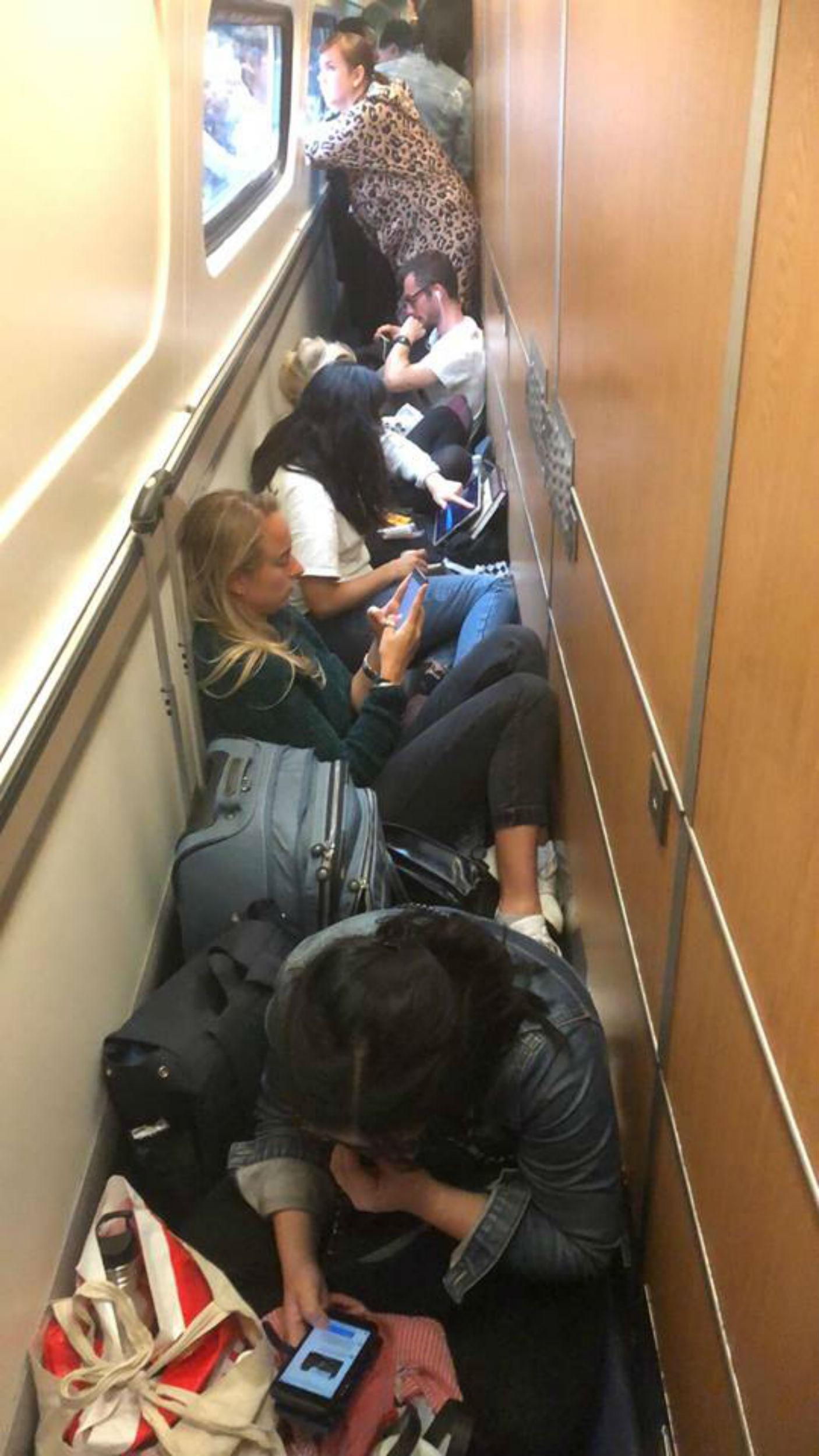 Lachie Robertson, from Melbourne, Australia, was travelling to London King’s Cross from Edinburgh on Monday after supporting his wife during her Fringe show.

The 35-year-old dubbed London North Eastern Railway (LNER) “idiots” after he was forced to stand during the four-and-a-half hour journey – while more passengers were allowed on at each stop.

The guitarist added that a member of staff on the train was seen taking pictures to send to bosses to show how “unsafe” conditions were.

Rail users have hit out at LNER over the pictures, dubbing it a “third world service”. 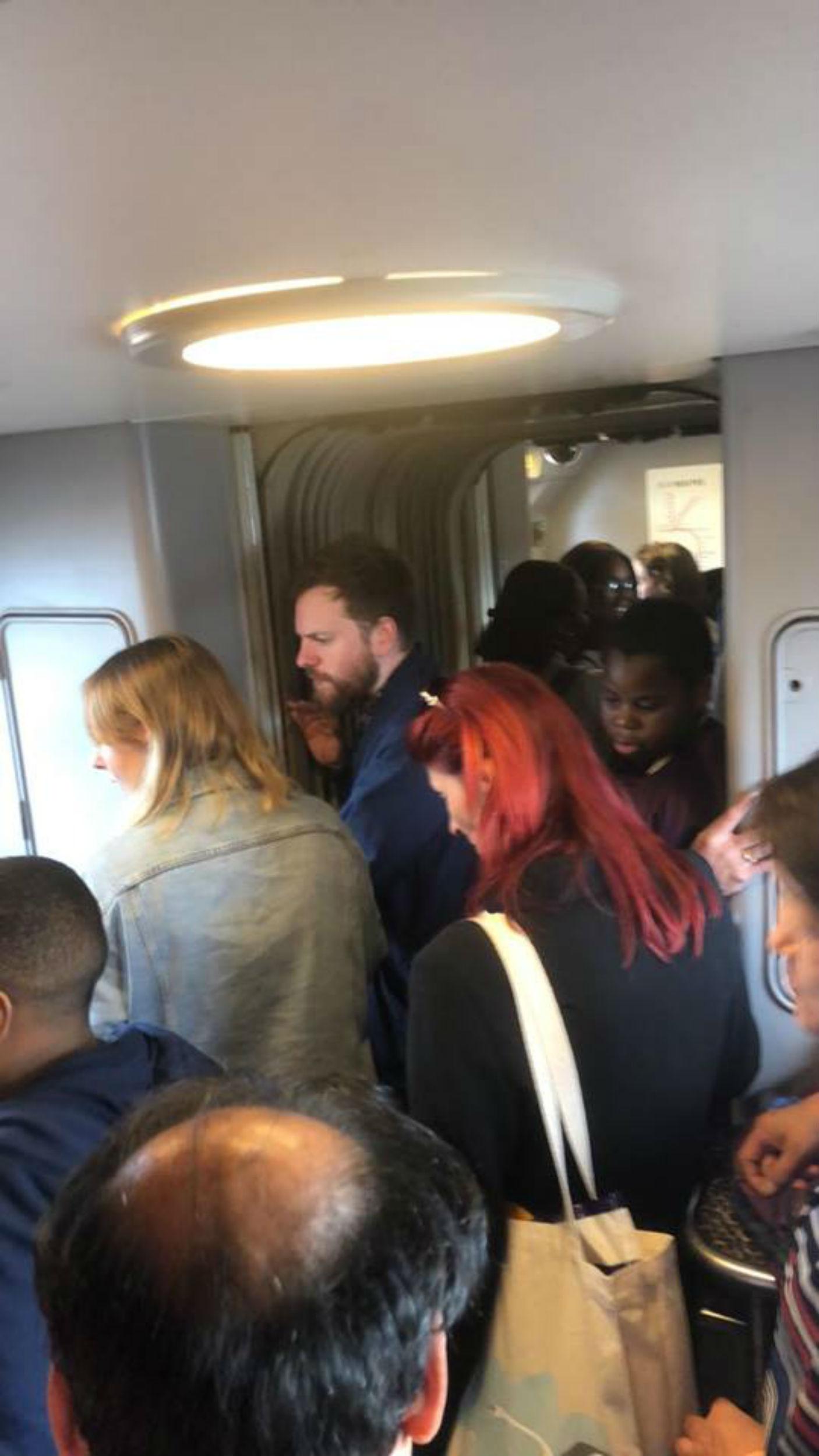 The 3.30pm service was running on the last day of the busy Fringe Festival, and followed reports of passengers stuck trying to get home from Edinburgh Waverley during a packed bank holiday weekend.

On social media, Dereck McCready wrote: “That is surely a safety issue. Time these companies get themselves sorted, charging first world prices for third world service.

"One can only image the carnage that would occur in an accident or terrorist situation.”

Robyn Thomson commented: “Soon we will see passengers hanging from the doors like they do in India. It would be funny if it wasn’t so sad.”

Malcolm Sutherland said: “Rail travel is an embarrassment in the UK.”

Speaking today, Lachie, who posted overcrowding photos on Twitter, said: “I and many others had to stand for the entire trip of four and a half hours. Despite the train being full at Edinburgh, more and more people continued to get on at each stop.

“We couldn’t move so we’re unable to use the toilets, or access any of the food or drinks as we had stood on the various platforms for three hours lining up and chasing the train that would eventually fit us.

“One young woman in her 20s suffered what appeared to be a panic attack and had to leave just before we took off.

“The train was extremely hot and in the aisle where we ended up stuck – there was no air ventilation or speakers to hear any of the announcements.”

Asked if he felt the train operators were being greedy, Lachie replied: “Yes. It felt like some idiot with an office job sold more tickets than they had seats because revenue is revenue, and left the poor staff to deal with it."

The shocking pictures emerged days after late-night revellers trying to get home from the Fringe during the bank holiday weekend were met with packed trains.

Services running from the capital were packed on Saturday night – forcing passengers to wait on the platforms for up to an hour-and-a-half.

There were also reports of fights on the platforms at both Edinburgh Waverley and Haymarket, with officers allegedly having to restrain angry passengers who were unable to board trains.

A LNER spokesman told Sun Online: “Some of our trains were very busy over the Bank holiday weekend due to engineering works on the West Coast route and to the end of the Edinburgh Festival.

"Due to this, we took a number of steps to try to ease the situation both in the run up to and during the weekend.

"This included warning customers in advance that services were expected to be busy and that seats should be reserved where possible, advising customers to travel later in the day on quieter trains and de-classifying First class carriages on busy trains.

“We are sorry that this didn’t help all of our customers and are looking at what we can learn from this experience to try and avoid this situation being repeated.”