Silicon Valley venture capitalist settles $1.8million sexual harassment lawsuit after employee said he stripped naked and fondled her on a work trip then fired her when she complained

A former Northern California business executive and his companies will pay $1.8million to settle a lawsuit accusing him of sexually harassing a female employee.

Lee William ‘Bill’ McNutt – who co-founded the firms Silicon Valley Growth Syndicate and International Direct Mail Consultants – has also been prohibited from hiring students from the Southern Methodist University in Texas, as part of the agreement.

The state Department of Fair Employment and Housing alleged in its lawsuit from last July that McNutt took the woman, the companies’ vice president for operations and communications, on trips in 2017 where he touched her under her clothes without her consent.

According to the lawsuit, McNutt, 65, took the woman to a nudist beach without notice and removed his bathing suit. 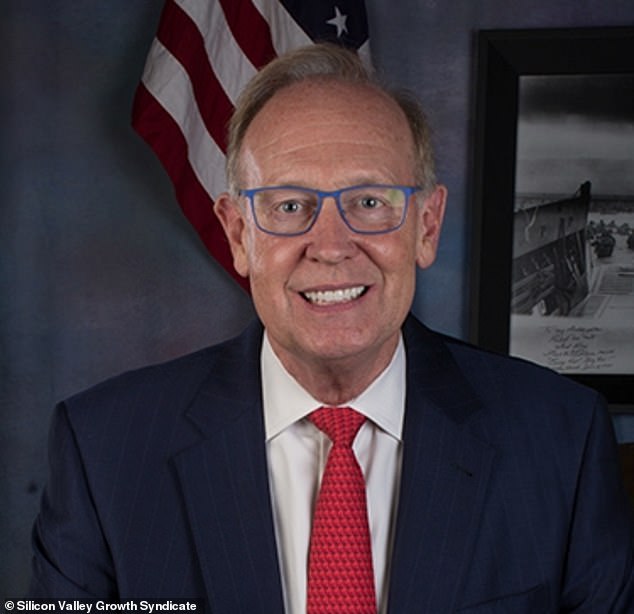 Two other men were named in the lawsuit, accused of not doing anything to stop McNutt.

In a text message from court records, McNutt allegedly sent an image and a video to another male who wrote back: ‘She is hot. Need to work it with her. Is it OK if I fly her back out here for Labor Day weekend?’

According to the lawsuit, McNutt replied: ‘Yes … offer to fly her out to CA.’

During a mandatory business trip to La Jolla, near San Diego in April 2017, he allegedly disrobed in their accommodation and gave her massage while sliding his hands beneath her shorts.

The woman said that when he told her it was her turn to give him a massage she went to her room in the Airbnb property, ‘locked the door, and pushed the night table in front of the door’.

The plaintiff claimed that she discovered close-up images of herself in a bathing suit on his phone but she was unaware the images were being captured. She claimed she saw similar images of other women that were taken from angles that suggest they were captured without consent.

The lawsuit’s Jane Doe also details turning down the offer of joining McNutt on a January 2018 business trip to Florida after he allegedly said she could only come if she shared a one-bedroom place with him.

The woman’s lawyer sent McNutt a complaint in March 2018 alleging violations of California laws and suggesting she be put on paid leave.

Instead she was dismissed in June 2018, according to court papers. 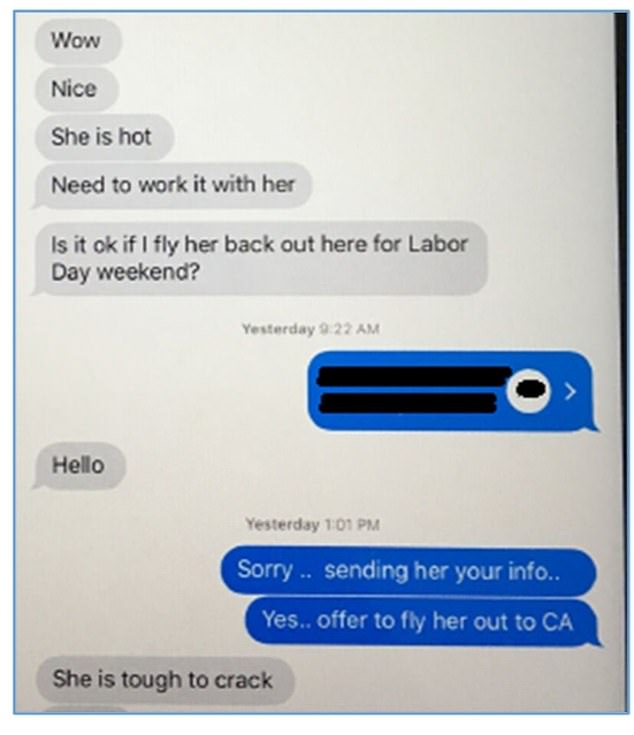 In a text message from court records, McNutt allegedly sent an image and a video to another male who wrote back: ‘She is hot. Need to work it with her. Is it OK if I fly her back out here for Labor Day weekend?’

David Oates, a spokesman for McNutt, told the San Francisco Chronicle that McNutt and his companies consider the California lawsuit ‘baseless.’

‘However, in light of the current gender discrimination environment, they ultimately opted to spare their family and friends from the ongoing stress that defending the suit brought and agreed to this settlement,’ Oates said.

In addition to the $1.8million, the settlement prohibits McNutt from hiring students from Southern Methodist University, where the alleged victim had been a student, was hired as an intern in January 2017 and had a full-time job as Chief of Operations by June 2017.

The accuser said he approached her at children’s soccer games and offered her work as a dog walker and modeling.

McNutt also attended SMU, and the Dallas Morning News has reported that the university barred him from campus in 2009 after complaints from female students.

At the time a report said there were ‘multiple student complaints against Mr. McNutt alleging behavior that violates University policy, such as offering alcohol to minors’.

Then in 2010 he was arrested for trespassing on the grounds of the school. 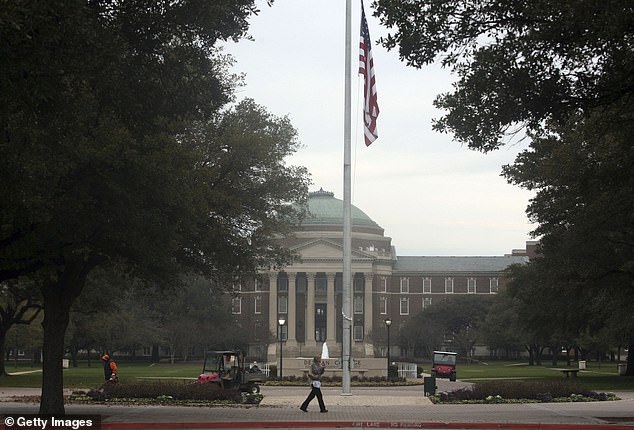 The settlement prohibits McNutt from hiring students from Southern Methodist University, where the alleged victim had been a student where he also attended. In 2010 he was arrested for trespassing on the grounds of the school

He ended up resigning from his position as Texas Commission on the Arts chair. McNutt was also a deacon at Highland Park Presbyterian Church and resigned.

The lawsuit also references a July 2007 email from Texas-based investment group Transition Capital Partners, where McNutt was a partner, with the subject line Problems must stop.

The firm’s president wrote to McNutt: ‘I am concerned about your involvement with our interns’ after one complained she felt uncomfortable at his house.

The president told McNutt ‘I have heard a similar report’ and said there was to be ‘no further involvement with any TCPIP employees at your house or anywhere else without permission from me or Harold’.

McNutt lives in Dallas, and the Silicon Valley Growth Syndicate, formerly based in San Francisco, is now located in Little Rock, Arkansas, where it invests in startup businesses. The company moved locations March 2019.

According to his LinkedIn profile, from 1989 to 1990 he worked under the Bush Administration as a Political Appointee who ‘created the first in-depth Department of Labor study of the 1992 European Single Integrated Market and its effect on the US’.

Extreme Makeover: Home Edition Is Back to Make Us All Cry