Sir Trevor McDonald has become at the centre of an animal cruelty row after ITV aired a camel wrestling event.

Sir Trevor visited a ‘camel wrestling’ event during an ITV programme, which has since come under fire for ‘legitimising’ animal cruelty.

The broadcaster discovers rough camel wrestling in Turkey on his journey across the Mediterranean during an episode of The Secret Mediterranean With Trevor McDonald.

The camels are seen tethered up before being hauled into an arena where they fight in front of a cheering crowd, the Mirror reported. 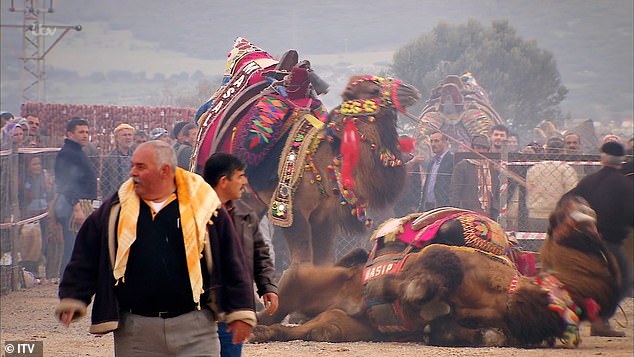 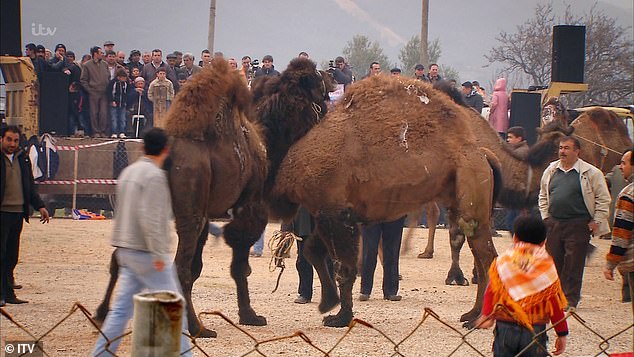 In the episode, Sir Trevor says it took more than 12 men to prize the camels apart once they considered the fight to have finished.

As two camels wrestle, he says: ‘There would be no tears or running away in this battle. Spectators expected a fight to the finish.’

Sir Trevor said the behaviour of the camels in the programme is ‘natural’, causing outrage from campaigners.

An animal rights organisation argued the behaviour could not be normal as the animals are bred ‘specifically’ for the event.

The Ethical Bucket List told the Mirror: ‘The animals are dressed in robes and are led into the arena to fight. I cannot understand how this can be called ‘natural’.

‘Let’s not forget that dogs also fight each other naturally on occasion, but we would never promote this as a tourist event.’ 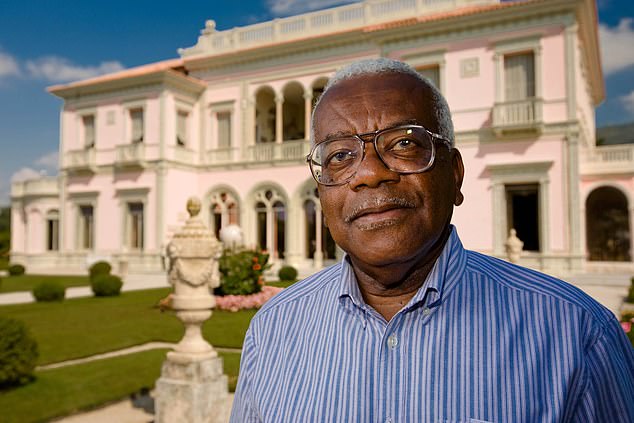 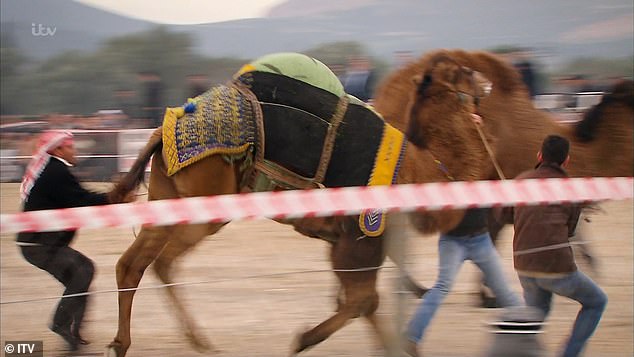 An animal rights organisation said that animal cruelty has gone ‘under the radar’, which goes to ‘legitimise and normalise this type of event’

It added that animal cruelty has gone ‘under the radar’ and airing the event only goes to ‘legitimise and normalise’ it.

The Ethical Bucket List said: ‘Legitimising this on prime-time television is irresponsible and may very well lead to people becoming immune to the tell-tale signs of animal cruelty.’

Camel wrestling is a sport where two male camels fight, normally after a female camel in heat is led before them.

It is a popular form of traditional sport in Turkey and is most commonly seen in the country’s Aegean region.

Contests in the Camel Wrestling League are held under strict regulation to protect the welfare of the animals, who may only wrestle in one 10 or 15 minute match per day, according to Go Turkey Tourism.

A camel can win the match one of three ways; by making the other camel retreat, scream, or fall.