A plus-size model claims she was asked not to bring ‘too many’ curvy friends on a birthday night out at a London club.

Kaisa Henriika is a UK size 18, weighs 15 stone, and works as a model in the capital.

She was trying to organise a birthday celebration and got chatting to promoter ‘Guestlist-Vip-Birthday-Tables’ on Instagram.

But when the club promoter asked her who would be attending, he wanted to check she would not be bringing ‘more than three’ plus-sized friends – for fear they would not get in. 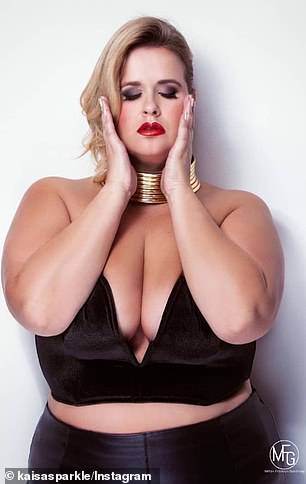 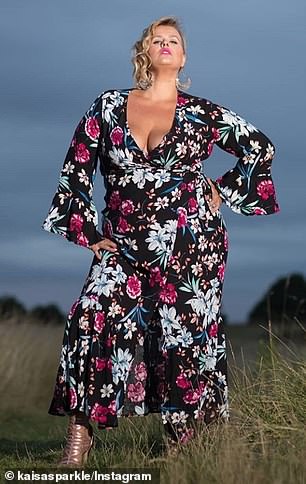 Kaisa Henriika is a UK size 18, weighs 15 stone, and works as a plus-size model. She was told not to bring ‘more than three’ plus-size friends to a London nightclub for her birthday for fear they wouldn’t get in

Ms Henriikka posted the conversation to her Instagram story, which showed messages saying: ‘Ok one last question – are all the guests plus size models, we are not trying to be rude but we know for a fact some clubs can be funny and we do not want to send you there.

‘If it’s two to three girls in your group that is fine, hope you understand.’

Shocked Ms Henriikka then replied: ‘So you only want skinny people in your clubs?’

The promoter, who represents celebrity nightspots including Cafe de Paris, Cuckoo Club, 18 Soho and the Maddox Club, then claimed it is a request made by the clubs and not them.

He added: ‘Not us I am just telling you what they told us as a company we do not want to send you there and you not get in.’

In an effort to reassure the model after the exchange, the promoters commented on her old pictures with comments such as ‘lovely’, ‘beautiful if you need access to clubs hit us up’ and ‘wow.’

Guestlist-Vip-Birthday-Tables claims to offer tables at Tonteria, the nightclub which was run by Prince Harry’s pal Guy Pelly, and Drama in Park Lane – criticised earlier this year for racism after black clubbers said they were charged double that of white women at the door. 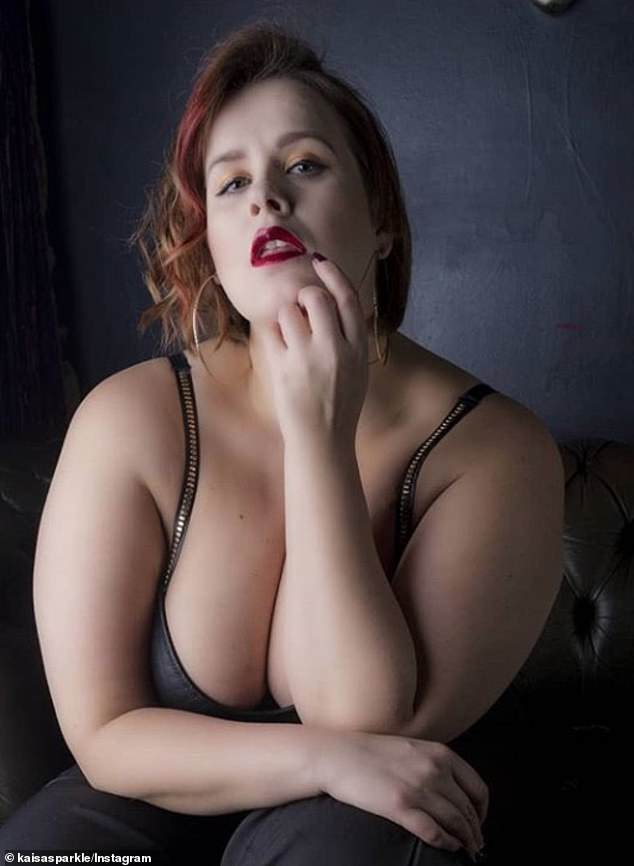 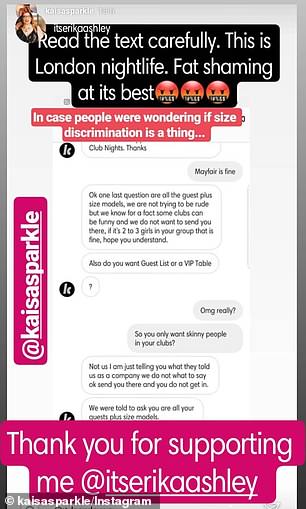 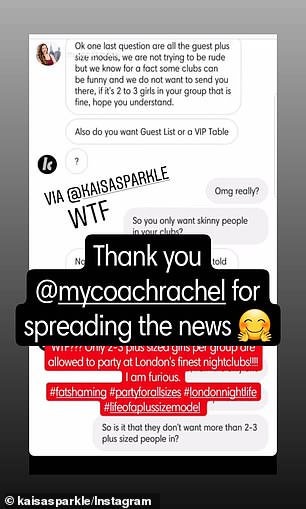 After Ms Henriikka shared the conversation with her 21,000 followers, she was flooded with messages of support.

Style and Curve Magazine re-posted Kaisa’s conversation along with the caption: ‘THIS IS WHY WE NEED TO ADDRESS THE FAT SHAMING ISSUE!!!

‘THINKING OF HOW MANY PLUS SIZE WOMEN DON’T DARE ENJOY THEIR LIFE BECAUSE THEY ARE SCARED OF GETTING FAT SHAMED.’

Rachel Spencer, an Instagrammer that has built her following on teaching self-love re-posted the image saying: ‘WTF??? Only 2-3 plus sized girls per group are allowed at party at London finest nightclubs!!! I am furious!’ 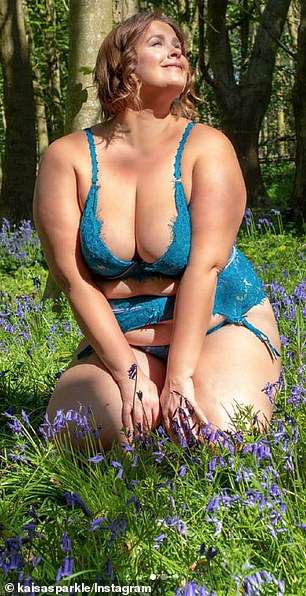 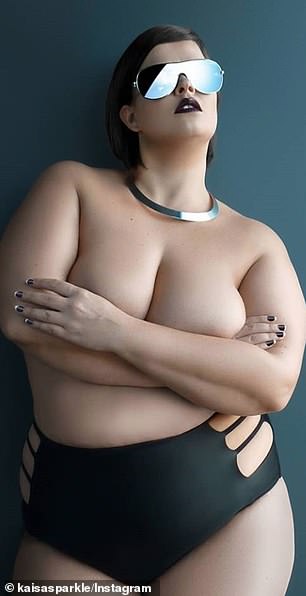 Pictured: Kaisa Henriika, who is a UK size 18, and works as a plus-size model in London 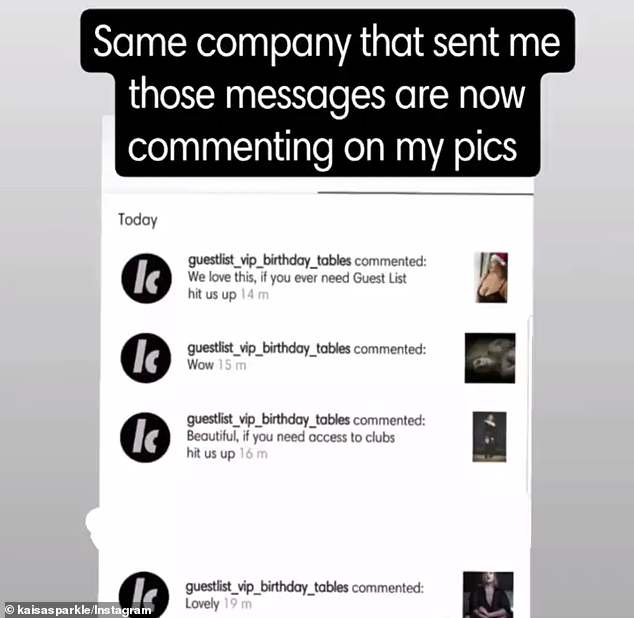 In an effort to reassure the model after the exchange, the promoters commented on her old pictures with comments such as ‘lovely’, ‘beautiful if you need access to clubs hit us up’ and ‘wow.’

She said: ‘I am literally getting messages every 5 mins from all over the world, the support for me fighting for plus size women is insane!!!’

Ms Henriikka is originally from Finland but now lives and works in London.

In 2015, London nightclub DSTRKT allegedly turned actress and TV presenter Zalika Miller for being ‘too fat and too dark’. According to Grazia, the doorman disappeared to check the girls out on the monitor to see if they should be allowed into the club. 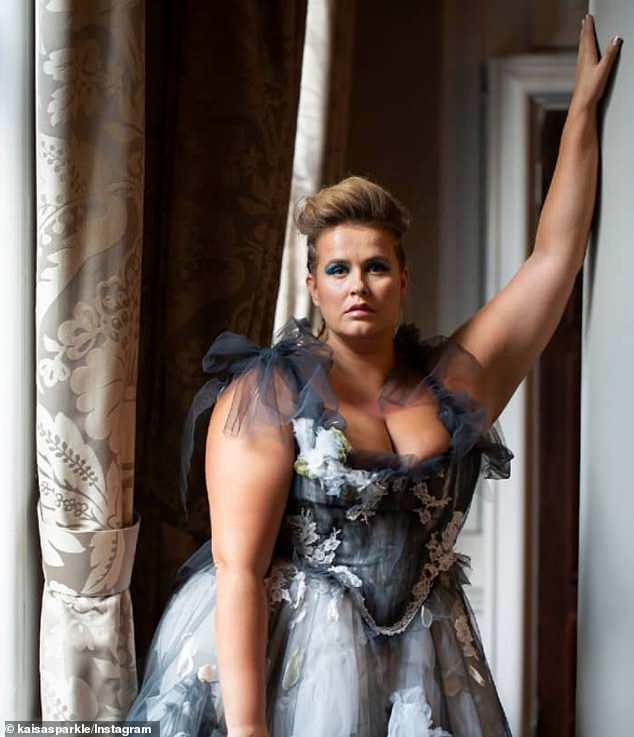 Busy Philipps Says She Was Raped at Age 14: 'It's Taken Me 25 Years to Say Those Words'

Evangeline Lilly Wants to Focus on Writing Rather Than Acting

Blake Shelton: Sexy Ends When I Have to Give Up My Sexiest Man Alive Title