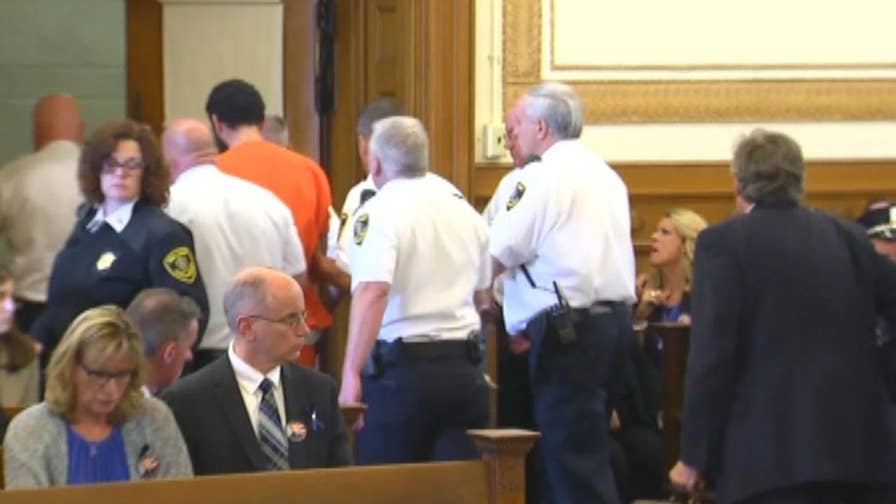 The widow of a Massachusetts cop lashed out at the man accused of killing her husband in an emotional and vulgar outburst following a court hearing on Thursday.

Emanuel Lopes, 21, pleaded not guilty to 11 charges, “including two counts each of murder” in connection with the slayings of Weymouth Police Officer Michael Chesna, 42, and Vera Adams, 77, on July 15, the Boston Herald reported.

The officer’s widow, Cynthia Chesna, yelled at Lopes as he was led out of the courtroom.

“He is an evil person for what he did to my husband,” Chesna told officers who escorted her from the courtroom, The Boston Globe reported.

Lopes was accused of stealing his girlfriend’s car before leading officers on a high-speed chase on July 15. He crashed into a car and fled the wreck, police said. Chesna responded to the scene where a man reported to police that a rock “half the size of a soccer ball” came through his window, prosecutors said. The man also told officers he saw Lopes holding the rock, Boston 25 News reported. 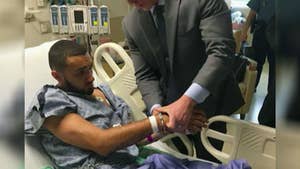 When the officer drew his gun and commanded Lopes to stop, the suspect allegedly attacked Chesna with the rock and struck him in the head. Chesna fell to the ground where Lopes allegedly took the officer’s gun and shot him 8 times.

Lopes also allegedly shot Vera Adams, a bystander who was near the scene and standing at her home, authorities said. Lopes was later shot in the leg by police.

Larry Tipton, Lopes’ attorney, asked that he be released on cash bail on Thursday and be held in a mental health facility.

Fox News’ Katherine Lam and the Associated Press contributed to this report.

Kathleen Joyce is a breaking/trending news producer for FoxNews.com. You can follow her at @Kathleen_Joyce8 on Twitter.

Line of Duty star warns fans to ‘be prepared’ in Kate, Steve and Ted finale clue

Iran scrambles to halt rial's slide amid threat of US sanctions