The hilarious moment a snake catcher grabs a six-foot long python from behind a TV cabinet as the family continues to watch TV has been caught on camera.

Tony Morrison, the owner of Redland’s Snake Catcher, arrived at a home in Cleveland, south of Brisbane, to dispatch of the serpent on Wednesday.

Mr Morrison expected to find the homeowners in hysterics due to the giant reptile stretched across their living room floor. 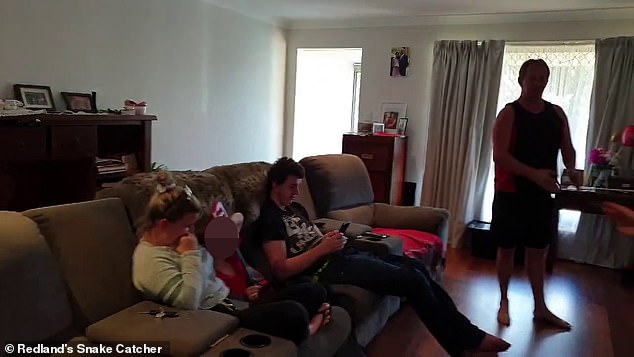 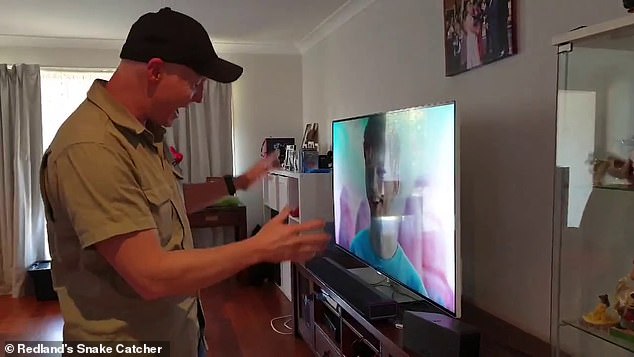 Tony Morrison (pictured), the owner of Redland’s Snake Catcher, arrived at a home in Cleveland, south of Brisbane, to dispatch of the serpent

If the snake is a python, it is not venomous.

Don’t ever try to pick up a snake.

Don’t ever kill one.

If you have one in your house, call a snake catcher.

But when he arrived, the veteran snake catcher was stunned to find the nonplussed family calmly watching TV – just metres away from the snake.

In a video shared on Facebook, Mr Morrison can be seen shifting the furniture to reveal the serpent while the unflinching family-of-four sat serenely on the couch.

‘The interesting part about this, is that it’s not just a little snake … he’s a good-sized snake,’ he said in the footage.

‘They just kept sitting there watching TV while the snake was there and they were waiting for me to arrive,’ he told Daily Mail Australia.

‘That not the usual response from people when they find a snake,’ he laughed. ‘They usually sit on the kitchen benches waiting for me.’ 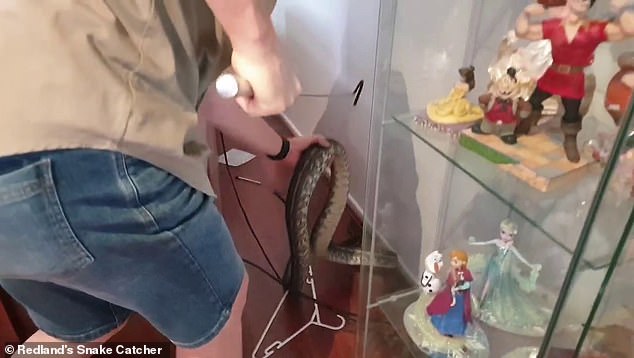 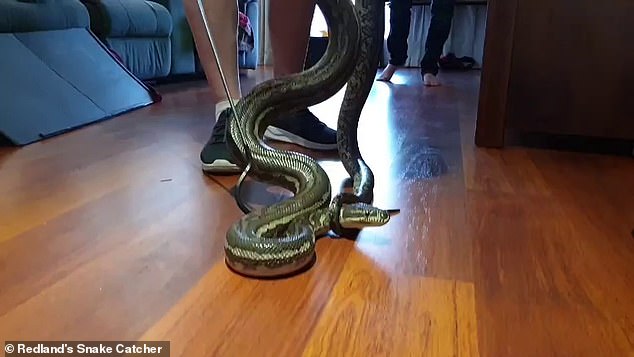 ‘The interesting part about this, is that it’s not just a little snake … he’s a good-sized snake,’ he said in the footage

‘How can such a big snake get in the house without being seen?’ another asked, to which the snake catcher added: ‘Not to mention the family sitting in front of the TV all afternoon, and it went unnoticed.’

Mr Morrison reminded residents that pythons are not venomous, and to call a snake catcher if they find one inside.

Acting U.S. Attorney Audrey Strauss Says “We Would Welcome Prince Andrew Coming in to Talk With Us”