A HUGE solar storm is set to hit Earth today.

This could cause major issues for power grids and even a Northern Lights-like display above the north of England and New York. 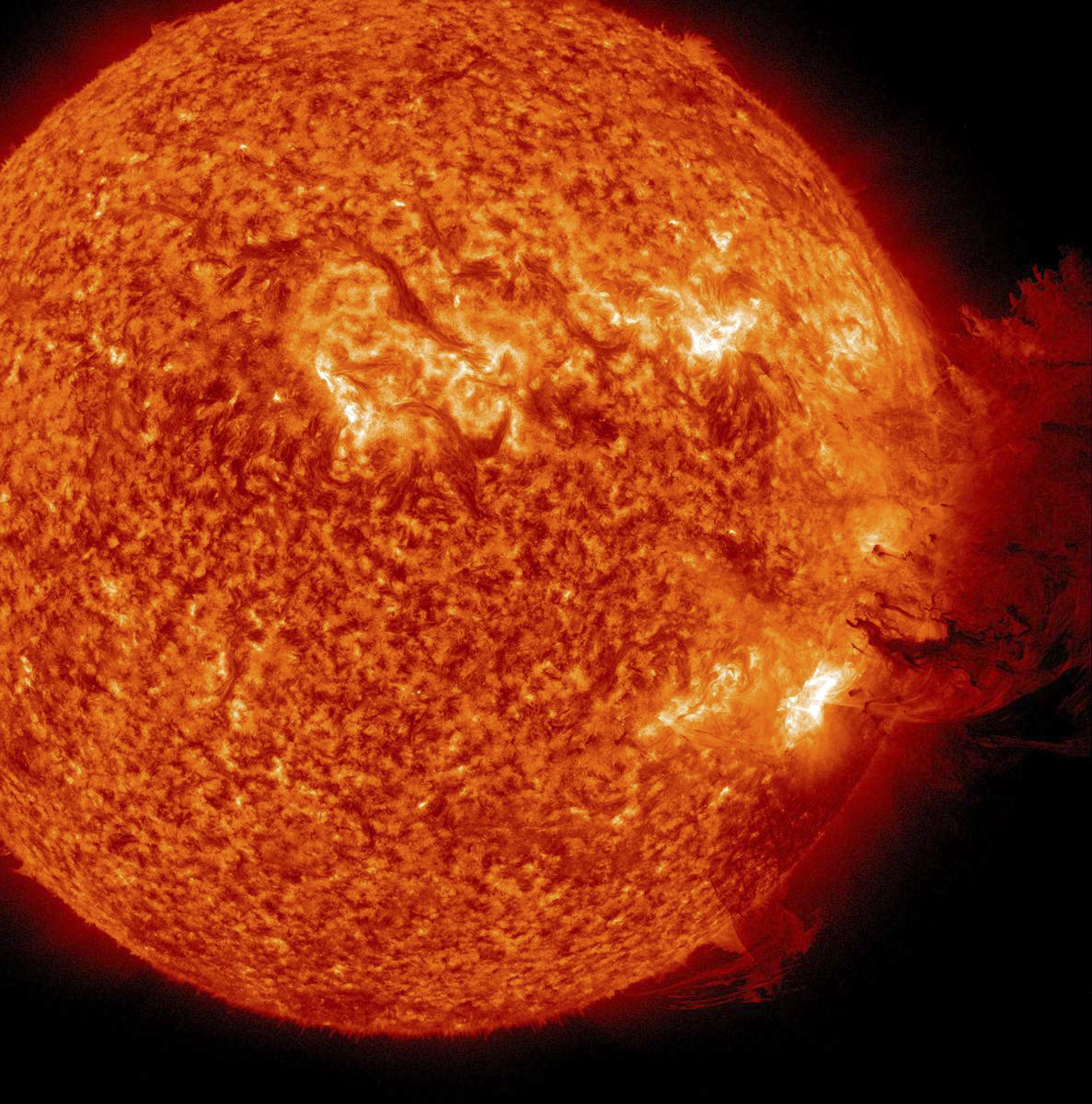 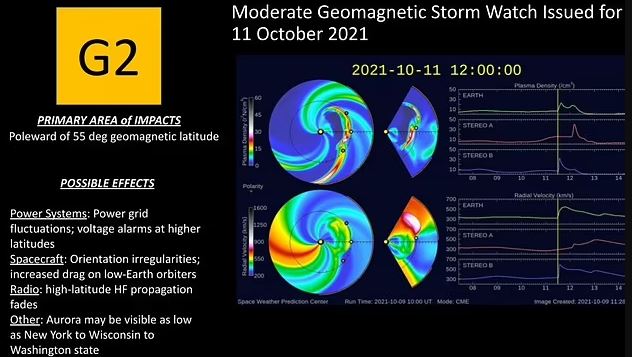 The solar storm is due to a type of solar flare called a coronal mass ejection (CME).

A CME is a huge expulsion of plasma from the Sun's outer layer, which is called the corona.

This is according to the Met Office and the US's National Oceanic and Atmospheric Administration.

The Earth's magnetic field helps to protect us from the more extreme consequences of solar flares.

Weaker solar flares are responsible for auroras like the Northern Lights.

Those natural light displays are examples of the Earth's magnetosphere getting bombarded by solar wind, which creates the pretty green and blue displays.

However, the Sun can also emit flares called 'coronal mass ejection', or CME, which are far stronger type of solar flare.

In 1989, a strong solar eruption shot so many electrically charged particles at Earth that the Canadian Province of Quebec lost power for nine hours.

Solar flares may cause issues for our tech on Earth but they could be deadly for an astronaut if they result in injury or interfere with mission control communications.

They can affect communication by disrupting radio signals.

The Sun is currently at the start of a new 11 year solar cycle, which usually sees eruptions and flares grow more intense and extreme.

These events are expected to peak around 2025 and it's hoped the Solar Orbiter will observe them all as it aims to fly within 26 million miles of the Sun.

The NOAA revealed on its website: "Event analysis and model output suggest CME arrival around midday on 11 Oct, with lingering effects persisting into 12 Oct."

The solar storm is only expected to be moderate but could last well into tomorrow morning.

There's no need to panic though.

The Met Office says the event should only cause "minor to moderate geomagnetic storms".

It said: "Minor storms may continue into 12 October, before a fast wind from a coronal hole may arrive, perhaps continuing the rather active period of geomagnetic activity.

"Aurora is possible through 11th across much of Scotland, although cloud amounts are increasing, meaning sightings are unlikely.

"There is a slight chance of aurora reaching the far north of England and Northern Ireland tonight, but cloud breaks and therefore sightings are more likely in Northern Ireland."

In other news, three entirely new lifeforms were recently discovered at different locations onboard the International Space Station.

Nasa has announced that it is accepting applications for wannabe space explorers who wish to fire their names to the Red Planet.

And, the Perseverance Mars rover has revealed stunning video and audio recordings from the surface of the Red Planet.

Justin Turner tested positive during the World Series, took off his mask around team after