South Africa has been at the mercy of devastating floods, as softened ground saw homes swallowed up in seconds. The death toll from extreme flooding and mudslides has jumped from 32 to 51, a local government official confirmed. Durban was one of the worst-hit areas, swamped by 10 inches of rainfall in 48 hours – more than the average amount for the entire month of April. Elsewhere, Paddock, KZN, was hit by 12.5 inches.

On Thursday last week, 13 people were killed when part of a church in Dlangubo, KwaZulu-Natal, collapsed following heavy rains.

More bodies were discovered under the rubble as rescue operations continued throughout Tuesday night.

Many of the dead were killed in the floods as they were crushed by their homes or drowned in the flood waters, Rescue Care spokesman Garrith Jamieson said.

Nomusa Dube-Ncube, the KZN MEC for cooperative governance and traditional affairs, said further downpours in the Urgu and King Cetshwayo districts had added to the number of fatalities across affected regions. 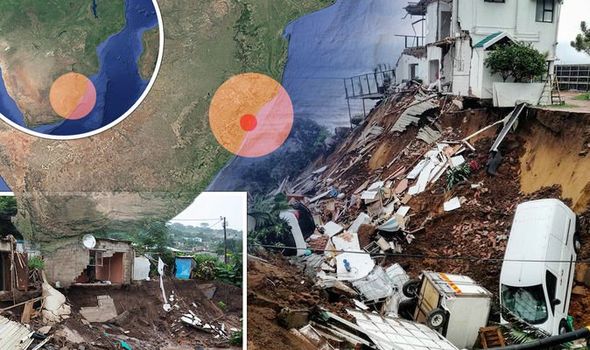 She urged residents to remain on full alert and to move to higher ground if under threat, adding disaster relief efforts were in progress in all affected areas.

Ms Dube-Ncube said: “Roads have been flooded too, disrupting traffic as KZN enters the first working day after the Easter weekend.

“Motorists and pedestrians are urged to exercise utmost caution on the roads that are already flooded or where there is high risk of flash flooding.”

Authorities say several people are still missing, including children, with the youngest death said to be that of a six-month-old baby.

South African President Cyril Ramaphosa has flown to the devastated region after cutting short an official trip to Egypt.

He tweeted: “Arrived back home and flew to KwaZulu-Natal to assess the damage caused by the floods and review the recovery efforts.

“Our thoughts are with the affected communities in KZN and Eastern Cape. I urge those living in the affected areas to take extra caution in this period.” 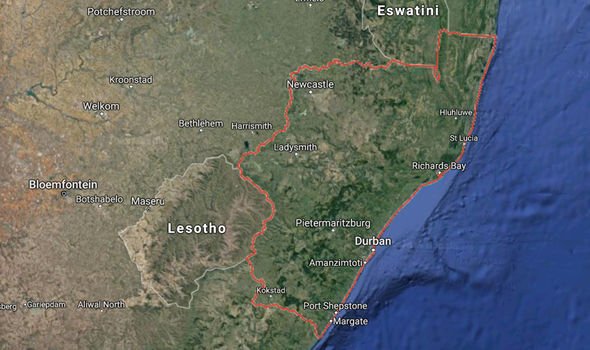 The KZN provincial government has also called on citizens to offer their support.

In a tweet, the local government authority said: “We appeal to all citizens of KZN to open their hearts & dig deep into their pockets & join @KZNGOV in assisting those affected by the devastating storms.

“Many have lost their lives, homes & belongings. They need our help & they need it now!”

More than 2,000 emergency calls have been placed since Monday night, with power outages affecting vast swathes of the region. 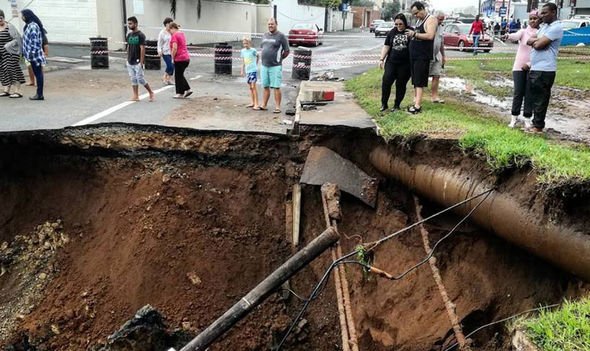 What caused the flooding?

The flash flooding was caused by a storm system barrelling across South Africa’s eastern coast.

Although the storm has moved away from the Eastern Cape, it continues to cause heavy rainfall in the Western Cape and Northern Cape.

Ms Dube-Ncube said efforts to move people out of low-lying areas would be renewed after previous attempts were made in recent years.

She added: “We will continue with negotiations in some of the areas where we believe the long-term solution is people moving out.”

How to deal with money worries smartly