A woman cheated death with seconds to spare after running across railroad tracks just before a train sped past and almost hit her.

Despite the barrier being down, and red warning lights flashing, she foolishly crosses the tracks as a Norfolk Southern freight train blares its horn to herald its approach.

The woman makes it across just in time as the train hurtles past, near Clack’s corner store along Lancaster Highway. 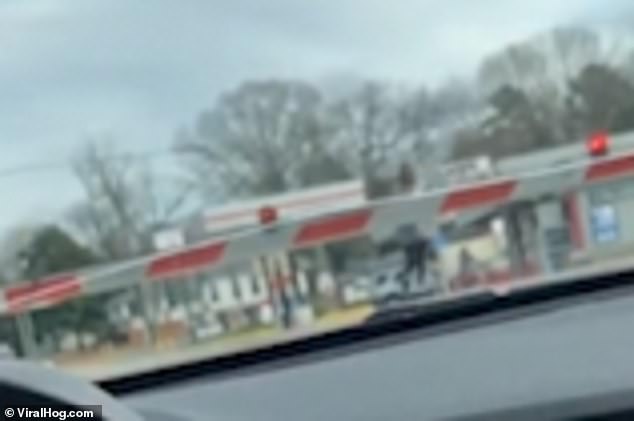 The reckless woman runs towards crossing arms on a railroad track in Chester, South Carolina, as a freight train fast approaches 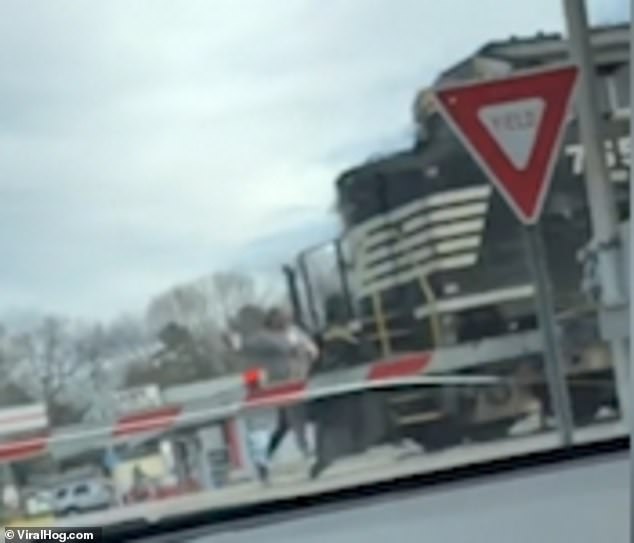 Despite the barriers being down, and red warning lights flashing, she dices with death by continuing to head to the other side – inches away from the oncoming train

Video of the incident, which took place on December 28, was posted by a motorist, and titled, ‘Chester people so damn stupid it don’t make no sense’.

The driver said: ‘I saw a lady running fast up the sidewalk trying to beat the train.

‘I had enough time to grab my phone because of the distance she was running from. 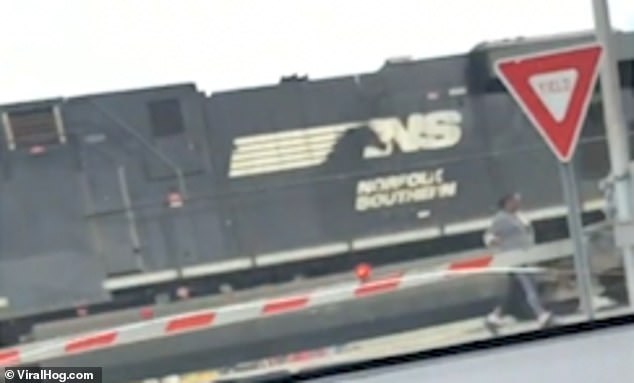 ‘She definitely made it to the other side of the train in time. I don’t understand why someone would do that.’

In a statement, Norfolk Southern said the safety of its employees and the communities it serves is its main concern, MSN reported.

The train company advises motorists and pedestrians to stay alert around railroad tracks and be mindful of warning signs and signals at railroad crossings.

The 12 Most Comfortable Flats Every Woman Should Own