Speeding driver is jailed for five years for killing Christmas shopper, 64, as she crossed road in 69mph crash after he was distracted by his DOG

A speeding driver who killed a woman in a 69mph crash after he was distracted by his dog has been jailed for five years.

Florin Firulescu, 51, was behind the wheel of his blue Subaru when he ploughed into Prakash Kaur on a pedestrian crossing, killing her instantly.

Ms Kaur, 64, was walking home after Christmas shopping at 4pm on December 14, 2018, when she was mown down in Coventry.

Warwick Crown Court heard Firulescu was travelling at 69mph in a 30mph zone when he hit her.

The court heard he was looking at his dog in the rear-view mirror when he lost control and crashed into Ms Kaur. 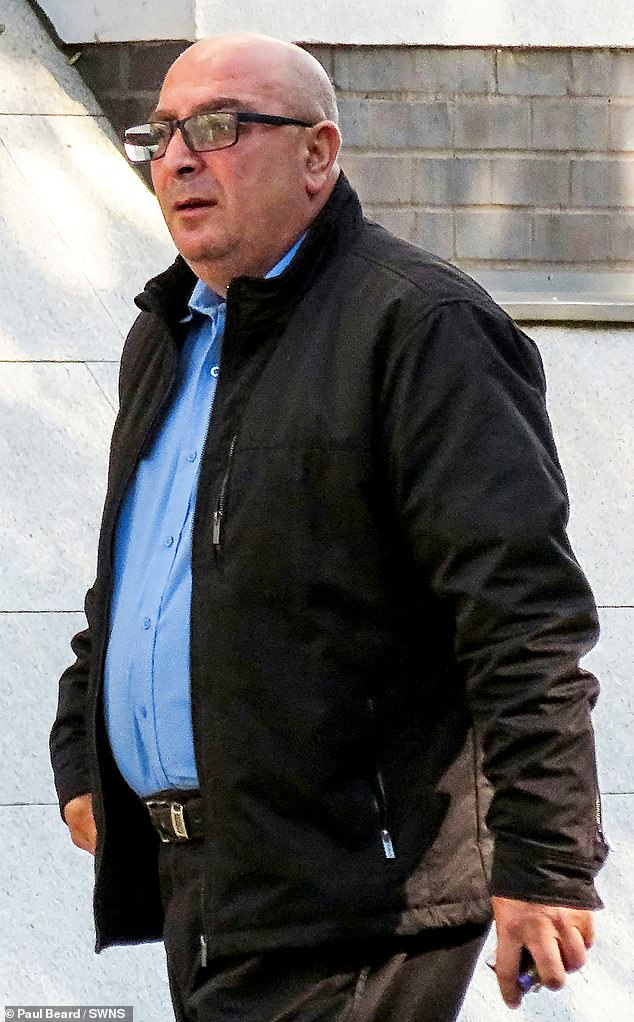 Florin Firulescu (pictured), 51, was behind the wheel of his blue Subaru when he ploughed into Prakash Kaur on a pedestrian crossing, killing her instantly

Firulescu, of Coventry, was jailed for five years on Tuesday after he admitted causing death by dangerous driving.

Sentencing, Judge Sylvia de Bertodano told him: ‘This is a busy built-up residential area, and it was 4pm on an afternoon in the build-up to Christmas, and there were many road-users, including pedestrians.

‘Despite this, you were driving very fast indeed. One of the pedestrians described your driving as ”mad.”

‘Meanwhile, unaware of the risk, Prakash Kaur was crossing the road.

‘She was three-quarters of the way across the road when you hit her, killing her instantly.

‘Fifty-two metres before that crossing the speed limit changed from a 20 to a 30mph limit.

‘You were accelerating towards the crossing at the point you applied the brakes. 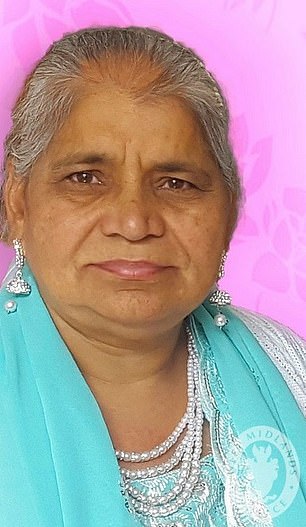 Ms Kaur (pictured), 64, was walking home after Christmas shopping at 4pm on December 14, 2018, when she was mown down in Coventry

‘What is very clear is that had you been driving within the speed limit, you would have been able to stop in plenty of time, and none of us would be here today.

‘On your own admission, as well as driving at a very high speed, you were avoidably distracted as you were looking at your dog in the rear-view mirror moments before the accident.

‘It is clear from what I have read that it is an understatement to say [Ms Kaur] was a much-loved family member as well as a highly-respected member of the community.’

The court heard that in August 2018 Firulescu was fined and slapped with six points for using his mobile phone at the wheel.

Lee Marklew, prosecuting, said after the crash he tried to blame the tragedy on the victim.

He said: ‘At the scene the defendant said she had run across from the other side of the road, which was plainly untrue.’

Ms Kaur was described as ‘a highly respected member of the community,’ very active with charitable work, and was ‘someone who was loved by very many people.’

Her nieces and nephews said she was ‘utterly selfless’ with ‘infectious positive energy,’ who was ‘the star who bound the family together.’

‘He had been looking in the rear-view mirror, and it is correct there was a dog in the back of the car.’

How tiny homes are helping cash-strapped teachers in Arizona