Staff working at St Basil’s Homes for the Aged were given outdated infection control training in the lead-up to a deadly coronavirus outbreak that left some elderly residents starving in their rooms and in soiled clothing for days, a court has heard.

Harrowing allegations of severe neglect in the Fawkner aged care facility emerged at a Supreme Court hearing into a major class action against the operators of the home on Wednesday. More than one-quarter of St Basil’s 120 residents have died since the coronavirus outbreak started in early July. 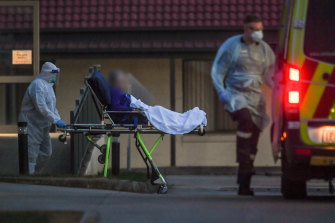 The management hearing for the case was told training for staff, including how to correctly use personal protective equipment such as face masks, was conducted by a doctor whose expertise in infection protection was unknown and who based their training on outdated clinical guidance.

Between May and July last year, family and friends visiting the home were not told to limit visits, despite rising community spread of the virus. Face masks were not enforced, hand sanitiser was not readily available and hygiene standards were lax in communal living areas, according to the writ submitted to the Supreme Court and seen by The Age.

Andrew Broadfoot, QC, acting on behalf of the residents and their families, told the court the residents were often not fed because there was not enough staff to feed them.

Others were left in soiled clothing for prolonged periods, he said.

Mr Broadfoot said residents and their families were eager to see the class action fast-tracked through the court system, citing the ill health and age of many of his clients.

“We want to get on with this case because … these are frail and elderly people and they are going to be dying before the trial if we don’t get it running sooner rather than later,” he said.

In some cases, residents asked for food and staff members would not give it to them, instead sending them back to their rooms, the court heard.

Documents submitted to the court also allege that in one case meatballs were given to residents, but the meat was so tough many of the residents were unable to chew it. When one asked for a softer food item, he was told: “Take it or leave it.”

One resident, Chris Vaggo, complained to management before the deadly outbreak hit the home that he had observed staff wearing protective equipment incorrectly and he was worried they could bring the virus into the home with them, court documents allege.

Despite his complaint, no action was taken, the court heard.

The retirement home also faces claims it repeatedly breached state and federal regulations by continuing to operate when it should have known lives were endangered, according to the court documents.

Effie Fotiadis was the first plaintiff to launch civil action against St Basil’s, which is owned by the Greek Orthodox Church. Her 79-year-old father, Dimitrios, died on July 25 in the Northern Hospital after becoming infected with coronavirus at the home. 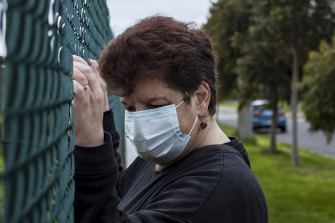 A statement of claim filed in August last year accused St Basil’s of breaching its duty of care to residents on more than 26 occasions, which contributed to the rapid transmission of the virus.

The home is already the subject of an investigation by State Coroner John Cain and a police taskforce, along with a federal government inquiry.

St Basil’s is a wholly owned entity of the Australian Greek Orthodox Church and its most recent financial posting shows the home had revenue of $13.1 million in the financial year ending in 2019.

Almost all its revenue came from the federal government. From that revenue, St Basil’s last year sent $2.5 million back to the church as rent.

St Basil’s was placed in the hands of replacement staff on July 22 after Victorian Chief Health Officer Brett Sutton directed the facility’s entire management and staff into quarantine to contain the COVID-19 outbreak.

14 Summer Blouses We're Definitely Buying ASAP — All Under $20 on Amazon!

Samsung Galaxy S11 Price Alert: Hold off just yet, this S10 deal might be better