Stalker, 26, who branded a glamour model a ‘prostitute’ and stared through her tattoo shop window ten times a day is banned from contacting her

A persistent stalker who harassed a glamour model turned tattoo shop owner and branded her a ‘prostitute’ has been banned from ever contacting her again.

Yusuf Elhabachi, 26, began to ‘torment’ Helen Green five years ago by walking past her tattoo shop, One by One in Soho, central London, and staring at her ten times a day.

Miss Green, who models under the name Arabella Drummond and has partied with the likes of Professor Green and welcomed Kanye West in her store, described how the abuse suddenly stopped but Elhabachi returned to the shop in 2018 after a five year gap. 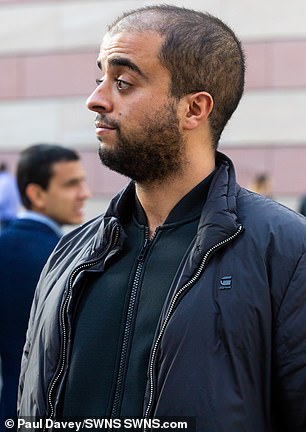 He then continued to visit regularly and stare at her through the window until she reported him to police and he was arrested in June.

Bearded Elhabachi, of Forest Gate, east London, was handed an indefinite restraining order and told he must complete 30 days of rehabilitation.

Magistrate Edward McMullan also ordered Elhabachi to pay £285 in costs after he was found guilty of harassment at an earlier trial.

Prosecutor Malachy Pakenham told City of London Magistrates’ Court: ‘Back in 2013 the defendant went to the shop and initially made some sexual remarks to Miss Green and comments were made like, ‘you’re like a prostitute’. 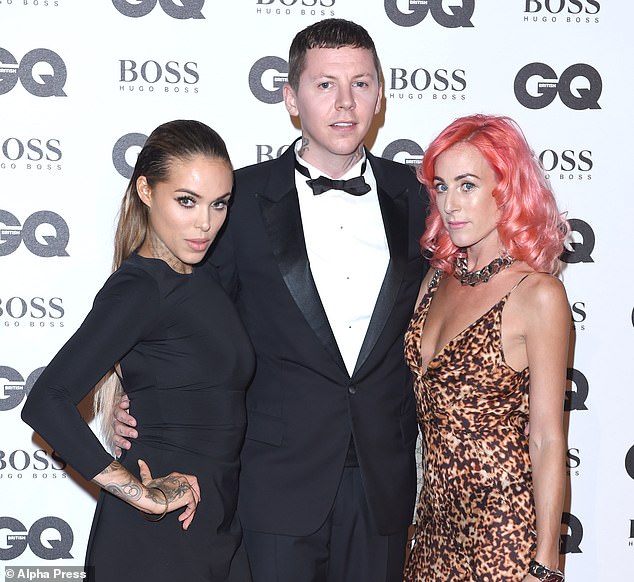 Professor Green, Arabella Drummond (left) and designer Katie Eary at the GQ Men Of The Year Awards in 2016 at the Tate Modern in London 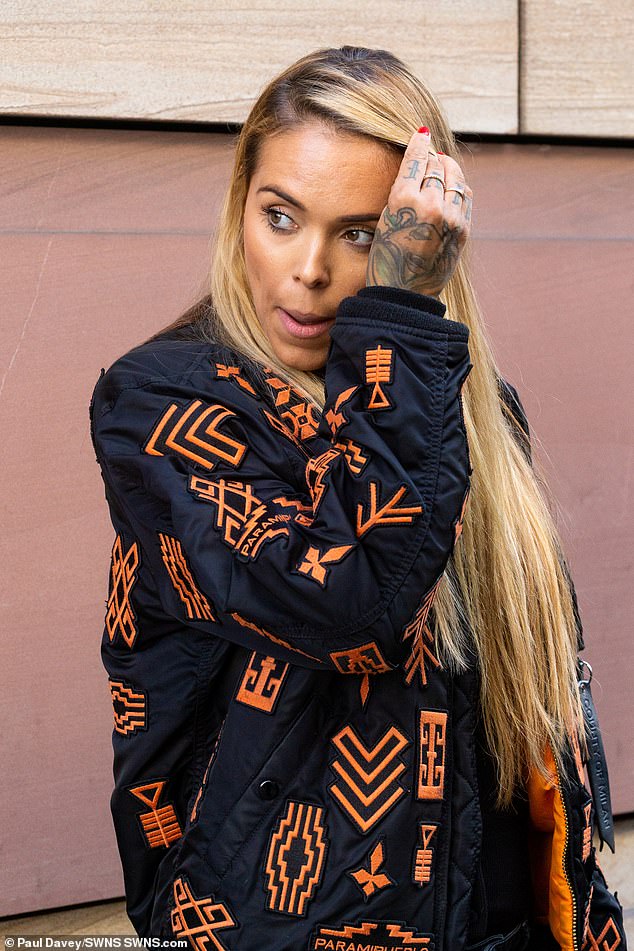 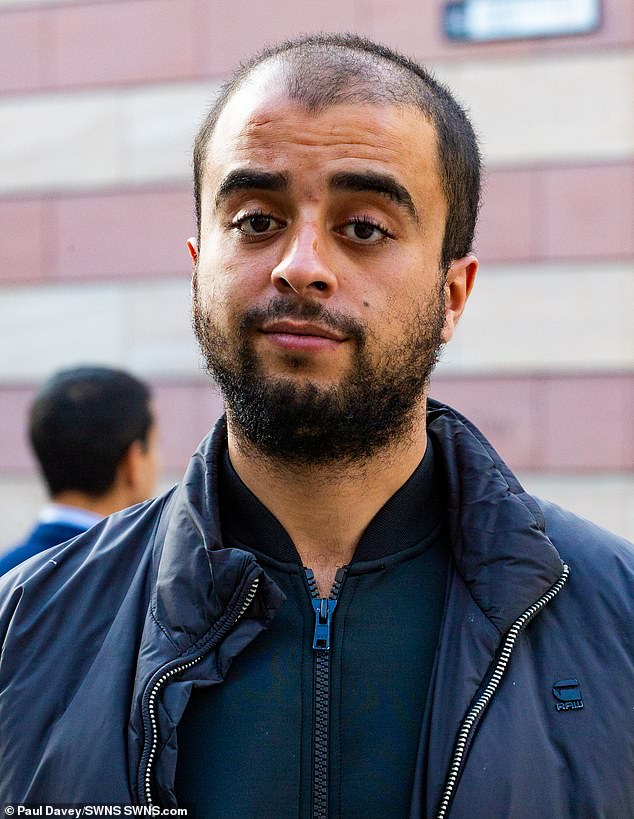 Yusuf Elhabachi, 26, is said to be in breach of a harassment notice by turning up at the One by One tattoo parlour in Soho

‘After this the defendant started walking past the shop, she describes as him as staring at Miss Green, looking through the window.

‘The behaviour carried on for a few months then stopped.’

He added: ‘She started to see the defendant regularly, she saw him twice a day standing outside her shop. He would stand there and stare at her.’

Reading a witness impact statement, the prosecutor added: ‘She believes his actions are sexually motivated because he made comments back in 2013 about her being a prostitute.’

Her statement added: ‘I actually cried with relief when he was arrested. I have genuinely had sleepless nights over this, I’m getting very tearful when I talk about it.’ 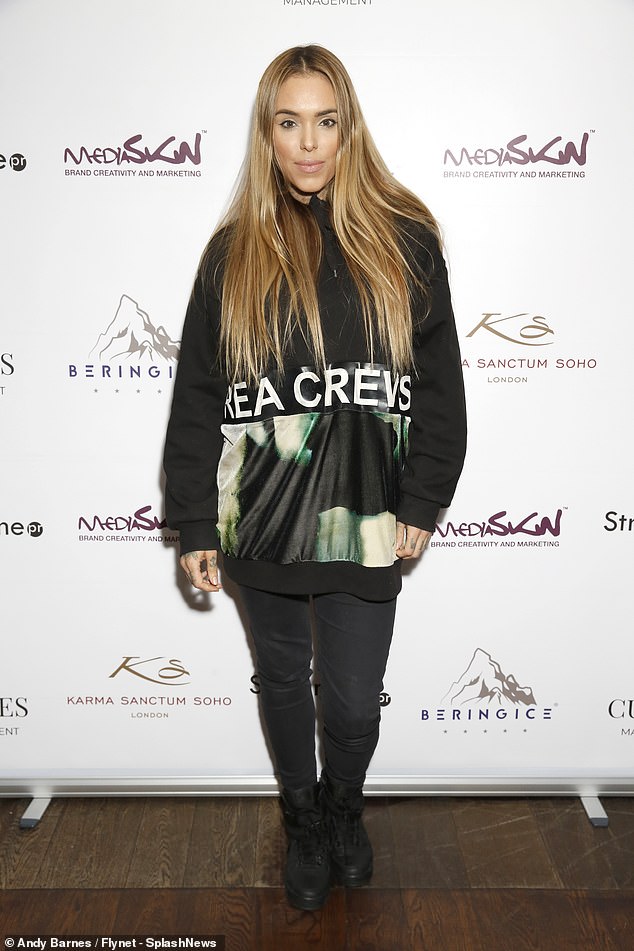 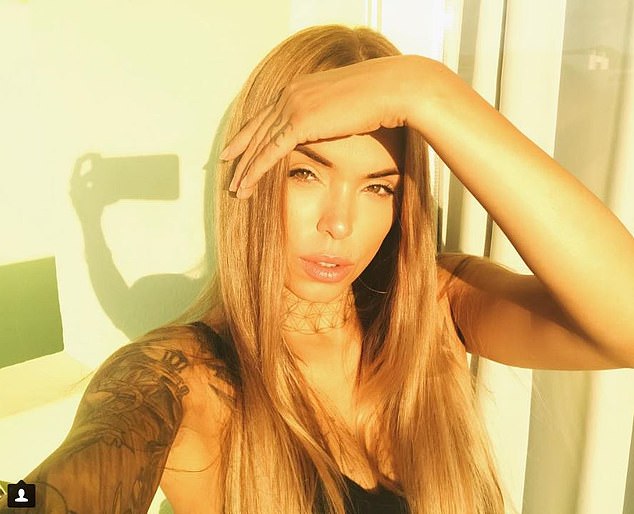 An Instagram picture of Ms Green in Ibiza. She said she cried with relief when Elhabachi was arrested 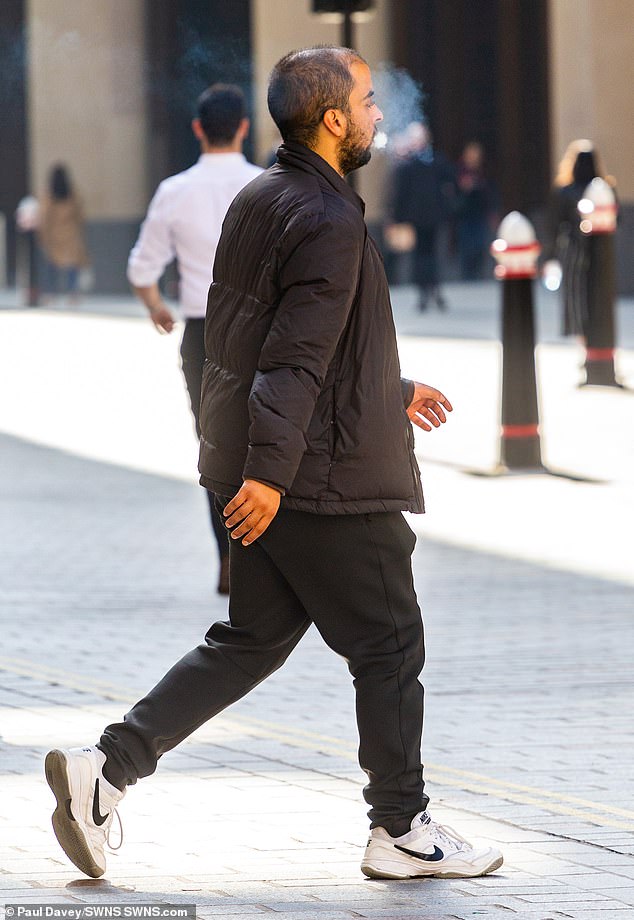 Giving evidence at the trial, Miss Green said: ‘There was one time in 2013 where he wanted to discuss my modelling career and referred to me as a prostitute.

‘There was a second time where I had actually waited for my friend and approached him and asked him to please stop with the behaviour he was doing and gave him notice that if he continued with that behaviour I would have to call the police because it was making me feel uncomfortable.

‘Because I’ve in a shop there for five years, I see people often but if you see somebody regularly enough at some point you start to say ‘hello’. 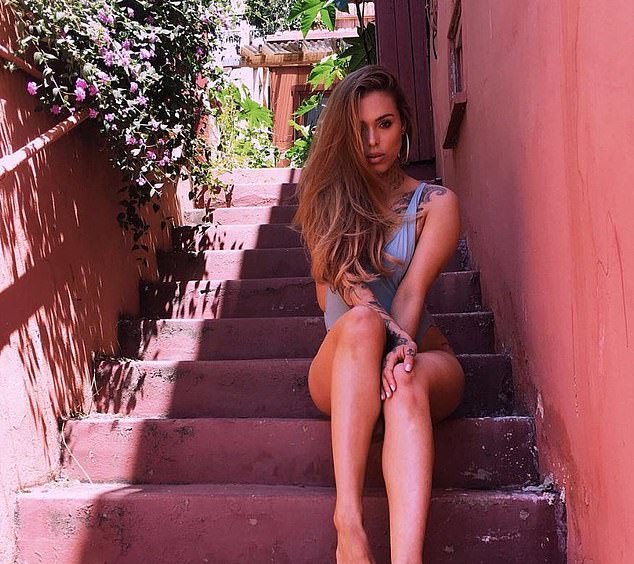 Giving evidence at the trial, Miss Green said the offender called her a prostitute in 2013

‘This is quite an intimidating look that I’m given up to 10 times a day.

‘It scares me enough that I cannot even pick up my phone to film him – that’s how intimated I feel, my body has a physical reaction.

‘The eye contact is so severe that he won’t even look forward in the direction that he’s walking.’

She eventually began to keep a diary of the ‘menacing’ harassment.

Elhabachi was also sentenced for an assault at a Co-op store in east London in May 2014 and another charge of failing to surrender over that offence.

The restraining order banned him contacting Miss Green directly or indirect and going onto the street where she has the tattoo shop.

He will reappear at City of London Magistrates Court in November for another hearing to seek a criminal behaviour order in relation to the harassment.

What you need to know about OutDaughtered’s Hazel Busby

More than half of coronavirus patients globally have recovered