Labour leader Sir Keir Starmer took aim at the Prime Minister today, accusing him of pretending there was no problem with the coronavirus test and trace programme and blaming it for new lockdown measures.

In a rather subdued Prime Minister’s Questions they faced off over the under-performing programme which has been the focus of much criticism in recent months.

During the set-piece exchange, Boris Johnson defended the head of NHS Test and Trace, Baroness Dido Harding, and said the UK is testing ‘more people than any other European country’.

But opening their Commons exchange, Sir Keir questioned why the Prime Minister said yesterday the Test and Trace system has ‘very little or nothing’ to do with the spread or the transmission of Covid-19, after previously hailing it as a game-changer.

Sir Keir said: ‘Both positions cannot be right’, adding: ‘Pretending there isn’t a problem is part of the problem, Prime Minister.’ 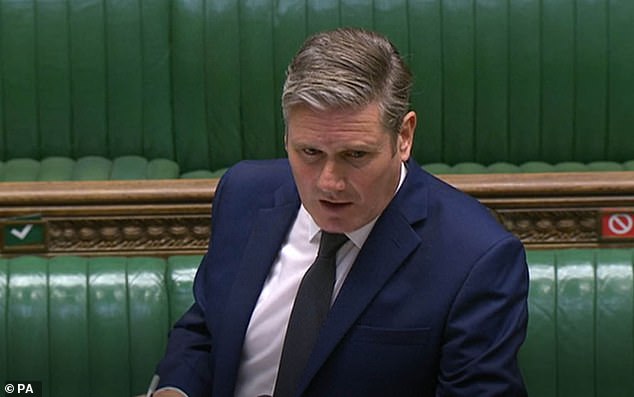 The Opposition leader latched on to comments made by Mr Johnson in the Commons yesterday where he said the test and trace system has ‘very little or nothing’ to do with the spread or the transmission of Covid-19. 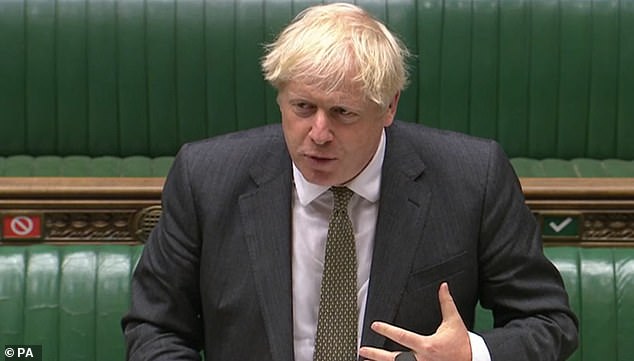 ‘Is the explanation from the PM that we haven’t got enough capacity because nobody could have expected the rise in demand? That’s the Dido Harding defence – or is it we’ve got all the capacity we need, it just that people are being unreasonable in asking for tests? That’s the (Matt) Hancock defence. So which is it?’

Mr Johnson replied: ‘I must say that the continual attacks by the Opposition on Dido Harding in particular are unseemly and unjustified.’

He added: ‘Testing more people than any other European country… we’re going to go up 500,000 tests by the end of October.’

He accused the Opposition leader of failing to support the Government’s plans saying: ‘What I frankly want to hear is more of the spirit of togetherness than we had yesterday.’

The Prime Minister said the Government will introduce ‘further creative and imaginative schemes to keep our economy moving’.

Sir Keir Starmer asked why business support was not announced at the same time as greater Covid-19 restrictions on Tuesday.

Boris Johnson replied: ‘Let’s be in absolutely no doubt that the work that this Government has done to protect the economy of this country, to support the jobs of 12 million people through the furlough scheme, enabled expenditure of about £160 billion has been unexampled anywhere else in the world.

‘And I think he should pay tribute to the Chancellor and his work and we will go forward with further creative and imaginative schemes to keep our economy moving.’

Baroness Harding faced a grilling from MPs on Thursday, telling them nobody was ‘expecting’ to see the ‘really sizeable increase in demand,’ for testing, that has caused chaos at test centres across the country in recent weeks.

The Government’s testing tsar said the current daily capacity of 240,000 had been put in place ‘based on SAGE modelling for what we should be preparing for for the autumn’. Sage members later hit back, saying she had been given clear advice.

Meanwhile, she revealed that demand for Covid tests is currently up to four times greater than the system’s capacity.

However, while some centres are stretched to the limit trying to deliver, others remain empty, with one worker even pictured falling asleep on the job at a site in Heathrow.

There have been numerous reports of staff at deserted walk-in testing centres turning people away if they didn’t have an appointment or weren’t showing obvious coronavirus symptoms.

'His House' Review: A Haunting, Out of the Past

Kourtney Kardashian Is ‘Not OK’ After Son Reign Disick Chops All His Hair Off!!