WIPING away the tears from his blotchy eyes, James Bowen still finds it painful to talk about losing the world’s most famous cat.

This summer his ginger feline Bob was run over by a driver hurtling through a quiet residential street in south London. 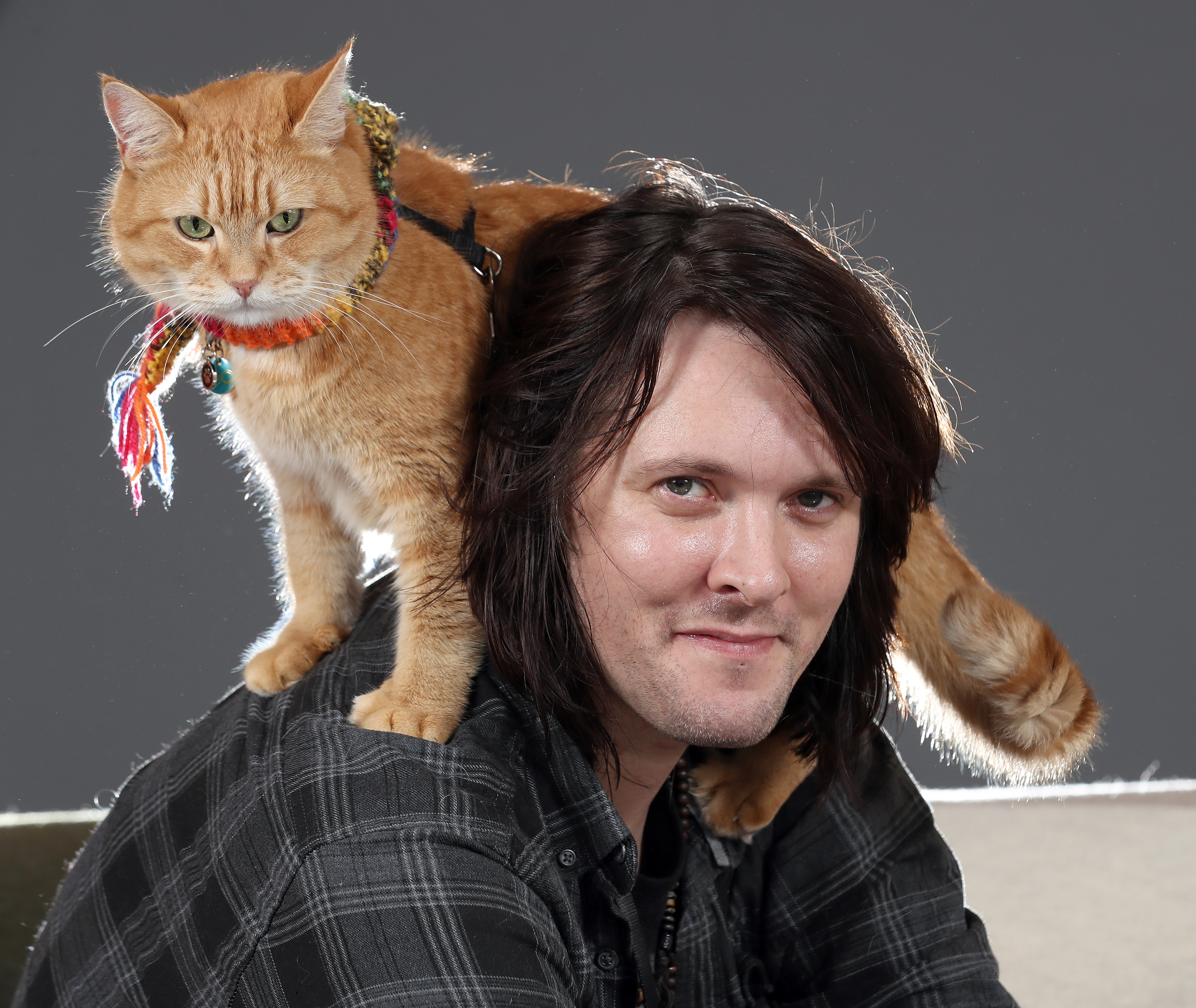 The news of the beloved cat’s death led to mourning across the globe and sacks filled with letters of condolence took over James’s front room.

Books about the street cat, who had saved James by turning him away from a life of drugs and homelessness, have sold eight million copies in 40 languages and been adapted into two movies.

When the cat turned up for book signings queues would stretch around the block.

And an appeal to build a statue commemorating Bob raised its £100,000 total in no time. 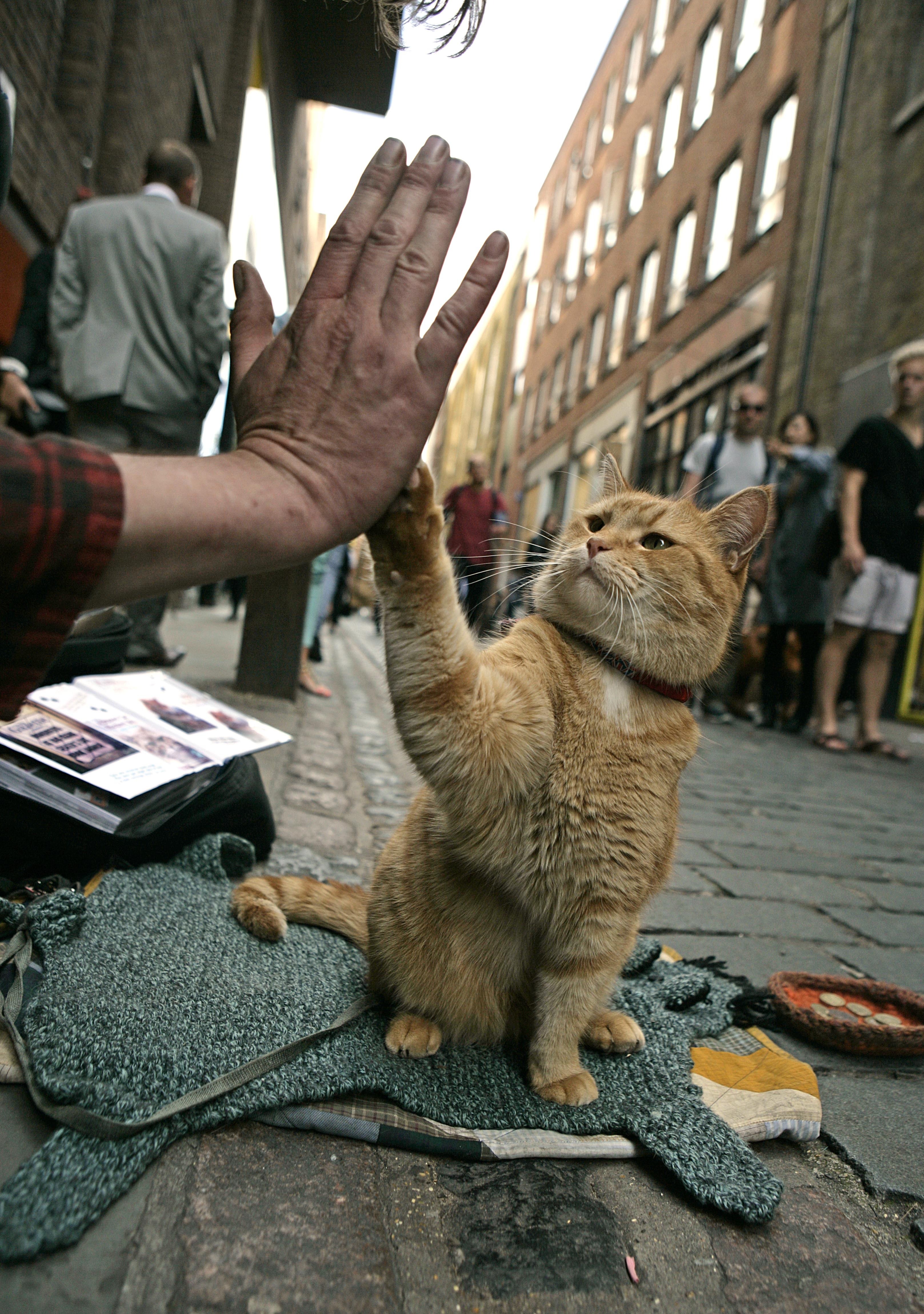 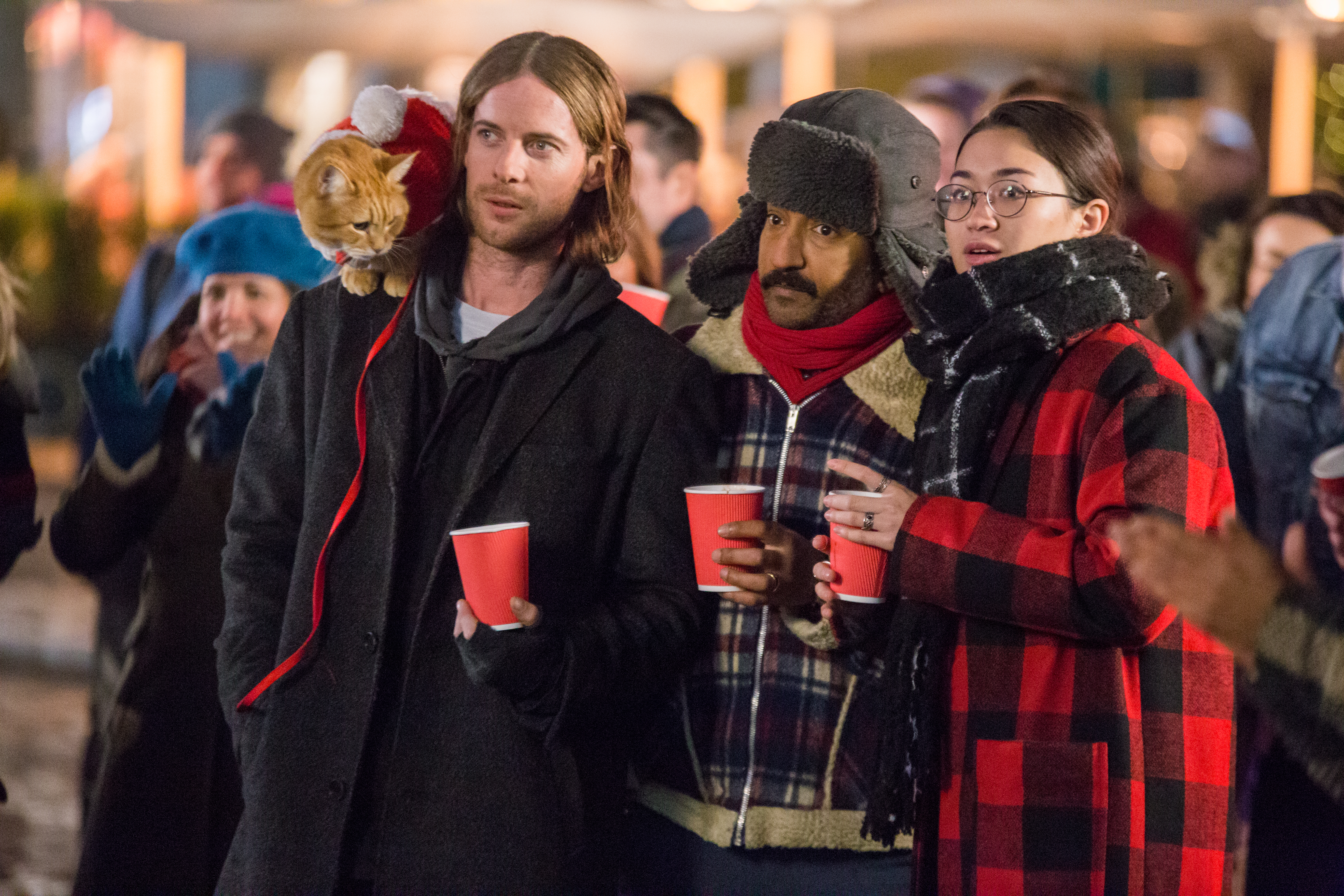 James, 41, has been comforted by his wife-to-be Monika Hertes and the arrival of two new kittens.

He hopes to train Gizmo and Bandit to stand on his shoulders like Bob famously did.

They already have their own Facebook page and he plans to keep writing about the adventures of his feline friends.

But it is clear that no one – human or animal – will ever replace Bob. 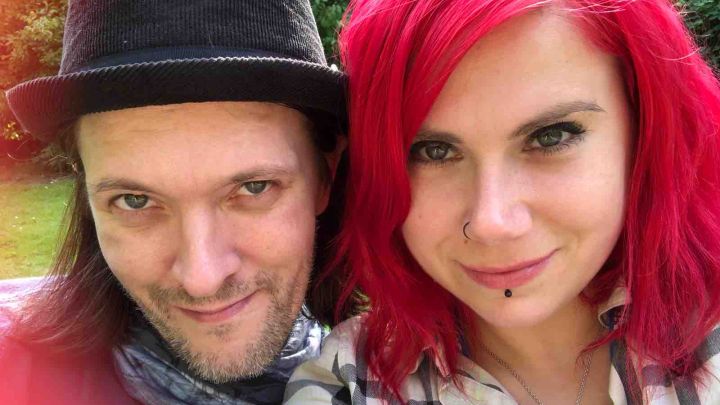 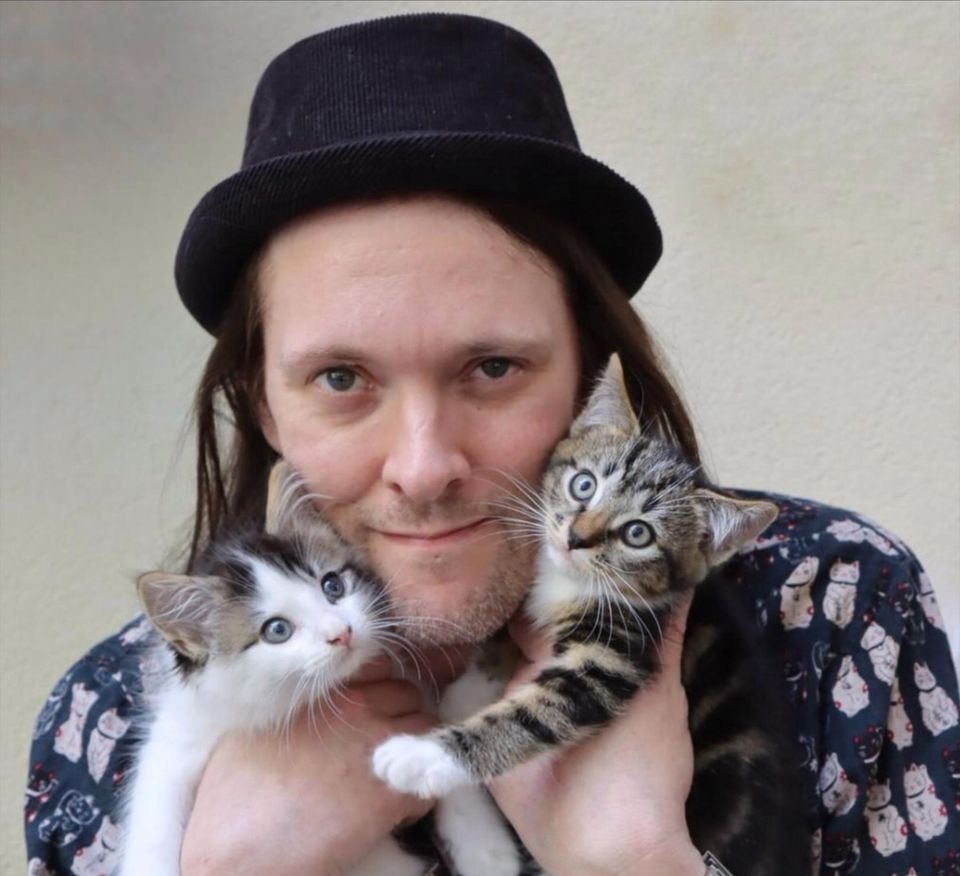 Even though he has battled heroin addiction, spent years living on the streets and seen a previous girlfriend go off with his stepfather, the death of his cat is the worst moment in his life.

James tells The Sun in an exclusive interview: "This was the worst year for heartache, I have never been close to anyone or anything more than Bob."

This was the worst year for heartache, I have never been close to anyone or anything more than Bob

The pair became buddies in 2007 when James was on a methadone programme in a bid to curb his addictions.

The busker found the stray in the hallway of a council flat in North London he’d just been allowed to live in.

Whenever James went out to play his guitar in Covent Garden or sell The Big Issue outside Angel tube station, the cat would come with him.

James recalls: "Bob was good at guiding me and making sure I made the right decisions.

“When I looked in those incredible green eyes, it was almost psychic.” 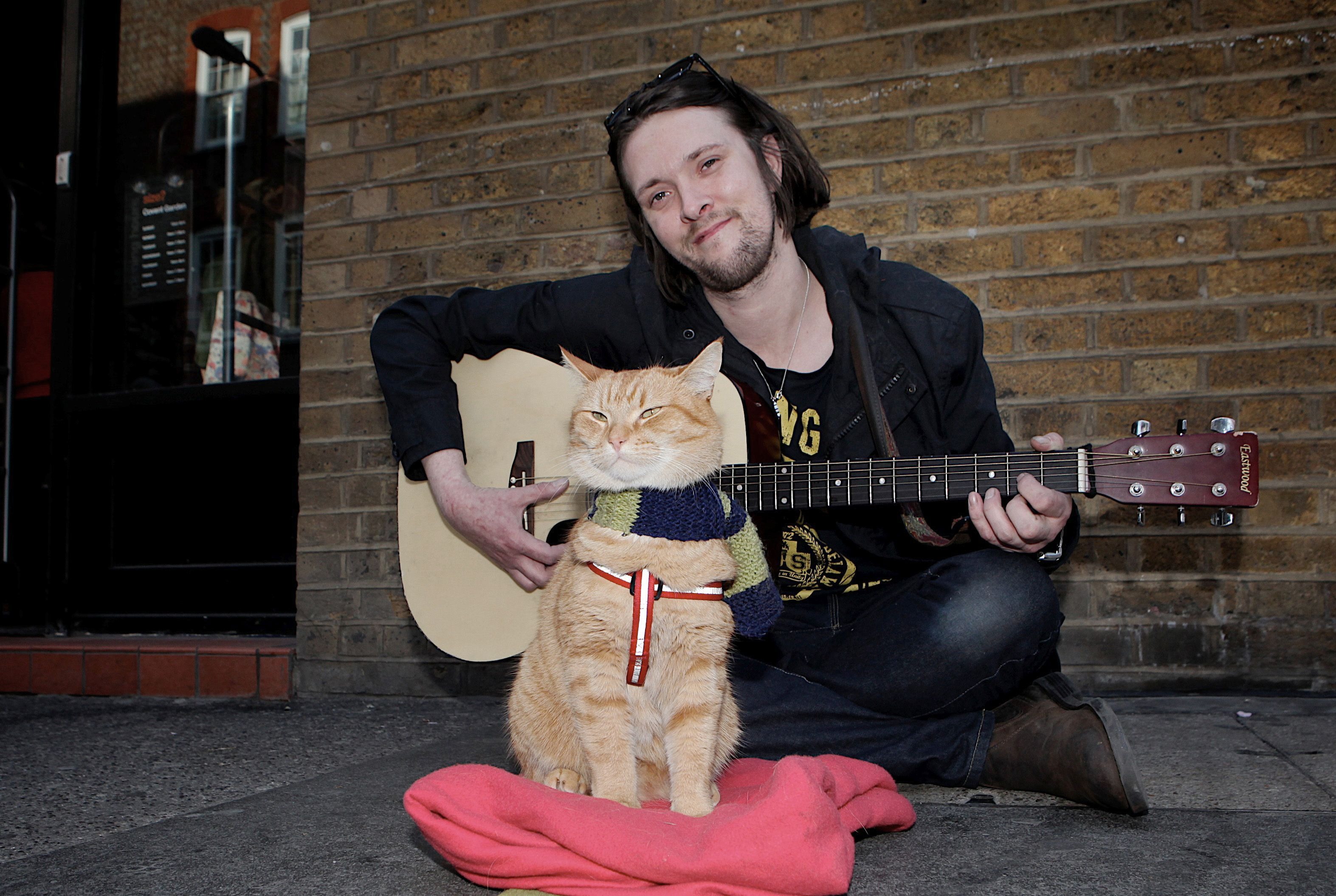 From street cat to film star

YouTube clips of the ginger tom sitting on James Bowen's shoulders as he performed Nirvana went viral in 2011.

A literary agent signed up James and the book A Street Cat Named Bob was such a hit it spawned nine others.

The estimated £1million he earned from their sales allowed him to mortgage a home in South London and get off the streets for good.

While Luke Treadaway played James in A Street Cat Named Bob in 2016 and its sequel A Christmas Gift From Bob, which is available to download now, Bob appeared as himself.

When James watched a preview of the new movie earlier this year, Bob came into the room to watch himself.

A tearful James says: "He was an absolutely magnificent little star and I wish he had been around to enjoy the attention around the film.”

Even though he was aged at least 14, perhaps as old as 16, Bob was in good health. 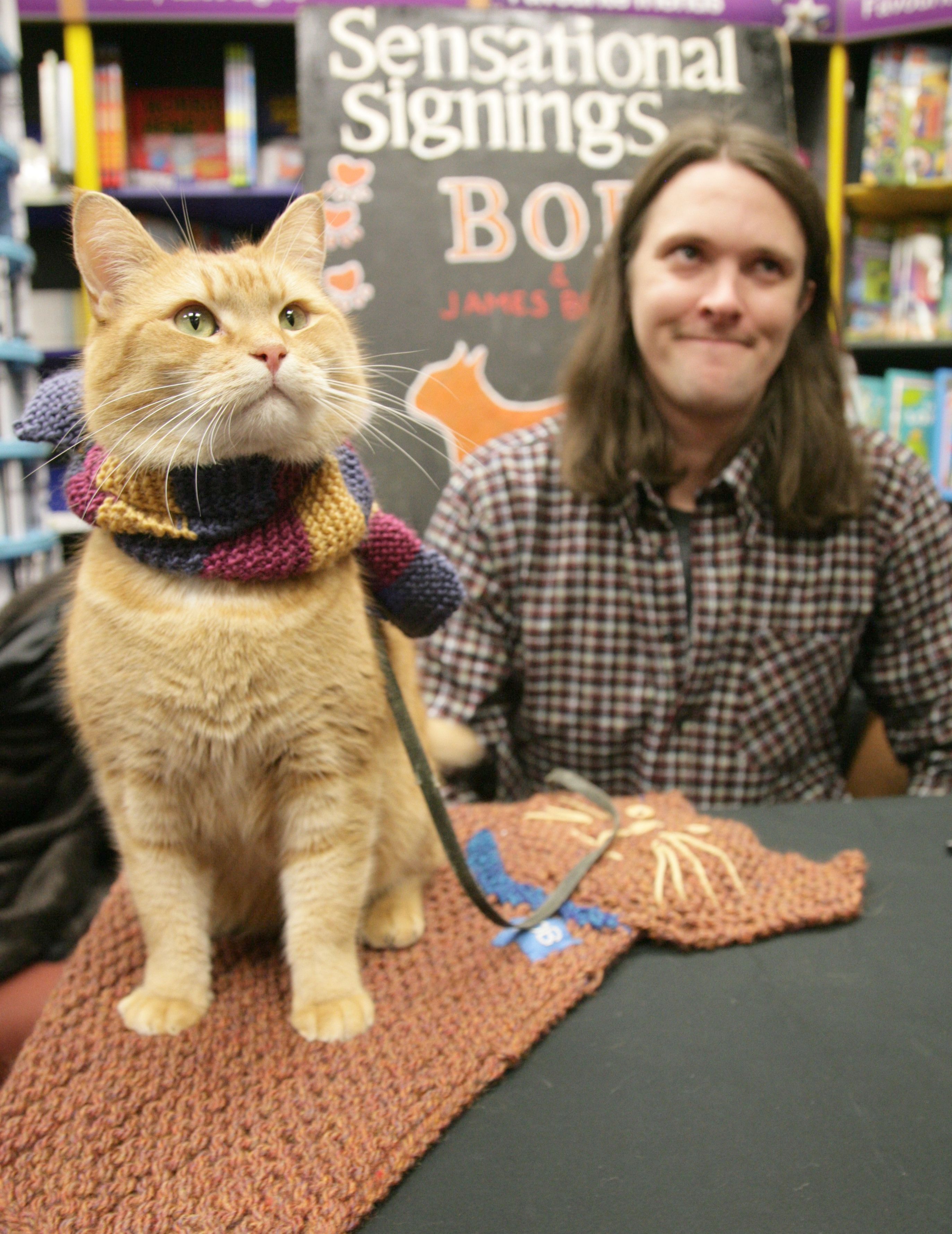 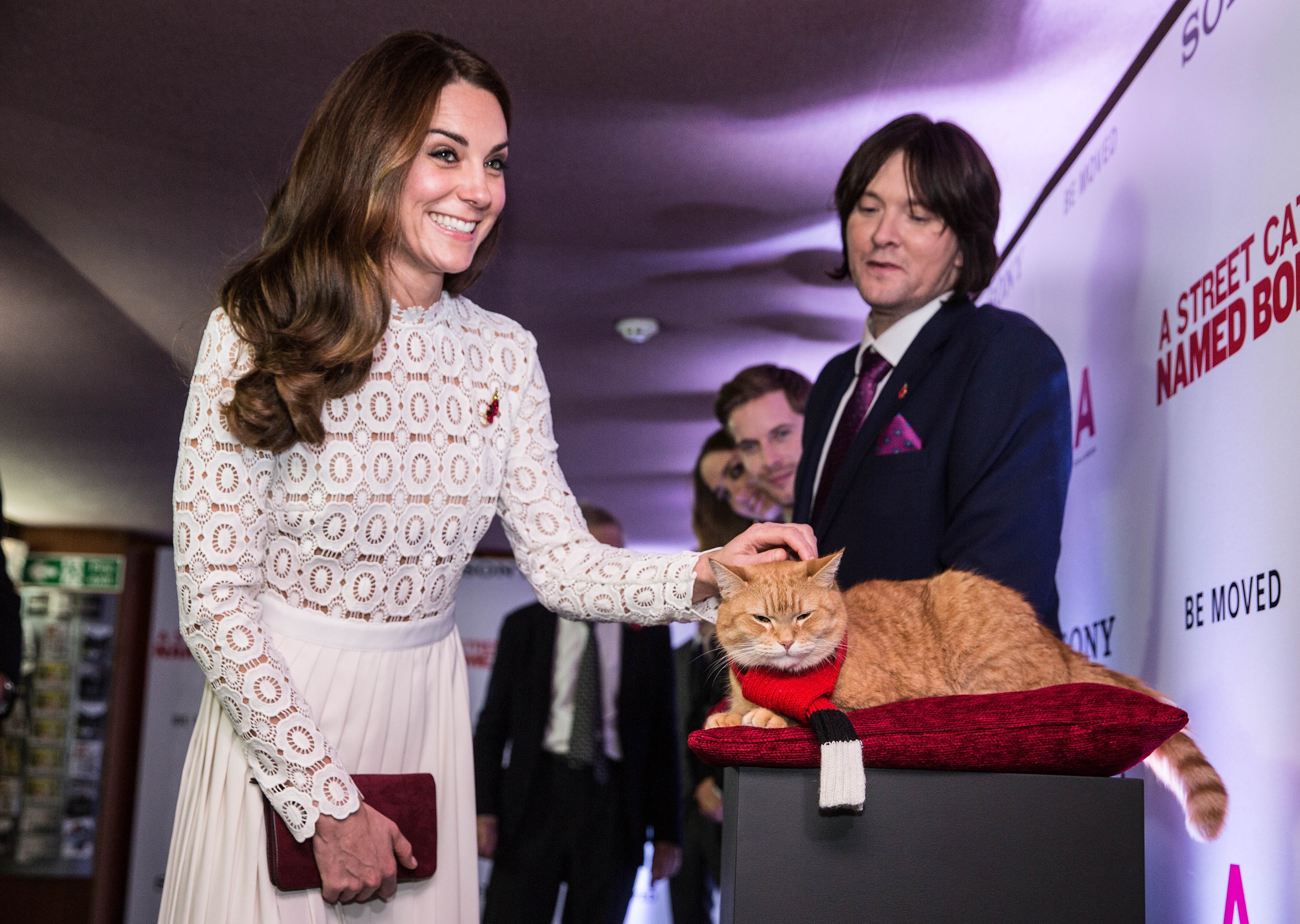 On a quiet day in July the cat did what street cats do – he went out for a wander.

But as he crossed the road he was struck by a car.

James says: “He was still quite healthy. He got hit by a random car, someone speeding down a residential street. It was quiet because of Covid."

Fans joined in the mourning when James revealed the news.

He says: "We reached the whole world, when Bob passed away the letters came in, in the tens of thousands, from all over the world.

“We had a lounge room full of bin bags full of cards to go through.”

Determined that Bob would be remembered by future generations, James decided to build a memorial to him on Islington Green, not far from where they used to sell Big Issues together.

He raised £100,000 on GoFundMe for a bronze statue and is currently choosing a sculptor.

James hopes it will be unveiled on the anniversary of Bob’s death next year.

Welling up he adds: “He knew he was a special cat. He deserves a memorial.

“It is tough being without him. But at the same time I know in my heart of hearts I gave him the best life a cat could ever have.” 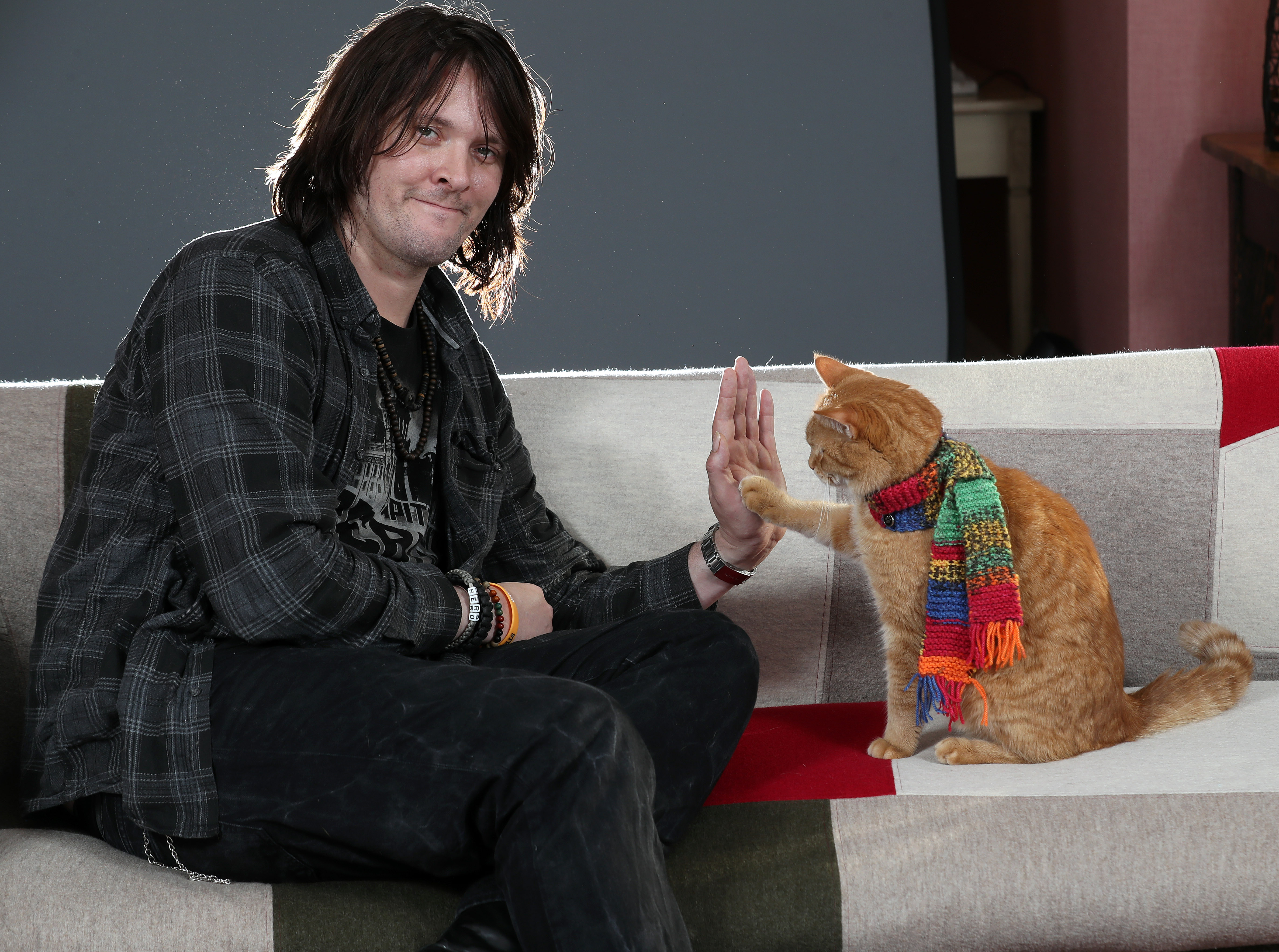 Bob due to be best man at wedding

Helping him to get through the agony of the loss is his fiancee Monika Hertes.

He had wanted Bob to be the best man at their wedding, which has been postponed due to Covid restrictions.

James reveals: "The plan was for Bob to be the ring bearer, Bob holding the rings. He would have been the best man, best cat. But that’s not going to happen now.”

Monika, 37, met James through mutual friends a couple of years ago.

She is also a cat lover and has animals of her own.

James has been unlucky in love in the past. When he found fame and fortune his girlfriend Kirsty Shirley left him and ran off with his step father Mark Ludemann in Australia. 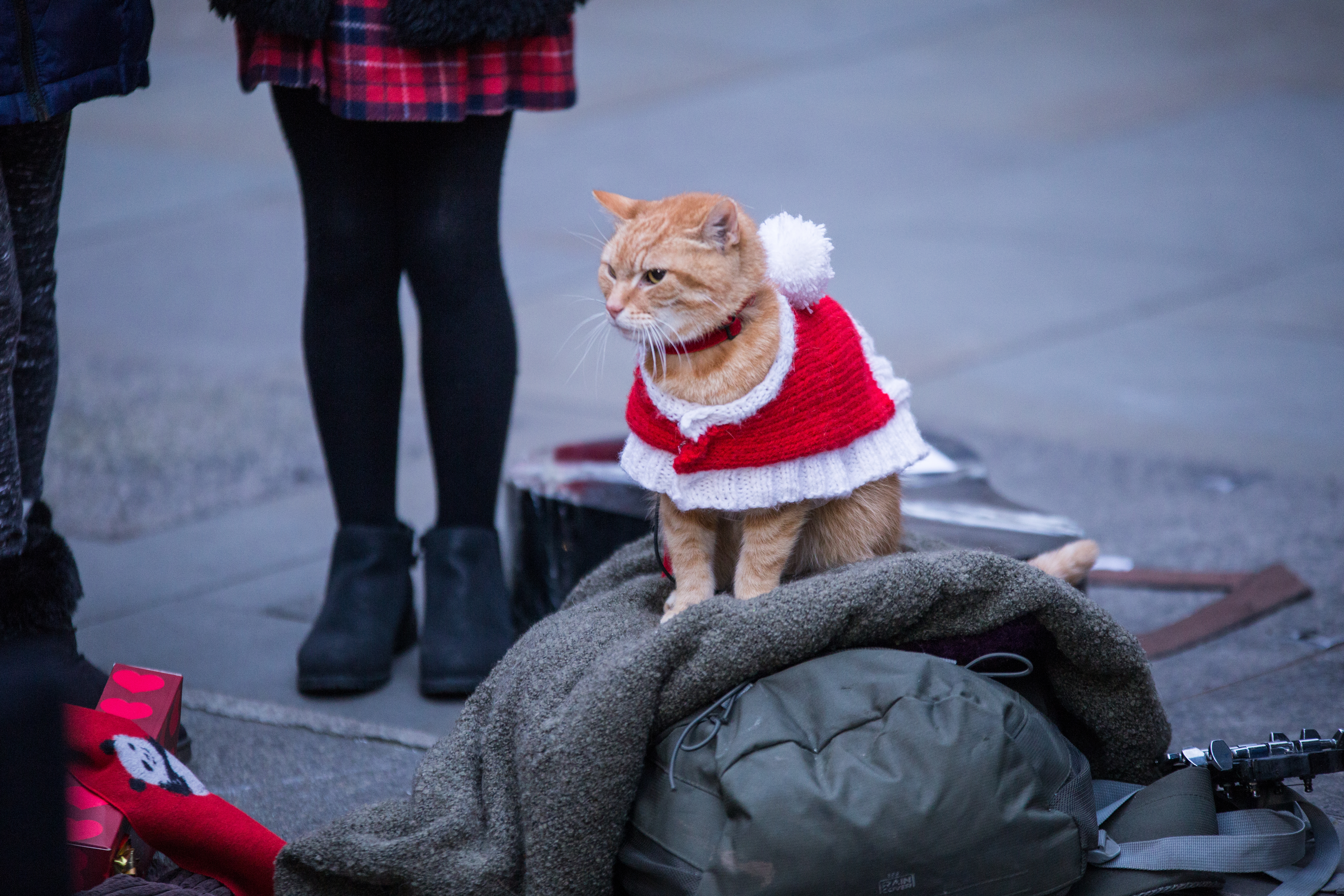 The author has found plenty of ways to keep himself occupied in the wake of Bob’s death.

Leaning over to cuddle one of them, he says: “This is Bandit, he’s a little food bandit, he’s a few months old now. His brother Gizmo, from the same litter, is really fluffy.

“They are completely different looking cats, with different attitudes.

“Bandit is very quiet and just likes to watch everything and Gizmo, he bounces around like a maniac.

“Bob was a bit of both of those characters, but always wise.”

They have their own Facebook page, where the cute pets can be seen playfully nuzzling each other.

He says: “I have been trying to encourage them up on my shoulders, but they are still a bit young.”

In the future James intends to write books about their escapades and thinks there are more stories to tell about Bob. 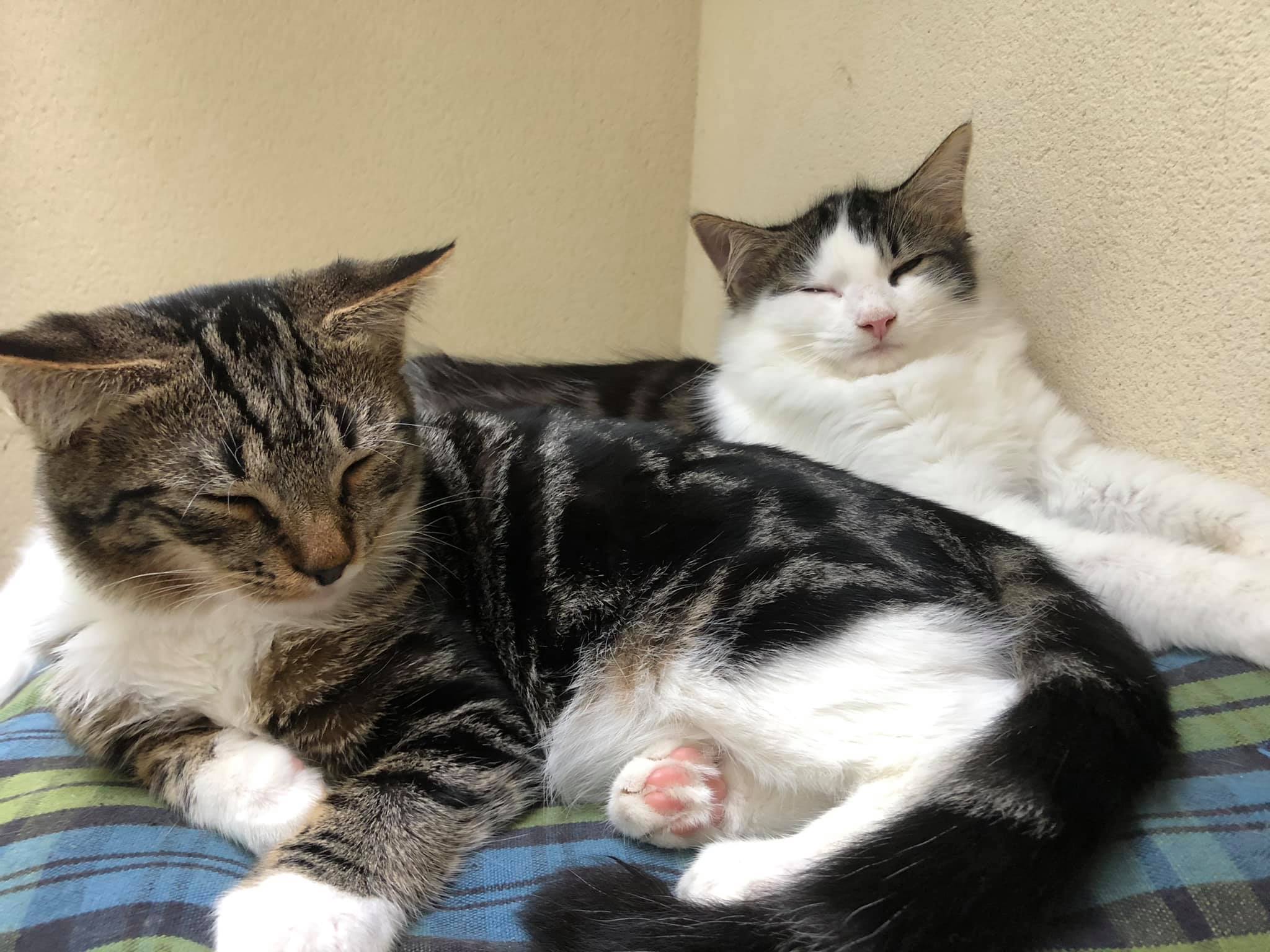 Homeless need more help than ever

James has written a couple of original songs for the soundtrack of A Christmas Gift From Bob, on which he was a producer.

He hopes to take up documentary filmmaking, with the aim of telling others about the horrors faced by people living on the streets.

Even now he finds himself nervously looking over his shoulder, a reflex from his years on Britain’s dangerous streets.

A combination of injecting drugs and sleeping on cold, wet concrete outside meant that the bones in James’s hips crumbled away.

He now has a titanium hip so he can walk without being in agony.

James is all too aware that this Christmas will be particularly tough for homeless people due to Covid.

There are few people around to buy The Big Issue or put some spare change into a buskers hat. 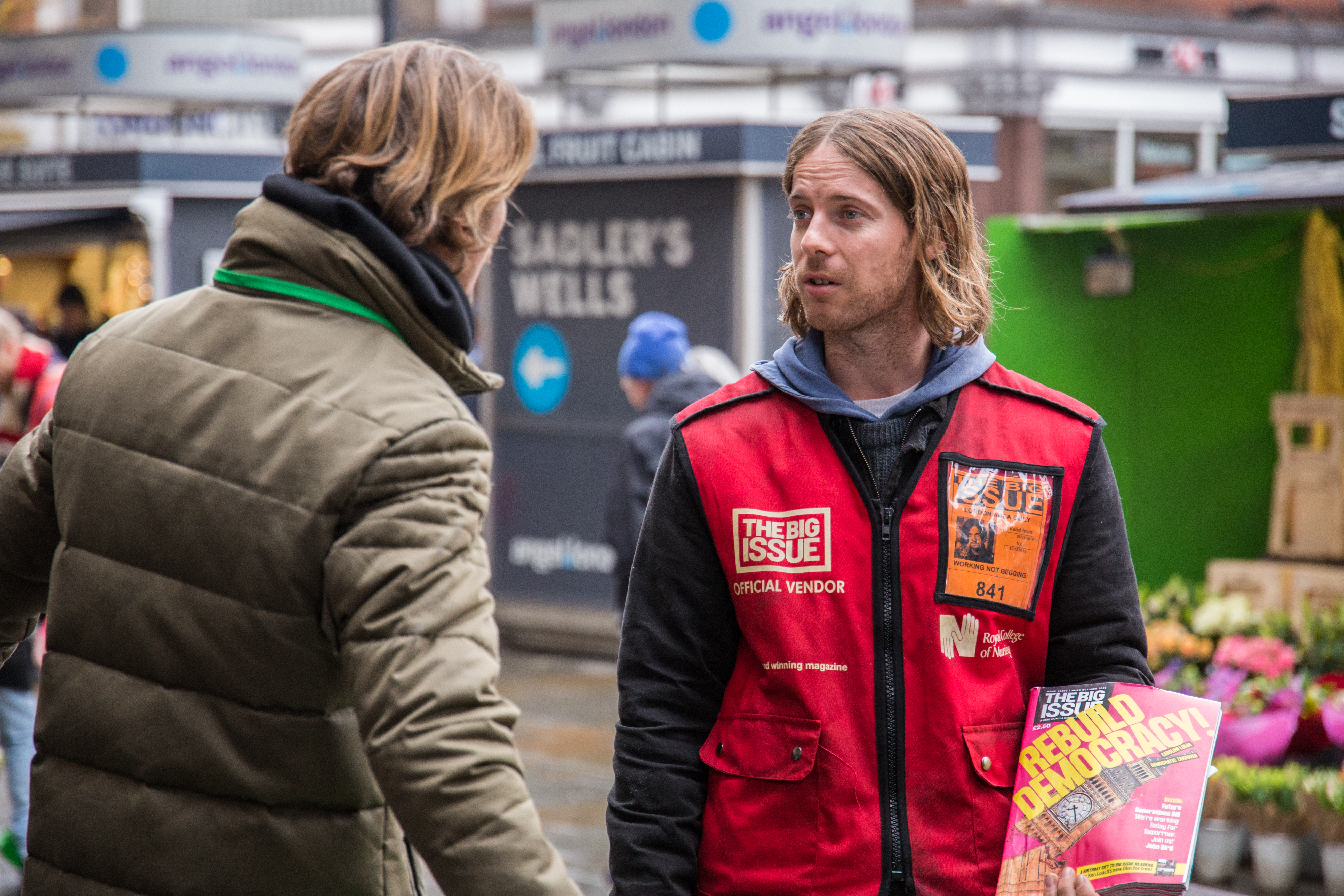 He concludes: “The homeless should be a priority, so they don’t become walking super spreaders.

“I think we need to turn empty properties into temporary shelters during this emergency.”

A Christmas Gift From Bob is available to download now.

Employers grapple with tough new question: Can they demand workers get a COVID-19 vaccine?