Tens of thousands of foreign students will be allowed to attend universities in Britain without having to prove they have the right qualifications.

The Government has also scrapped rules requiring them to provide evidence they have enough funds to live here and can speak English.

Home Secretary Sajid Javid yesterday simplified the process of securing so-called ‘Tier 4’ visas for students from countries it considers a ‘low risk’ of abusing the system. 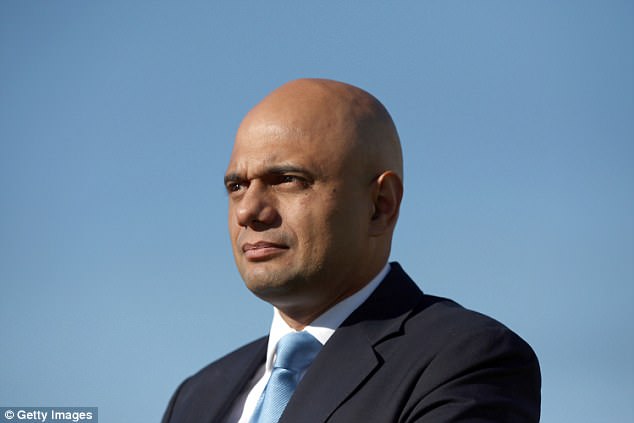 Critics warned that easing the rules risked bogus or underqualified students who submitted applications in a bid to beat border controls slipping through the net. But the Home Office insisted there was no evidence students from the countries involved had exploited the system. Officials insisted random spot-checks would weed out wrong-doing.

The measure is part of a raft of reforms unveiled by Mr Javid which relax immigration rules. At the same time, he made it easier for non-EU migrants and refugees to come to Britain to work and live.

He acted a day after relaxing visa rules so thousands more foreign doctors and nurses will be able to work in Britain. He cut migration controls to allow the NHS to recruit more staff, meaning other businesses and employers will be able to hire an extra 8,000 skilled non-EU workers, such as engineers, IT professionals and teachers.

In the latest shake-up, the Government added 11 countries to its ‘trusted’ list for the purpose of student visas. The additional countries – China, Cambodia, Indonesia, Thailand, Mexico, Bahrain, Serbia, Dominican Republic, Kuwait, Maldives and Macau – bring the list to 30. Overseas students from these nations will benefit from a streamlined application process, which means they will have to provide fewer documents when applying for visas.

Controversially, they will no longer need to submit evidence showing they meet the requirements for living costs of up to £1,265 a month, previous qualifications or evidence they can speak English fluently.

In the year to March, a total of 100,769 students from the 11 nations were granted permission to study in the UK.

The move was welcomed by universities who have argued for easing restrictions on foreign students, claiming they contribute of £2.3billion annually to the British economy. However, the Migrationwatch think-tank warned of a ‘slippery slope’, saying: ‘The last time the student visa system was loosened in 2009 it took years to recover from the massive inflow of bogus students, especially from India.’

In other measures, an immigration route for highly-skilled individuals is to be widened to include fashion designers. For the first time, they will be able to apply for Tier 1 visas which are handed to ‘exceptional talent’ in the fields of science, humanities, engineering, medicine, digital technology or the arts.

The Home Office said the route was also being opened up to a wider pool of TV personalities and film stars. It also confirmed previously announced measures making clear that Afghan interpreters and their families who have relocated to the UK can apply free for permanent residence.