KHARTOUM (Reuters) – Sudan’s President Omar al-Bashir told a rally of thousands of supporters on Wednesday he would stay in power, as protesters massed a few miles away calling for him to quit over an economic crisis. 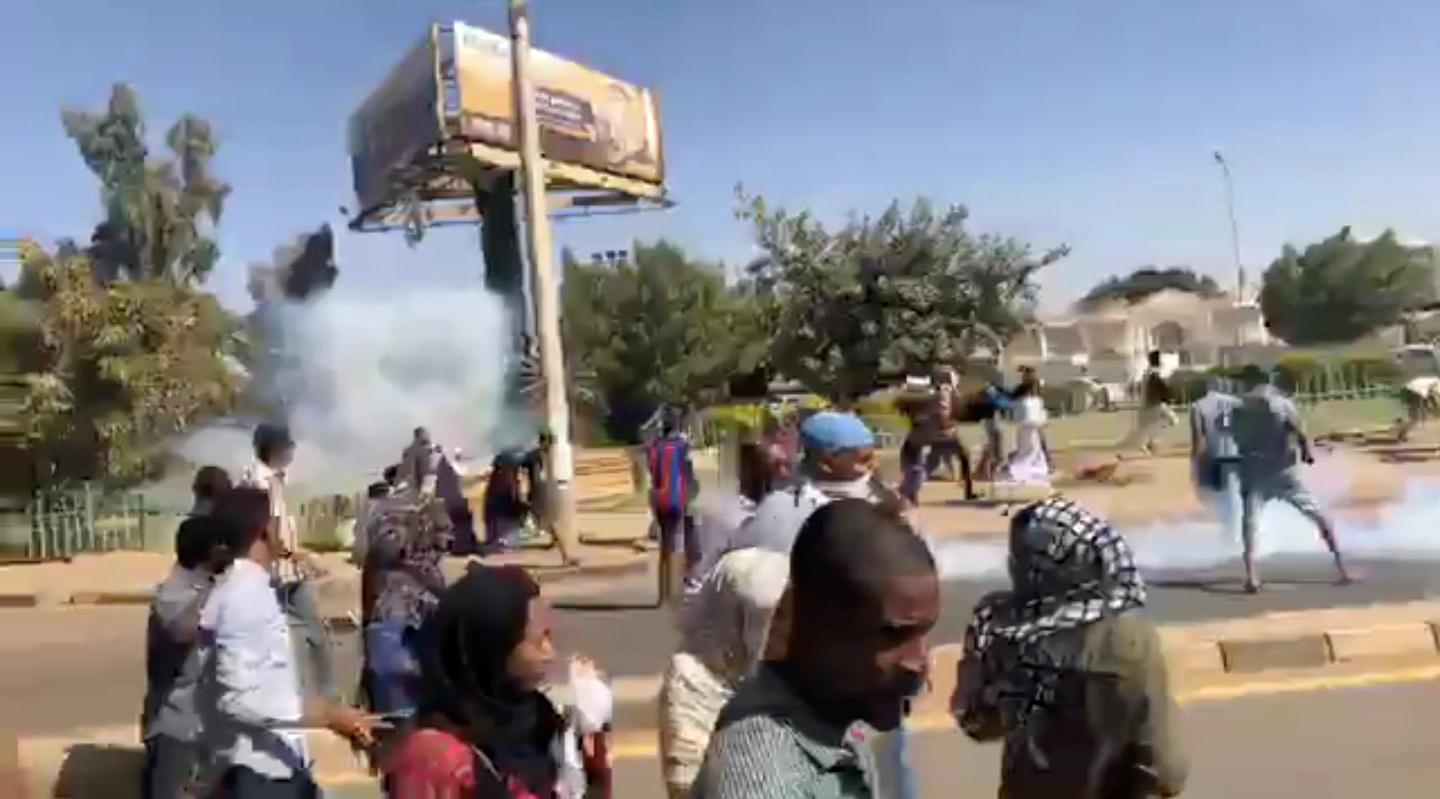 A defiant Bashir challenged his opponents to beat him at the ballot box and blamed unnamed foreign powers for provoking weeks of almost daily protests prompted by bread and currency shortages.

“(To) those who are seeking power, there is one way which is in the ballot box, through free and fair elections,” said Bashir, who opened and closed his address dancing to patriotic music and waving his cane in the air.

Across the River Nile in Omdurman, witnesses said security forces used tear gas to break up a demonstration of more than 200 people, some of whom chanted: “Freedom, freedom, peaceful against the thieves”.

Witnesses said policemen chased demonstrators into side roads, from where they regrouped to resume their protest. Hundreds also blocked a main road, witnesses said.

Protests over rising bread prices and currency shortages began on Dec. 19 in the northern city of Atbara and soon spread and turned into demonstrations against Bashir.

A former army general who overthrew the elected government in 1989, Bashir has since repeatedly won elections which his opponents have challenged as neither fair nor free.

On Wednesday, Bashir stood on an open-air stage in central Khartoum’s Green Square and told his supporters that foreign enemies were trying to break Sudan.

“There was the war, mutiny and war … They besieged us economically to make Sudan kneel down and they are trying to humiliate us with a small amount of wheat, petrol and dollars,” Bashir said during the rally organized by his ruling party.

“But our pride is more valuable than the dollar,” he told the crowd of flag-waving supporters.

Sudanese authorities say at least 19 people, including two security officers, have died in the protests. Amnesty International and Human Rights Watch say the toll is twice as high.

Sudan has slid deeper into economic crisis since the southern part of the country seceded after a referendum in 2011, taking away much of the country’s oil resources.

The crisis has deepened further since last year, when the country saw some brief protests over bread shortages.

The United States lifted 20-year-old trade sanctions on Sudan in October 2017. But many investors have continued to shun a country still listed by Washington as a state sponsor of terrorism, whose president is wanted by the International Criminal Court over charges of masterminding genocide in Darfur – charges he dismisses.