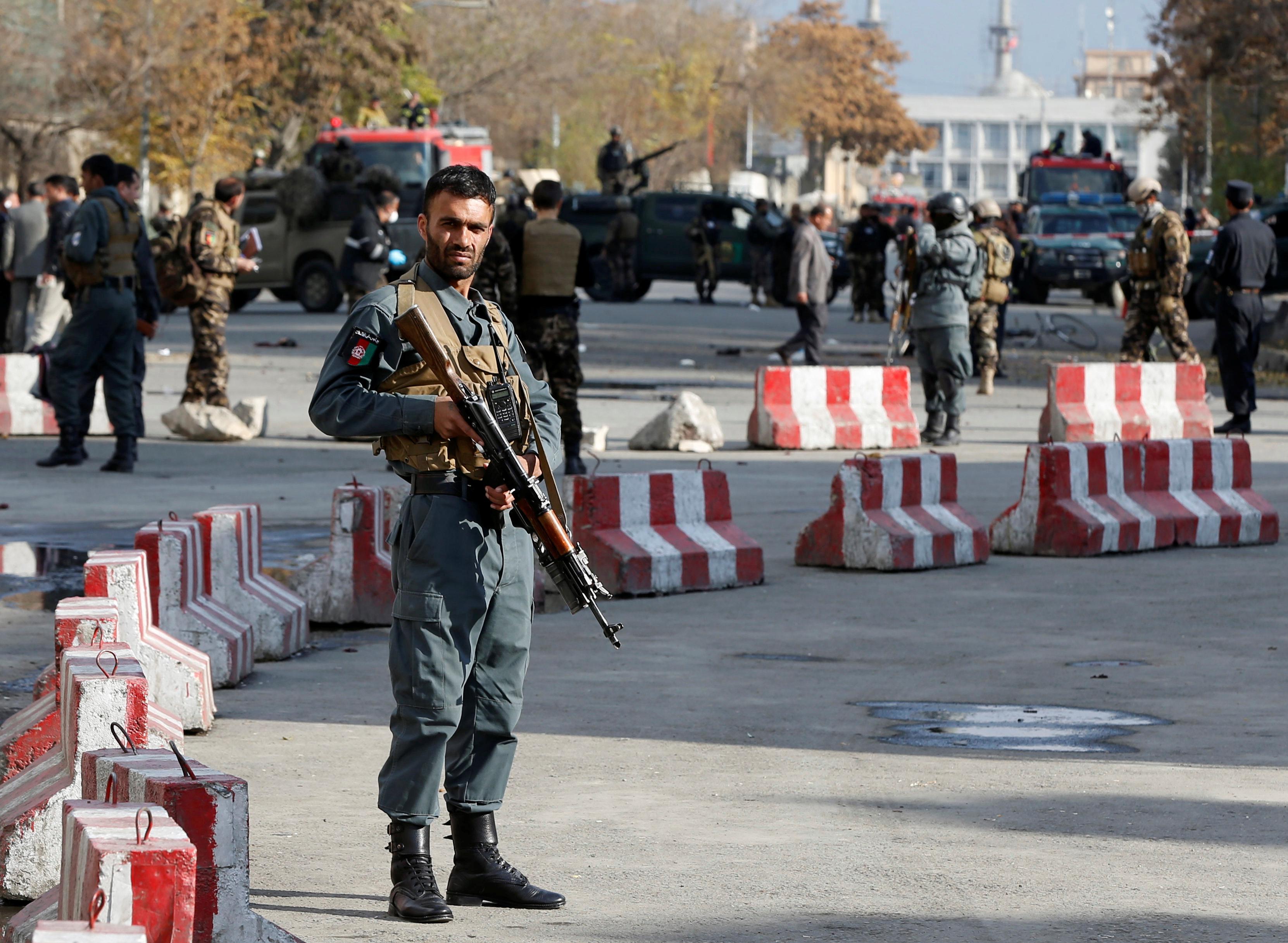 KABUL (Reuters) – A suicide bomber blew himself up in the Afghan capital of Kabul on Monday, killing at least six people near a police checkpoint, including policemen, officials said, but no militant group has yet claimed responsibility.

Six people were killed in the explosion, said Najib Danish, a spokesman for the interior ministry. Ten policemen and civilians, including women, were injured in the blast.

The attacker on foot detonated his suicide vest close to the checkpoint near a school in central Kabul, which is in the same area as the finance and justice ministries and close to the presidential palace.

Police spokesman Basir Mujahid said he was about 20 m (66 ft) away from the blast, near where a demonstration had broken up some 30 minutes before.

“I took four bodies away but there were more on the ground,” he said, without giving further details.

The attack came as hundreds of demonstrators gathered in Kabul to protest against the government’s failure to prevent attacks by Taliban militants in two provinces.

Afghan security forces suffered scores of casualties in heavy fighting at the weekend with Taliban militants in the provinces of Ghazni and Herat, officials have said.

Toronto Film Review: ‘Out of Blue’

Is Moira Dingle actress Natalie J Robb leaving Emmerdale and what other TV shows has she been in?

#ESSENCEApproved – Grab These Black-Owned Products For Back To School Season