Washington: Sunday is Super Bowl Sunday falls on a rare eight-digit palindrome when written as 02/02/2020 – the only one of its kind this century. 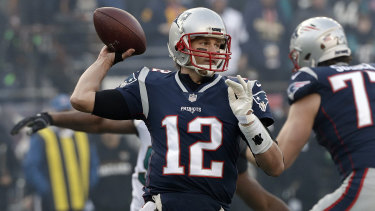 The Super Bowl falls on a special day.Credit:AP

A palindrome, as you might know, is a sequence that reads the same forward as it does backward.

Aziz Inan, a professor of electrical engineering at the University of Portland, collects dates that are palindromes, the way other people might collect coins or chase solar eclipses.

"In this century, in the American date system – which is month, day, year – there are 12 eight-digit palindrome dates," Inan said. But "in this century there is only one such palindrome date which is expressed with eight digits, where you have the complete year number on the right" and the month and day can be swapped.

That makes Sunday's palindrome unusually cross-cultural. It's written as a palindrome "whether you're in Europe, Asia, America – it happens on the same calendar day, which is February the 2nd," Inan said. Sunday is also the 33rd day of the year, which is followed by 333 more days, he said.

Super Bowl will be broadcast on Monday, Australia time.

"When I share these with my students, with other people and whatnot, most of the time I get a spark in other people's eyes, you know?" Inan said. A palindrome has "this magic power," Inan said. "And also – it is brainteaser."

Howard Stern blasts Trump voters: ‘I hate you, I don’t want you here’