Sweden needs to hire 124,000 new public sector workers by 2025 to keep up with the country’s growing – and ageing – population, a new report warns.

The Swedish work force is estimated to increase by 207,000 in the next seven years, of which 60 per cent would need to enter the public sector in order to maintain the welfare state.

Sweden is known to have one of the highest taxes in the West, with its population benefiting from national healthcare, free primary and university education and heavily subsidized care for the elderly. 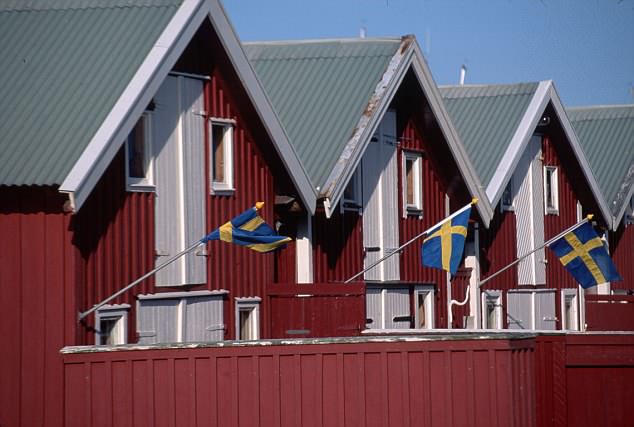 Public sector crisis: The Swedish public sector needs another 124,000 workers by 2025 in order to maintain its welfare state as its population ages

The public sector is the biggest employer in Sweden, however, due to the projected demographic changes in the country, it now requires more workers.

The annual report from the Swedish Association of Local Authorities and Regions (SKL) found that the lack of public sector workers will eventually put the country’s world-famous welfare state at risk.

To keep the current level of service provision, the Swedish public sector needs an additional 124,000 workers by 2025.

This would mean 60 per cent of the total workforce increase – estimated at 207,000 people.

At the moment, around 30 per cent of those entering the workforce do so into the public sector – a figure which has remained largely unchanged for the past ten years. 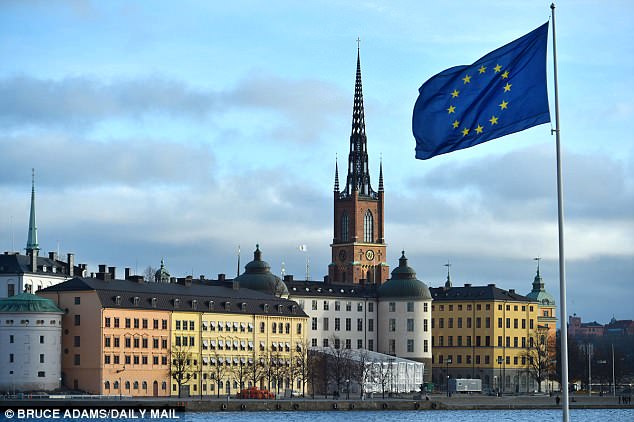 No pain, no gain: Sweden has high taxes, but as a result its population benefits from national healthcare, free primary and university education and heavily subsidized care for the elderly

As a result, SKL writes in its report, the goal of 124,000 new public sector workers in the next seven years is ‘not realistic’. ‘Instead, productivity in the public sector – as in the private sector – must increase.’

SKL chairman Lena Micko says: ‘The public sector will need to recruit, but we also need new working methods where we utilise the possibilities of technology to ease workload and make staff more effective.

‘Making working full time the norm, and having a longer working life could also decrease the need for more co-workers,’ she adds.

SKL writes in the report that an increase of funds is necessary to be able to sustain the current welfare state, which it suggests could be sourced from increased taxes.

As Sweden is going to the polls in September, suggestions of raising already high taxes could prove controversial.

The main issues during the election campaign are expected to be health care, education and immigration, with the far-right Sweden Democrats yet again on the rise following the country’s record immigration figures.

Sweden has registered around 400,000 asylum requests since 2012, or one for every 25 inhabitants – the highest in Europe.