Tail WAG! Jealous mutt Ginger gives ‘side-eye’ to her owner then SNAPS at her when she dares to lean in for a kiss with boyfriend she’s sitting on

This is the moment a jealous dog barks madly at its owner when she tries to kiss her boyfriend.

A 48-second clip shows Steffi Ledbetter, 26, getting the ‘side-eye’ from her dachshund-chihuahua pooch as she asks if she can lock lips with partner Anthony.

But when she leans in for a kiss angry dog Ginger jumps to attention and starts barking frantically at the pair.

The hilarious clip was filmed in Steffi’s apartment in Orlando, Florida. 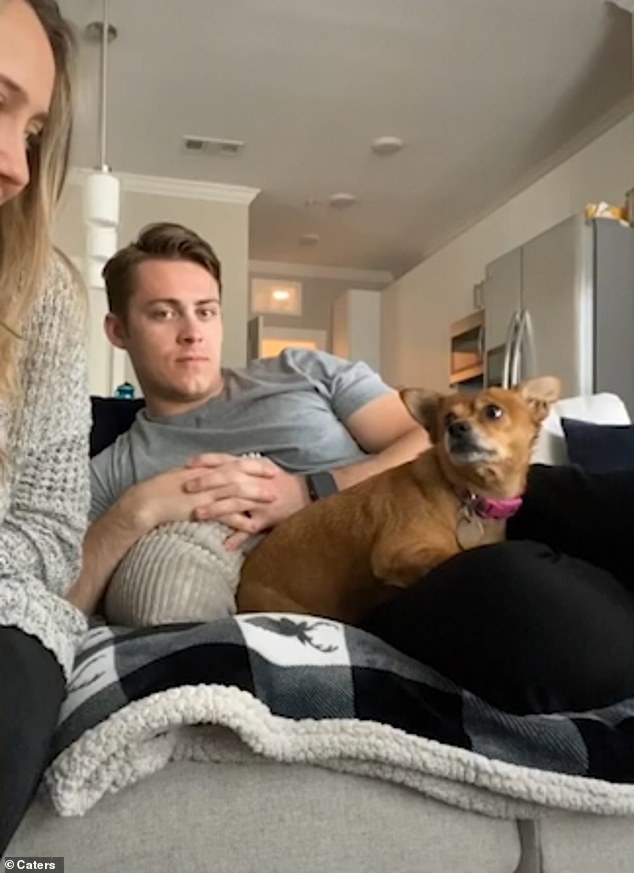 It’s like having mum here! This is the moment an angry dog barks every time its owner and her boyfriend try to kiss in Orlando, Florida 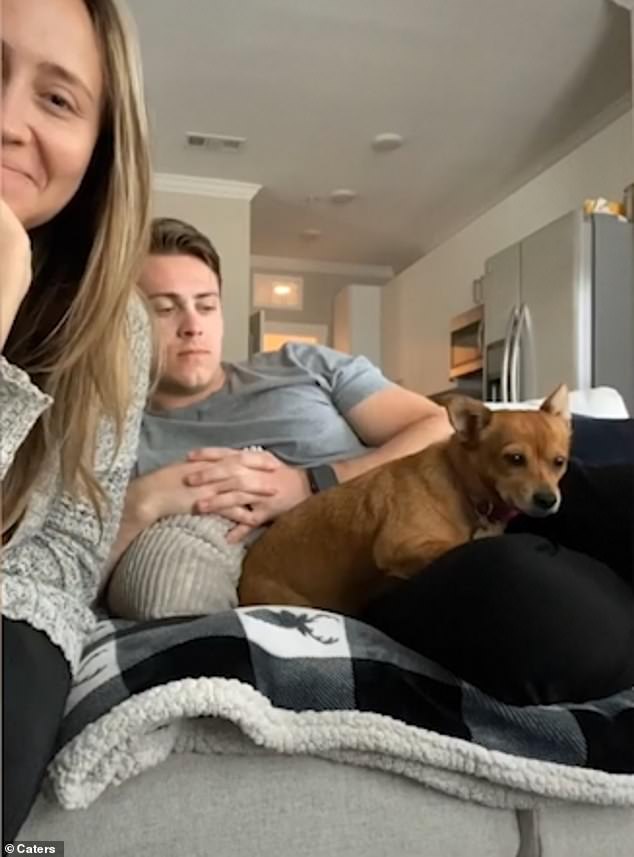 Disapproving: The dog gave the pair side-eye in the video before leaping to attention when they leaned in to lock lips

In the clip Steffi can be heard saying: ‘So, I just have a question… If you wouldn’t mind, I can give Anthony kisses?

‘I can give him kisses? Please.’

But when she leans in the dog starts barking frantically.

Steffi, who took the video to showcase her pet’s weird behaviour, said: ‘We joke about her “side eye” glances at us from time to time, but that’s the normal extent.

‘She only responds to me as she recognises I am playing with her.

‘She’s a little actress for sure!’ 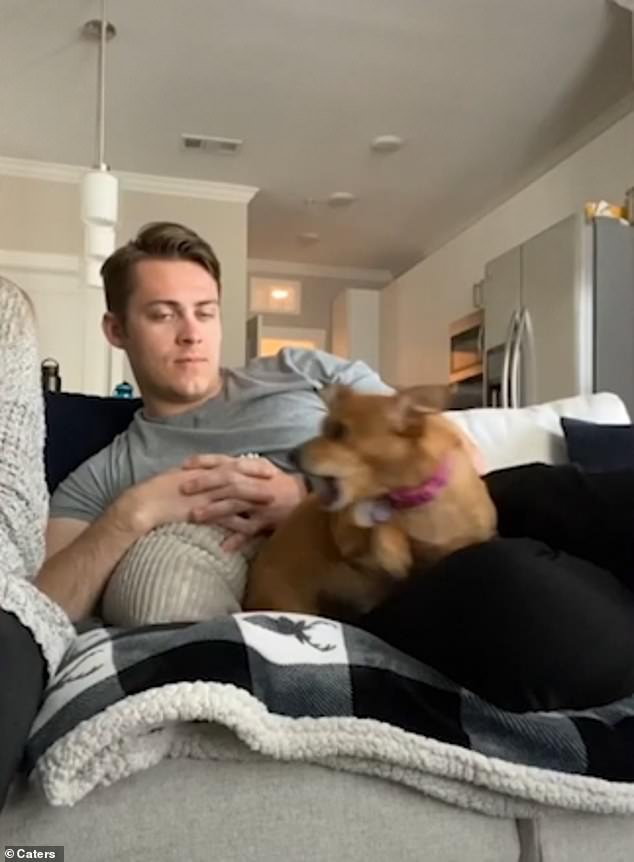 Don’t you dare! The dachshund-chihuahua wasn’t keen for Steffi Ledbetter, 26, to share a moment with her boyfriend Anthony

Sewing Game Not on Point? 15 Jeans That Already Come With Trendy Patches