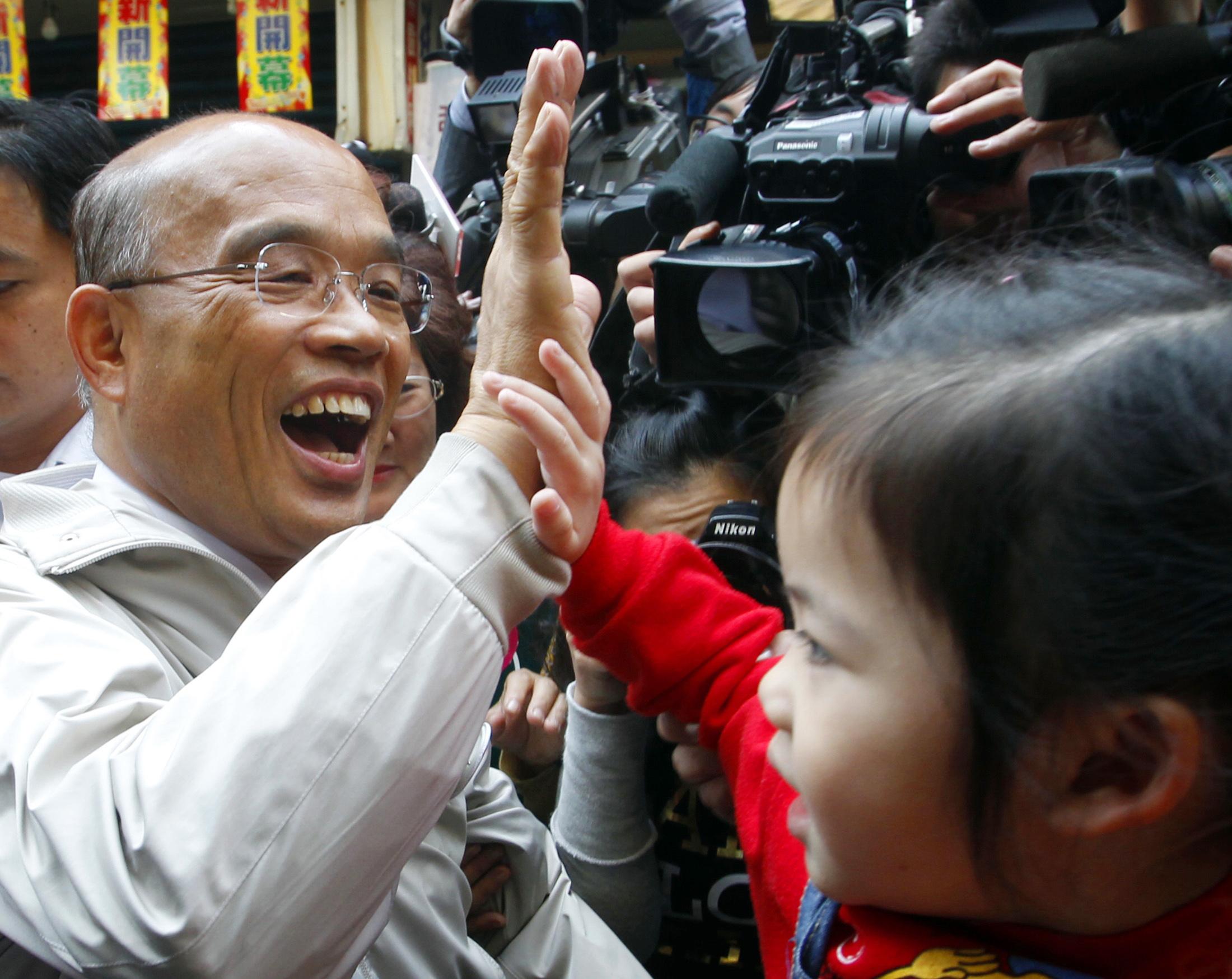 The election losses in November presented a major challenge to President Tsai Ing-wen, who came under mounting criticism at home over her reform agenda while facing renewed threats from China, which considers Taiwan its own.

It said Su’s appointment would follow the widely expected resignation of Lai, the second premier to quit since Tsai took office in 2016. It is standard practice in Taiwan for leaders to quit when their party loses a major election.

“I must resign to take responsibility for the election defeat,” Lai told a Cabinet meeting on Friday after he and other ministers resigned.

Taiwan’s premier forms the Cabinet and runs the government on a day-to-day basis.

Tsai was expected to announce the new premier in a media briefing later on Friday, which would be followed by new ministerial appointments.

With just about a year until the next presidential election, analysts say Tsai and the new premier need to shore up public support for the government’s policy on relations with Beijing and further boost the island’s export-reliant economy in a challenging year amid a China-U.S. trade war.

Su was appointed premier in 2006 by former president Chen Shui-bian, who infuriated Beijing and strained Taiwan’s relationship with the United States during his tenure from 2000 to 2008.

The folksy Su, popular among the DPP’s core supporters, has led Taiwan’s most populous New Taipei City for years. He was defeated by a candidate from the China-friendly opposition Kuomintang in November.

Tsai has said her administration would reflect upon the election defeats but would stand firm to defend Taiwan’s democracy in the face of renewed Chinese threats.

Chinese President Xi Jinping, who has stepped up pressure on Taiwan since Tsai became president, threatened earlier this month to use force to bring the island under Beijing’s rule and urged “reunification”.

“The new premier not only has to focus on domestic matters but must also pay much more attention to cross-strait and national security issues,” Yao Chia-wen, a senior adviser to the president, told Reuters.

He said the new premier must deal with issues including the prevention of swine fever from China, as well as possible election interference.

Some from within the embattled leader’s party have urged Tsai not to seek re-election. She has not explicitly said whether she would run for president in 2020 but has warned against Chinese efforts to interfere with elections.

Britney Spear’s Most Iconic Music Video Looks, From ‘..Baby One More Time’ To ‘Circus’ & Beyond

'The Big Bang Theory' Is Ending, and the Cast Is Getting Emotional