A $90 million hot springs development is set to open on the Mornington Peninsula next year, directly across the road from the existing Peninsula Hot Springs.

The backers of the competing Alba Thermal Springs & Spa believe a growing interest in health and wellness through the pandemic is enough to sustain two complexes within a stone’s throw of each other. 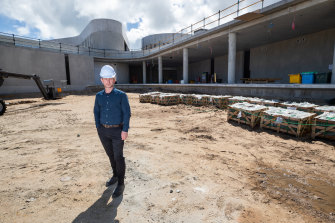 General manager Craig Dodd at the construction site for the Alba Thermal Springs & Spa on the Mornington Peninsula. Credit:Jason South

Hot springs facilities are also being built near the Gippsland lakes, on Phillip Island and along the Great Ocean Road in what developers are dubbing a “thermal bathing-led recovery”.

The Alba site is still mainly dirt and empty concrete buildings, but construction is ahead of schedule at the 15-hectare Fingal complex which will include 32 pools drawing from geothermal water when it opens in May next year.

There are plans for indoor and outdoor thermal pools, salt baths, a spa with 22 treatment rooms, Vichy showers, steam rooms and a restaurant which will seat 130 people serving mainly plant-based and local produce.

General manager Craig Dodd said owners Jianhai Chen, Jingang Huang and Junli Qu – a consortium of high net worth individuals – did not have any background in the sector but had spent several years researching similar resorts throughout the world before buying the Fingal property just over two years ago. 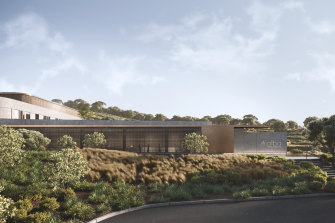 The designs for Alba Thermal Springs once completed.

”There’s certainly been a lot of interest around wellness escapes,” he said.

Alba has a licence to obtain thermal water from under the ground at Fingal which it drilled down to 590 metres to access.

The right to access to and dispose of this water previously landed neighbouring Peninsula Hot Springs in the Victorian Civil and Administrative Tribunal, but Mr Dodd said there was plenty of water for Alma.

“We’re not following the same process as the Peninsula Hot Springs with our thermal water, we are not disposing of it, we are reusing it and cooling it,” he said. “We are not putting the water back into the aquifer [groundwater table].” 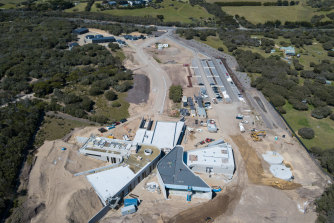 Construction is well under way at the Fingal site. Credit:Jason South

When borders reopen Alba will be targeting interstate visitors and the lucrative international market.

Alba will have capacity for 400 visitors a day which Mr Dodd said would differentiate it from Peninsula Hot Springs which can hold up to 700 visitors at a time.

Mr Dodd said the wellness industry would be “hitting its stride” in a couple of months with people looking to take up healthier habits and recover from the coronavirus pandemic. 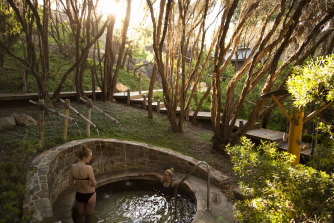 The Peninsula Hot Springs are reopening on Saturday.

Across the road, the Peninsula Hot Springs is set to reopen its doors on Saturday after what owner Charles Davidson said had been almost nine months out of business because of lockdowns.

Mr Davidson said he was not worried about a competing hot springs in such close proximity.

“I believe that the potential market for hot springs is very large,” he said. “We’re just scraping the surface of the potential and having two [hot springs] close to each other means that you’ll become a hub, a location for well-being and healthy bathing culture.

“I think in a sense that’s a good positive.”

More hot springs are under construction across the state with a facility in Metung expected to open in January, Phillip Island slated for October next year and springs near the Twelve Apostles on the Great Ocean Road also in development.

Peninsula Hot Springs is a shareholder in the Metung development and is partnering with the Phillip Island operators.

The Man Utd, Chelsea and Spurs transfer targets whose WAGs are poised to hot up England

Filthy baby found in CAGE surrounded by snakes and mice at home filled with marijuana and up to 100 animals, cops say – The Sun

Kim Kardashian, 39, Looks Slimmer Than Ever In Tight Monochromatic Outfit Shopping With Khloe