TED Cruz has clapped back after Donald Trump gave a "quarantine beard" critique to Don Jr in an offbeat interview.

During a campaign interview with his dad on Thursday night, Donald Trump Jr asked whether the president preferred his, Senator Ted Cruz or Senator Rand Paul's facial hair. 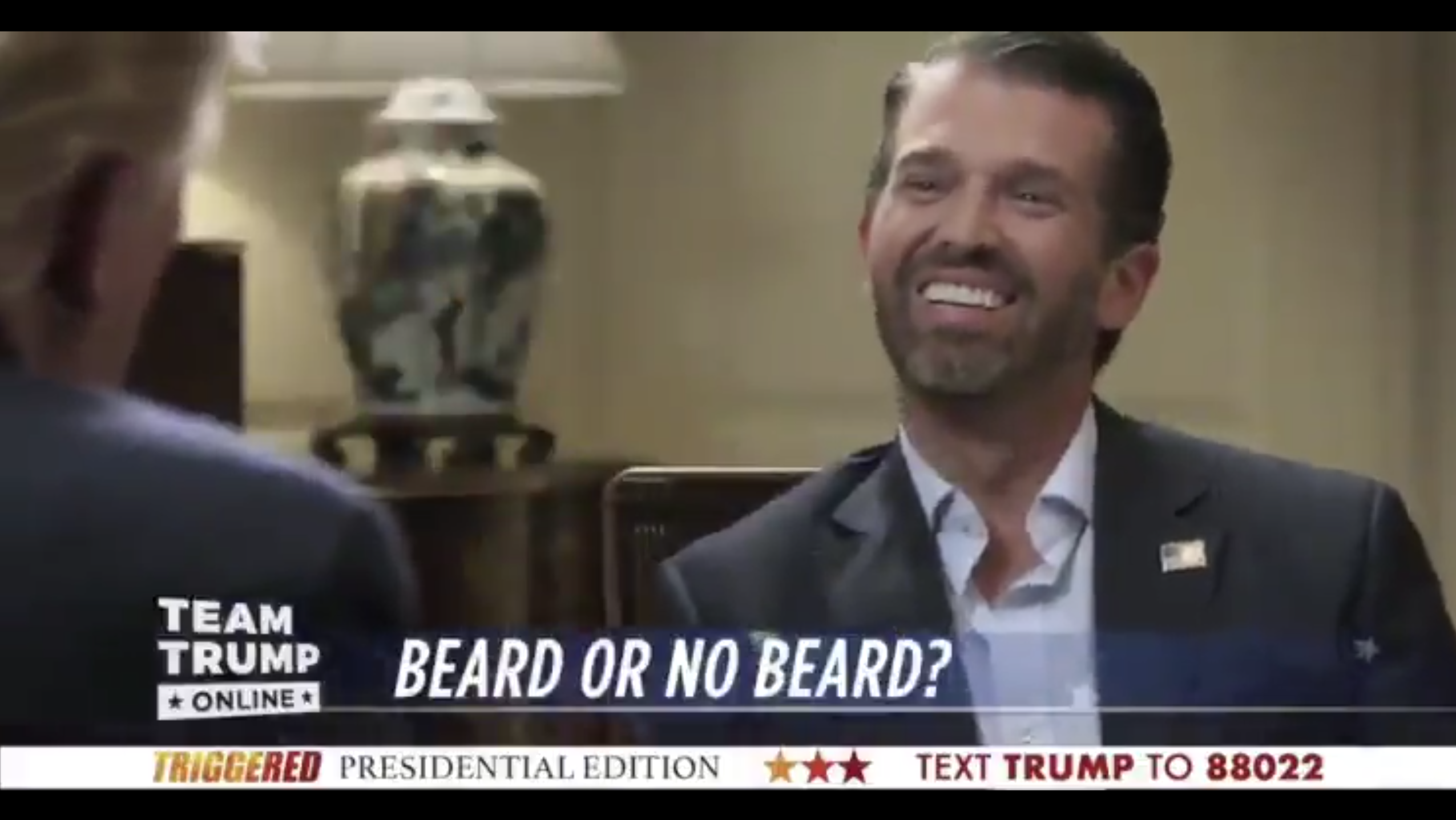 The president replied: "Well I don't like it on you, as I've told you. And I think that's fine if you want to do it – I'm a libertarian in that way…

"Rand and Ted look better without it…

"Good looking guys, I think they both better, personally, without it.

"And in some cases I think it's good, but in your case get rid of it.

To which Trump Jr quipped: "Don't worry guys I'm gonna get the follow up call on this one later on."

After segments of the show were posted on Twitter, Cruz quickly clapped back at the president's remarks.

To settle the debate, the host opened the question up to his 5.1million Twitter followers.

Sharing the clip, Jr wrote: "May have to leave it to you guys. Do you agree with @realDonaldTrump? Should @tedcruz @RandPaul and I lose the beards?"

The interview was the first time that the president has appeared on any of the Team Trump shows.

During the 20 minute chat, Don Jr also asked if the President will ever consider "letting us know there is aliens" before he leaves office.

He said: "This is the only thing I really want to know. Would you ever open up Roswell and let us know what's really going on."

'Seeking Sister Wife' Season 3: Are Any of the Cast Members Mormon?