Teenager, 19, who was riding e-scooter illegally died after being hit by a car when he crossed road from behind parked van as he listened to music on his AirPods, inquest hears

A teenager who illegally rode an e-scooter died after he turned into the road behind a parked van while listening to music on his Airpods – and was ‘catapulted’ over an oncoming car, an inquest heard today.

George McGowan, 19, had already been stopped by police about unlawfully riding his 15mph Xiaomi Mi Pro just two months before the fatal accident on July 12, the coroner was told.

But Mr McGowan ignored the warning and on the day of the accident, he turned off a pavement between two parked vehicles and onto the road in the path of a Volkswagen EOS, whose driver Margaret O’Sullivan had less than one second to react.

Mr McGowan’s mother Marie White told the inquest how she ran to the scene of the crash after hearing ambulances near their home in Portsmouth, Hampshire.

She held her son’s hand until he was taken to hospital. But sadly he passed away ten days later after suffering a ‘catastrophic’ head injury. 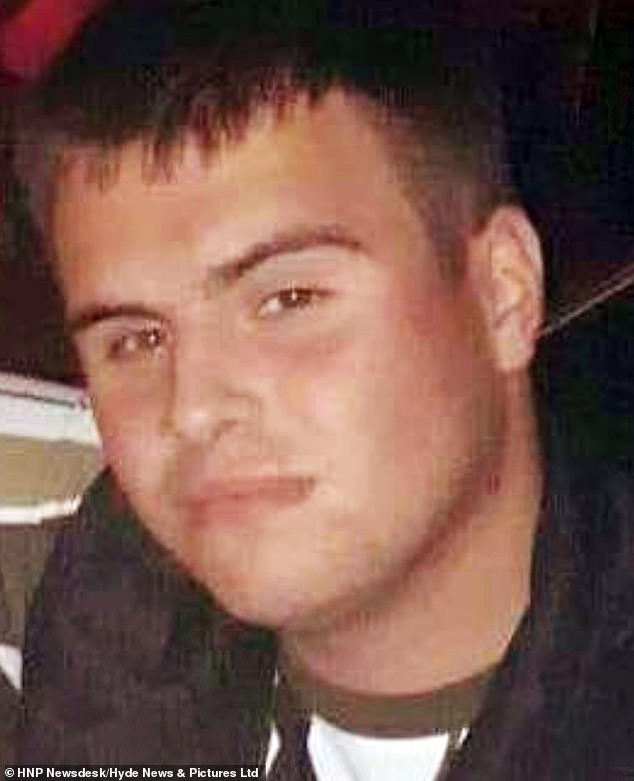 George McGowan, 19, sustained serious injuries in the collision with a Volkswagen EOS in Paulsgrove, Portsmouth on June 12

Ms White described feeling ‘numb, heartbroken and in disbelief’ at the time and said her life now feels ’empty’ following his death.

Portsmouth Coroners Court heard the teenager had spent the day with his girlfriend of four months Lilly Haskett.

Rosamund Rhodes-Kemp, Area Coroner, said: ‘George had been riding his e-scooter down the footpath on Ludlow Road [in Portsmouth] and he had decided to cross the road at a point where there was a gap in the vehicles.

‘But at that gap, there was a big van to the right hand side. He does not appear to have checked for oncoming vehicles. It is likely he was listening to music so would not have heard anything.

‘He pulls out between two parked vehicles. (Driver) Miss O’Sullivan was driving and he collided with her car. She does not have time to avoid him. 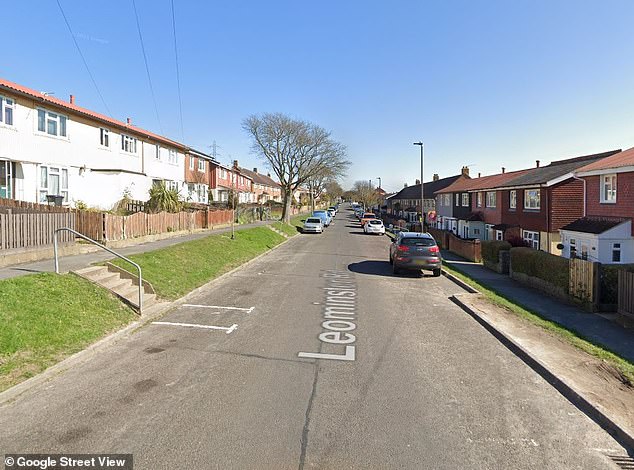 The tragic collision took place in Leominster Road in Portsmouth, Hampshire, a short distance away from Mr McGowan’s home 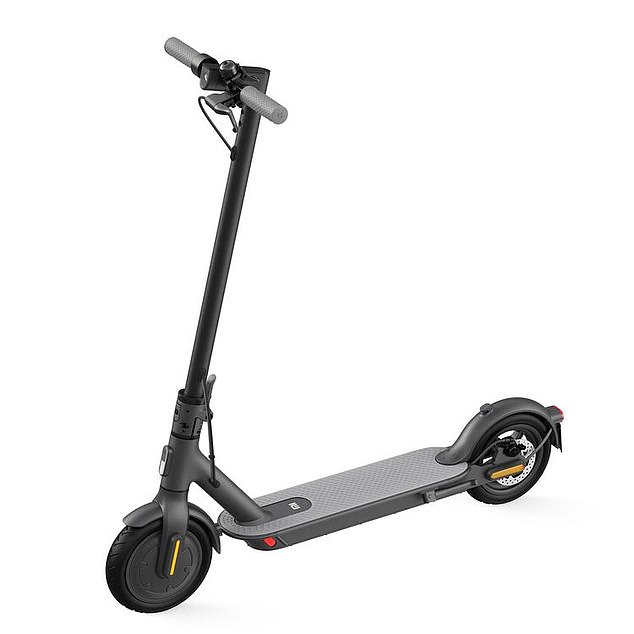 Mr McGowan was riding a 15mph Xiaomi Mi Pro (pictured) at the time of the collision, which he had been warned not to use on public roads

‘He is struck first by the windscreen which then catapults him over the car and he lands on the road where he suffers a catastrophic brain injury.’

The coroner heard Mr McGowan’s Airpods were found at the scene as well as his Lacoste slider shoes.

She said: ‘His electric scooter had a 300 watt motor and could reach speeds of up to 15mph. He had been driving on the road illegally on a public footpath at an unsuitable location. He had selected an unsuitable and unsafe location to cross the road.

‘He was riding an illegal e-scooter at the time. He had been stopped by the police two months previous where he had received a warning.’

Ms White said: ‘As soon as I saw the person in the road, I could tell it was George. His sliders were by his feet. I held onto his hand until emergency services said he had to be taken away. I was in shock.’

The warehouse worker was then taken to Queen Alexandra Hospital in Portsmouth after the incident at 8.23pm on June 12 before being taken to Southampton General Hospital where he was given emergency hospital.

What are the laws on e-scooters?

Renting an e-scooter is the only way to legally ride the vehicle on some public roads or in other public place at the moment.

But the controversial vehicles could be approved for use across the UK following a trial period. Currently, 10 London boroughs are taking part in the scheme with three providers to test how e-scooters work on the capital’s roads.

Riding e-scooters on the pavement however is banned, and riders must be 18 or over and have a full or provisional driving licence to rent one.

It is also illegal to use privately owned e-scooters or other powered transporters on public roads.

Relevant laws on e-scooter use include:

On public roads, anyone using a privately owned e-scooter or other powered transporter is likely to be committing at least one of a number of offences such as driving a motor vehicle with no insurance. You could be liable for a fixed penalty of £300 and six points on your driving licence

On pavements, it is generally an offence to drive a motor vehicle, and this applies at all times to e-scooters and powered transporters

E-scooters rented from the TfL scheme will be permitted to ride on London’s public roads and cycle infrastructure in participating boroughs.

These boroughs will designate no-go areas where e-scooters cannot be ridden and will come to a safe stop, as well as go-slow areas, where the speed of e-scooters will be reduced to 8mph

Ms White, who visited in hospital every day before her son passed away on June 22 this year, said: ‘He was a very normal, happy and loving 19 year old.

‘I visited him in hospital for an hour a day and he was in an induced coma. I was told there was nothing more they could do.

‘I was numb, heartbroken and in disbelief. I can’t really put into words how I felt that day and how I feel now. My life feels empty without George.’

The court heard the Liverpool FC fan had bought the scooter three months before from Halfords, and would ride it every day.

Mr McGowan had a provisional driving licence at the time.

Robert James who witnessed the incident said: ‘George did not slow down or look to see if the road was clear.

‘He was hit by the car. The windscreen was smashed and he rolled up to the roof before he became airborne.

‘He spun in the air a few times before landing on the road.’

Recording that the teenager died as the result of a road traffic collision, Mrs Rhodes-Kemp said: ‘Miss O’Sullivan was a conscientious driver. She had been driving for over 20 years.

‘George suffered from epilepsy so epileptic activity could not be ruled out but certainly he does seem alright on his route down until he turns.

‘It seems like a confident journey down the footpath. That was the first opportunity for him to cross the road you can see why he thought that was the ideal [point] to cross his road.

‘He seemed like a lovely lad. I cannot imagine your grief. I am just very sorry to all of you, I really am.’

Portsmouth City Council’s website says it is currently illegal to ride a private e-scooter on public roads but they can be ridden on private land.

Private e-scooters can be bought for anywhere up from £400 from the likes of Halfords and Argos.

Users must have a full or provisional driving licence to rent and ride an e-scooter as they are legally classified as motor vehicles.

Riders face a £300 fine and points on any current or future driver’s licence for using them illegally.

Britney Spears Does Not Have A ‘No Touching Rule’ Backstage, Despite Tabloid Report