Teenager, 19, who suffers a heart attack at sister’s baby shower after finding out the sex of the child is SAVED by three party guests who perform CPR

A teenager suffered a heart attack when her sister revealed she was pregnant with a boy at her baby shower.

Chloe Marriott, 19, collapsed when her sister Nicole, 23, told her she was expecting a boy – and was saved by three quick-thinking party guests who performed CPR.

The family had got together at the Coach and Horses in Bentilee, Stoke-on-Trent, on Saturday for the party when the drama unfolded. 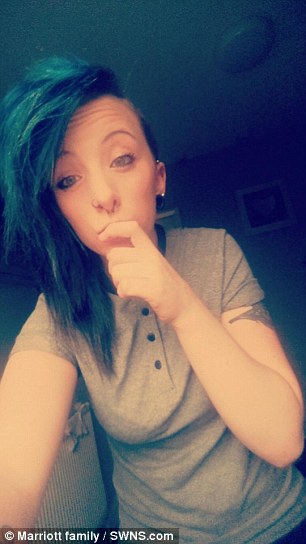 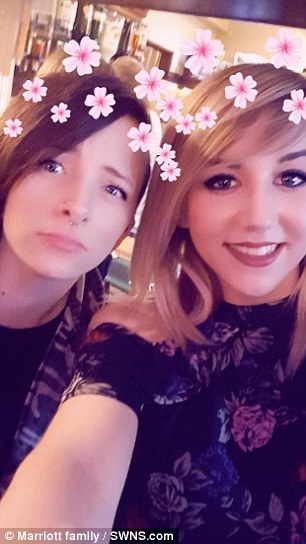 Chloe Marriott (left), 19, collapsed when her sister Nicole (right), 23, told her she was expecting a boy – and was saved by three quick-thinking party guests who performed CPR

She was placed in an induced coma for 24 hours before regaining consciousness at the Royal Stoke University Hospital on Sunday.

Chloe, of Tunstall, Stoke-on-Trent, and works at a pizza takeaway, is expected to be transferred to a specialist Manchester hospital for further treatment.

Chloe has a history of heart problems, had a pacemaker fitted at just six months old and has had surgery 15 times.

Mother Kim Marriott believes the stress of organising the baby shower along with the excitement of finding out the baby’s gender contributed to the heart attack.

The 40-year-old mum-of-three, from Tunstall, said: ‘Chloe spent a couple of weeks organising a baby shower for my eldest daughter Nicole. 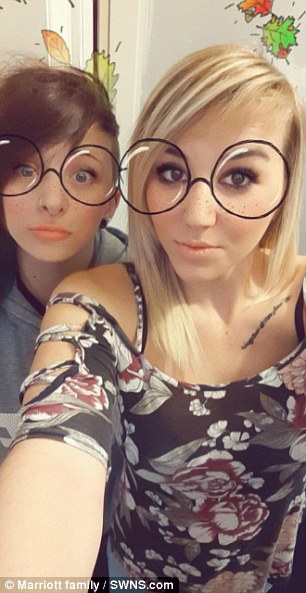 Chloe Marriott, 19, collapsed when her sister Nicole, 23, told her she was expecting a boy

‘She had had a busy morning getting the food together. We had just got round to lighting the candles on the cake a couple minutes before 3pm when Chloe hit the floor.

‘Carl, Stuart and Sharon saved her life – if it wasn’t for them she wouldn’t be here. It was at least five minutes they kept pumping away.

‘Chloe was born with congenital heart disease and she has had a number of operations, so we take extra special care of her.

‘We knew things could go wrong at some point. It’s one of those things that may happen or may never happen.

‘We think it was a number of things – the problems she already had with her heart, the stress of organising the event and the excitement of finding out it was a baby boy.

‘It was what everyone wanted. She really wanted a nephew because she already has a nice who is 21 months old.

‘I am really grateful to Carl, Stuart and Sharon and the ambulance service – I can’t fault any of them. If they hadn’t acted so quickly she would have severe brain damage.

‘Chloe is very confused now – she doesn’t know what happened to her. She has memory loss. We have had to tell her again that she is going to have a nephew.

‘They are hoping it will get better over time. They don’t think she will remember what happened on the day – it’s the body protecting itself.

‘She wasn’t impressed she has had to go to another hospital – she is used to going to Birmingham Children’s Hospital.’

A West Midlands Ambulance Service spokesman said: ‘This 999 call is a prime example of how vital early CPR is when someone suffers a cardiac arrest.

‘The ambulance staff took over CPR from those at the scene and continued advanced life support.

‘The team successfully resuscitated the patient before she was taken to hospital for further emergency care. We wish Chloe a speedy recovery.’ 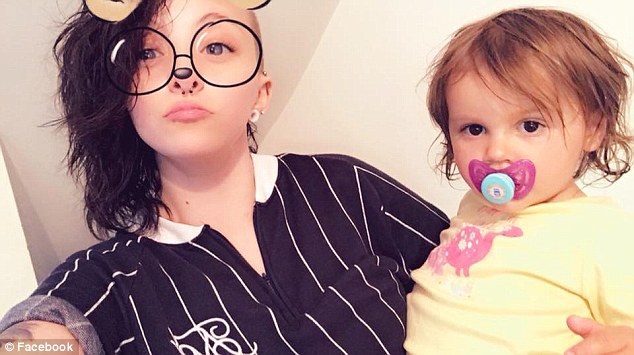 Chloe has a history of heart problems, had a pacemaker fitted at just six months old and has had surgery 15 times

NASA is testing ‘bee’ robots on the ISS