Jenny has good reason to be afraid. We told yesterday how her relative's house was torched in an arson attack, apparently to silence her before she identified members of a notorious child sex abuse gang. 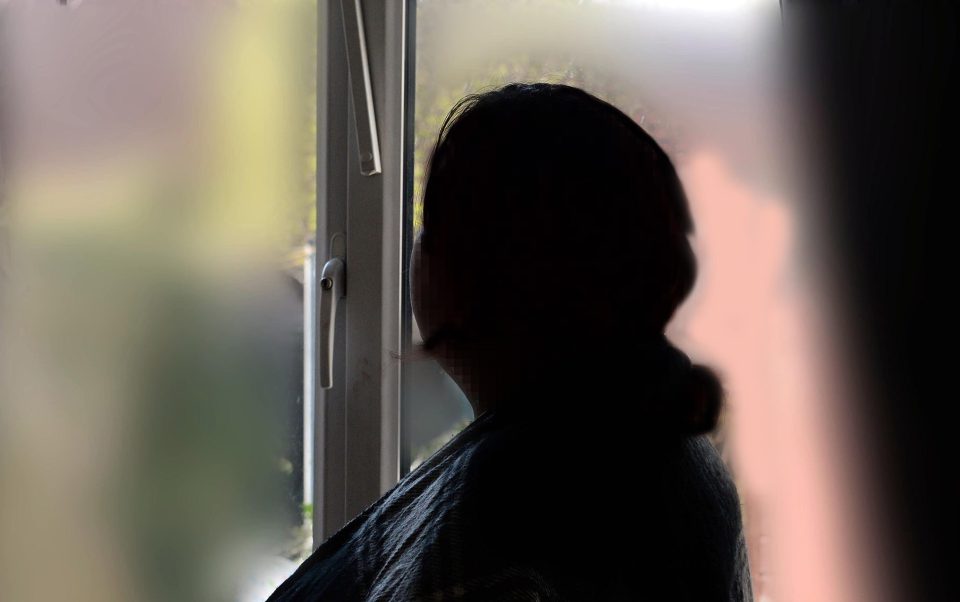 Jenny — not her real name — is a victim of decades of hidden child abuse that plagued the Shropshire town, which was only recently thrust into the spotlight after seven men were convicted of grooming and rape charges.

Today she is terrified after police asked her for information as part of a new inquiry into claims 1,000 schoolgirls were drugged and abused since the 1980s.

When The Sun meets her the curtains are half-drawn at 2pm. She twitches as she sits on the couch, glancing to the windows each time a car passes.

Only once you hear her harrowing story do you understand why her nerves are so frayed. 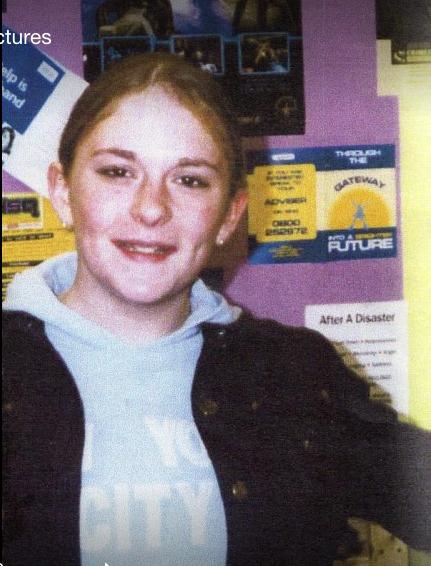 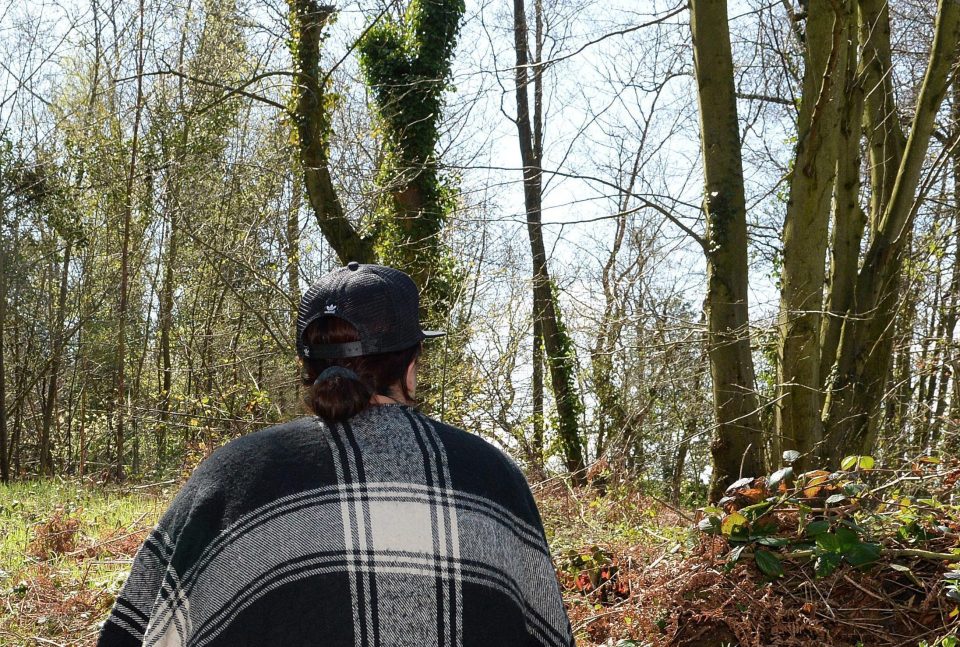 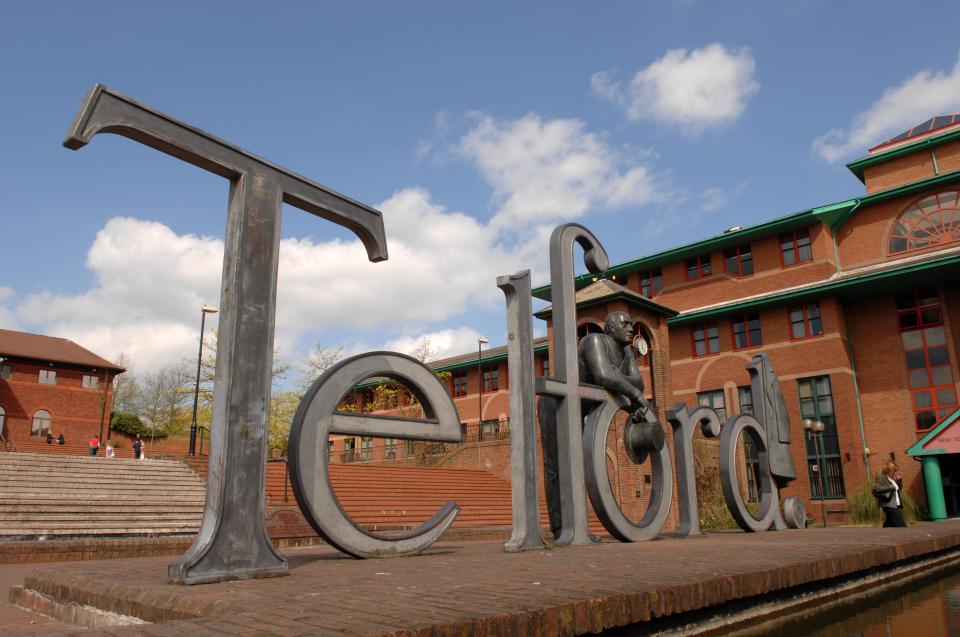 Jenny, now a single mum in her 30s, fell pregnant aged 12 after being raped by four abusers.

By the time she was 13 she had been forced to sleep with 70 men and does not know who her child's father is.

During years of abuse she says she also witnessed the rape of Becky Watson, a young victim who was killed in an unexplained car accident aged 13.

The 2002 smash was recorded at the time as a “prank” gone wrong, but it later emerged Becky had reportedly been abused by an Asian grooming gang since she was 11.

Jenny told The Sun: “When I saw Becky’s face in the newspapers it brought everything back.

“I feel like she is haunting me, like she wants me to speak out and get justice for what they did to her.

“I remember the night so clearly. These Asian men took us to Rochdale. They gave us lots of booze and took us in their car to a flat. 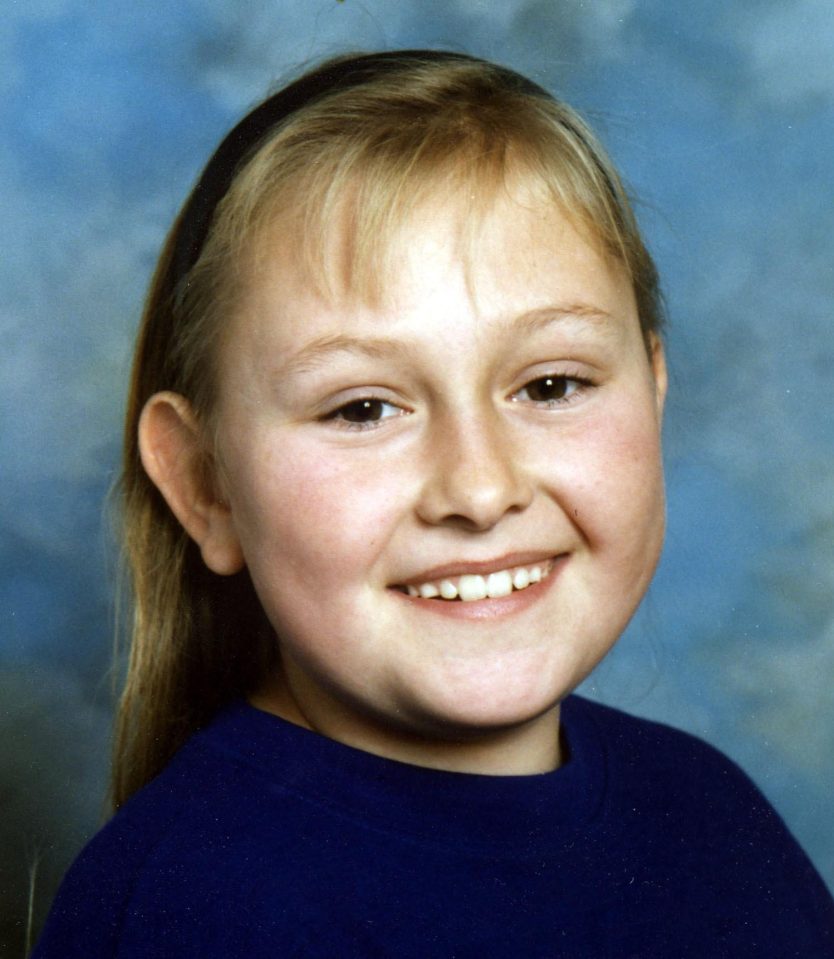 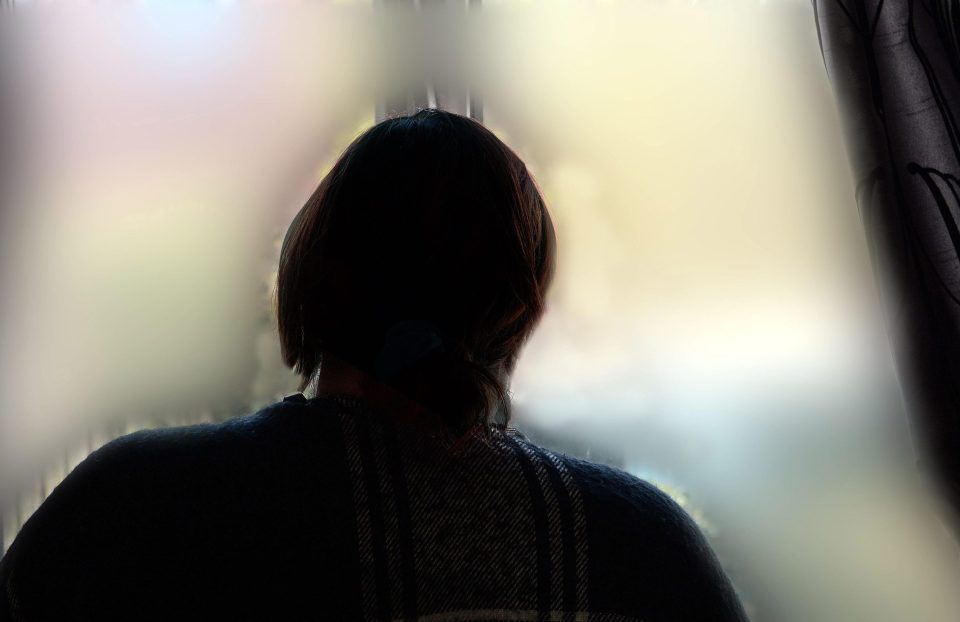 “We were all drinking a lot, apart from the men. One of them had been having sex with me all night.

“No one would take us home when it got late. We asked them to take us back but they refused.

“I went to the shop to get cigs and a drink with my other friend and the guys. But the man I had been sleeping with stayed in the flat with Becky.

“When we got back to the flat the door was locked. And I was shouting, ‘Becky! Becky!’

“After about five minutes the guy opened the door. Becky was sat there really quiet. She wasn’t herself at all.

“They finally took us back to Telford, and when the men drove away she broke down.

“She said he had been raping her as we were banging on the door. She was a virgin. She was only about 11 years old.

“If she’d had told me when we were there I’d have ran out and called the police.

“I felt responsible because I was older than her. I would have had a fight with him if I’d been there. 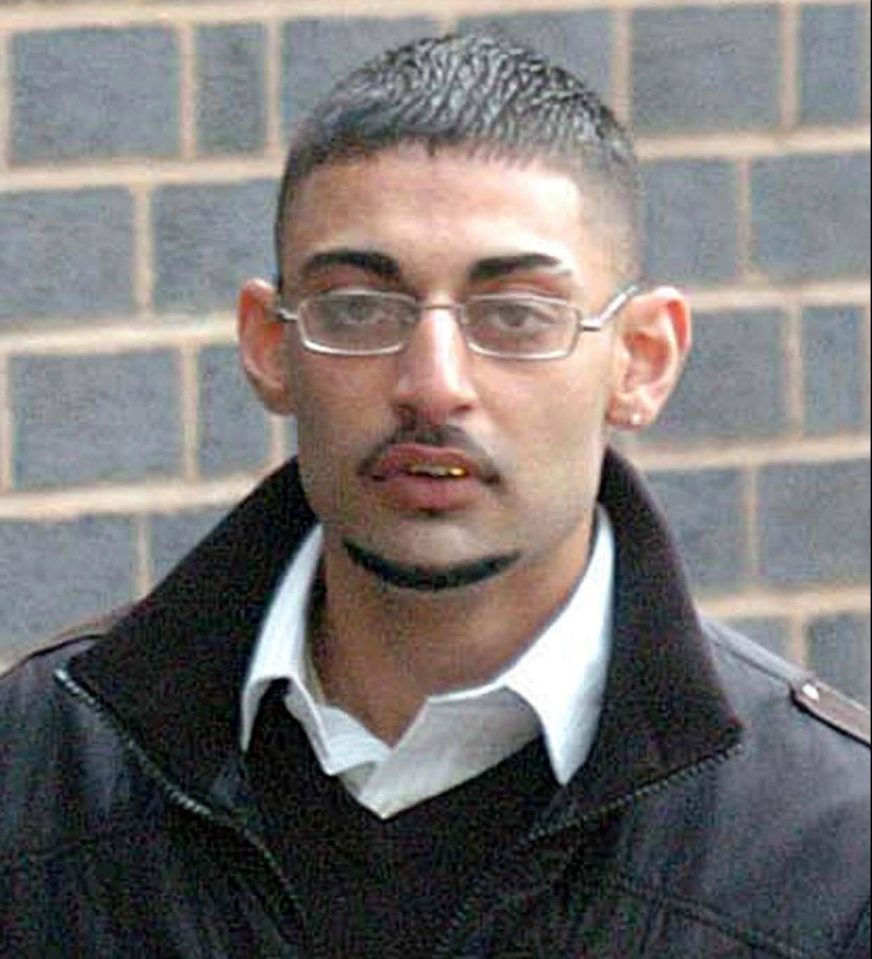 “Now it has all come up in the headlines again, I feel like I can’t rest. At night I have nightmares about it.

“But I can’t give evidence and stay in this area. I need to get away. Threats are already coming down the line.

“I have seen these men around me all my life, they are now in their 40s and 50s. A lot of them have grandkids at the school around the corner.

"Now I don't go out if I can help it. I walk to my mum's house which is only five minutes away but I put a scarf around my head and I keep my head down so no one can see me."

The Sun accompanied Jenny as she revisited The Wrekin, a local beauty spot where she and other girls were raped.

She said: "When we were 12 or 13 they used to come to the park and other places we hung around.

"They took us up The Wrekin. It is a scary place at night, a big cliff and there were no lights.

"The men forced us to perform sex acts. If we said no then they raped us. 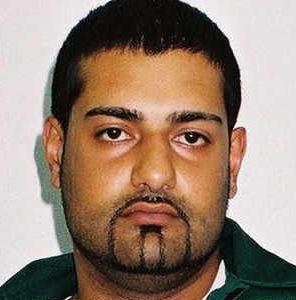 "Once I refused to do what they were telling me and they tried to push me out of the car. It is a two hour walk home and it was pitch black.

"So I clung to the car seat and fought back as they tried to push me. I managed to stay in the car that time."

“We didn’t know we were being groomed – the word grooming didn’t exist to us back then.

“The police want us all to testify now. They have given me a panic alarm so they can get here in five minutes — but the men that did these things live right here. Who would you be more scared of?” 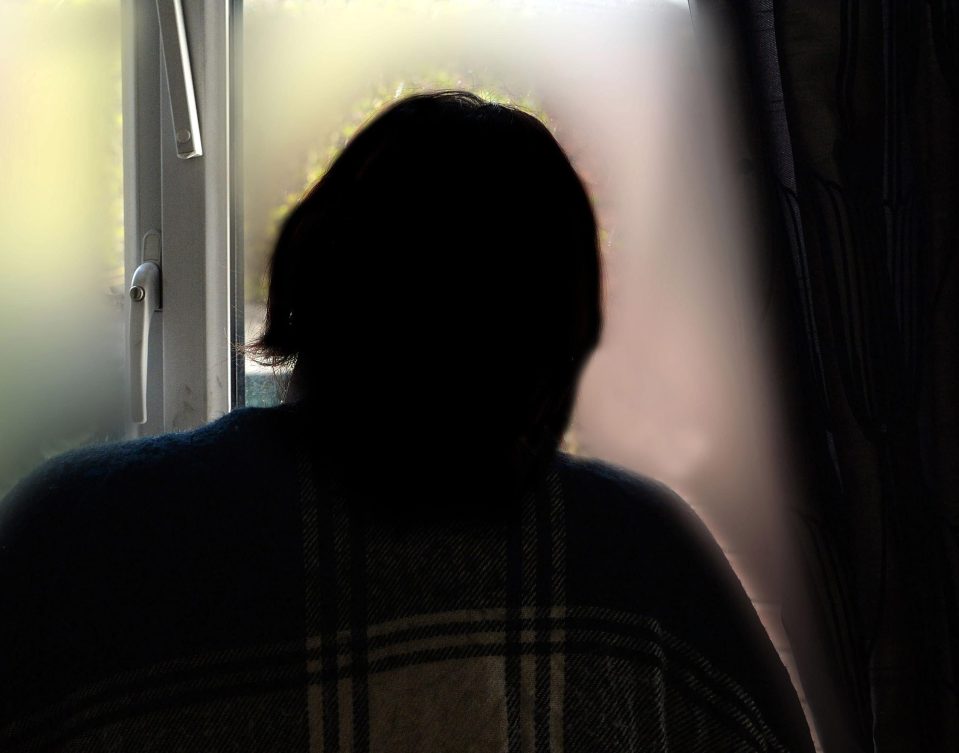 Days after our visit, a family member in the town was the target of an apparent arson attack which Jenny believes was meant to warn her and other victims against speaking out.

She said yesterday: "That is a warning sign. I need to get my family out of here.

"I have told the police I won't give them the names now. I can't do it. I am so scared something will happen.

"If it was just me then I'd do it but it's too much to risk and the police won't move us out of the area."

Another victim of the sex gang, Lucy Lowe, was 16 when she died in an arson attack on her Telford home along with mum Eileen, 49, and sister Sarah, 17.

The fire was lit by Azhar Ali Mehmood, Lucy's 26-year-old taxi driver "boyfriend", who was later jailed for the murders but never questioned over sex abuse despite fathering Lucy's child when she was 14. 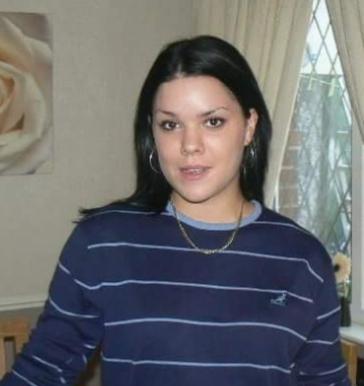 Lucy's dad George, who survived the arson attack in 2000, revealed last month he had received a threatening phone call warning him to "be careful".

He told The Daily Mail: "A police officer visited me and said they would be implementing security measures at my home.

"They are not discounting the possibility of another arson attack."

Another victim, who said she was driven to suicide after being drugged and gang raped, said Lucy's murder was a warning to all the victims to keep quiet.

She said: “I was scared my family would die like Lucy's — I thought they'd only be safe if I killed myself.”

Two years after the fire, Becky Watson died in the mysterious car crash. 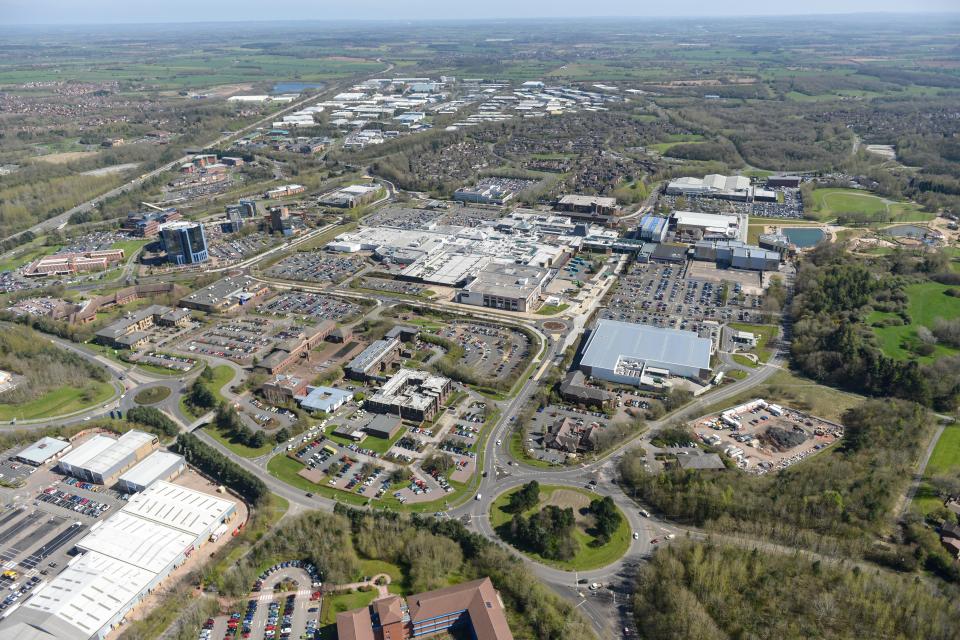 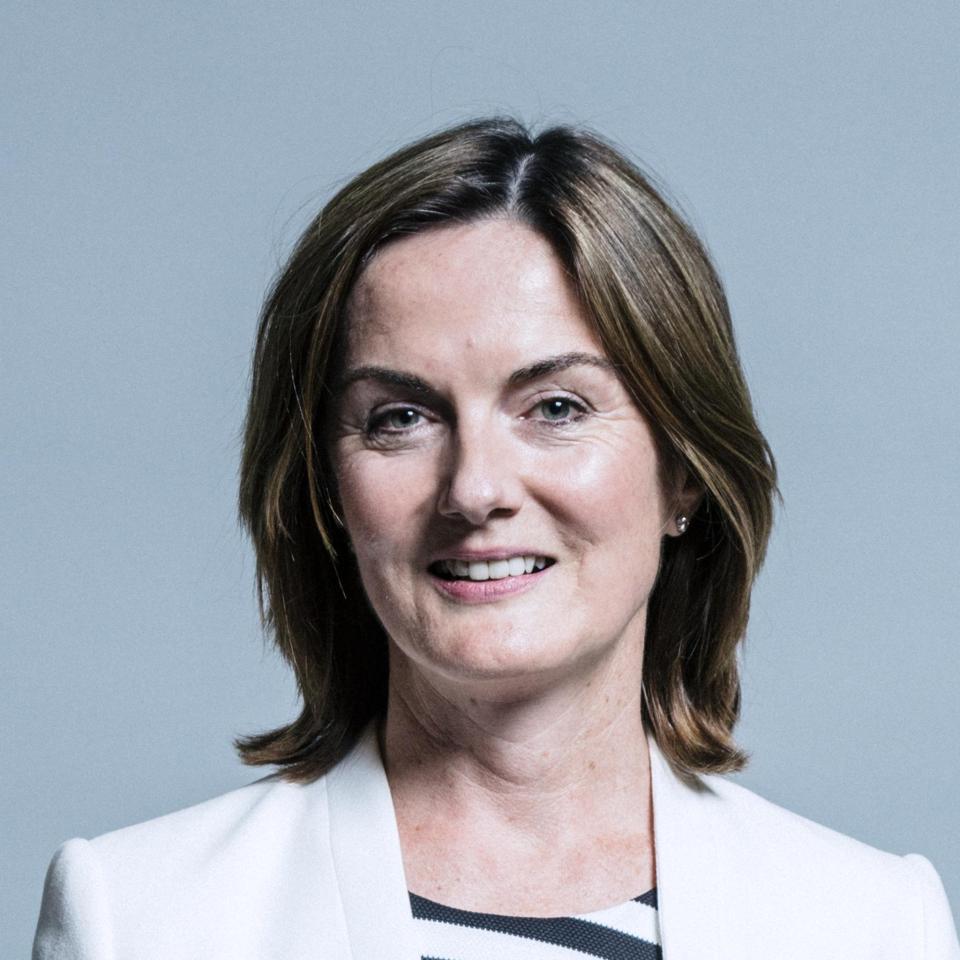 Becky's friend Vicky Round was abused by the same gang who got her hooked on crack aged 12 and heroin at 14. The aspiring model died from an overdose aged 20.

Sister Emma said: "I have no doubt Vicky would still be here if she hadn’t been so badly abused — yet the people who made her life hell still walk the streets."

So far as many as five deaths have been linked to the abuse.

The scale of the horrors in Telford — with an estimated 1,000 victims in a community of 170,000 — is feared to eclipse even the scandals in Rochdale and Rotherham.

At least 1,400 victims were identified in Rotherham, but that town has a larger population.

Jenny said she has been told by officers that 16 girls are set to give evidence in a fresh major inquiry, which will cover claims police failed to stamp out paedophiles in Telford.

Social workers were said to have known about their activities as far back as the 1990s, but it took cops a decade to launch a probe that eventually saw seven perverts jailed.

It has been claimed council staff viewed the underage girls as prostitutes instead of victims, and a vile police memo shows officers regarded sex with girls of 11 as "mostly consensual".

Telford and Wrekin Council said their approach to child sexual exploitation is now "very different from ten to 20 years ago".

Martin Evans, Assistant Chief Constable of West Mercia Police, said tackling the "horrific offences is our number one priority… whether that offending took place today, yesterday or decades ago".

Drunk Shopping Generates $45 Billion Per Year in the U.S.