Home » World News » Tennessee fisherman catches bass holding snake in its mouth: 'The head was looking at me' 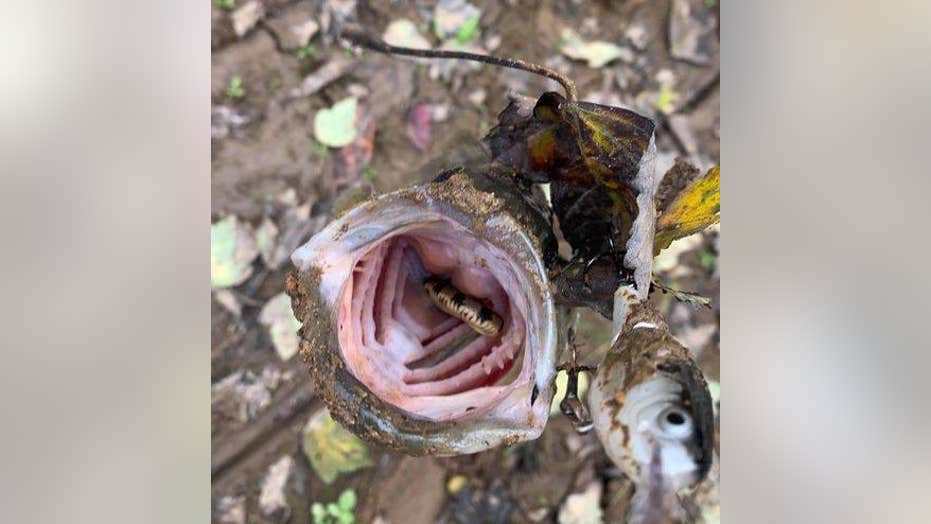 Captain Kyle Rosenblatt was fishing 20 miles off the coast of Florida when he spotted a great white shark circling his boat.

Proving once again that the sea is filled with unspeakable horrors, a fisherman in Tennessee reeled in a bass with a snake in its mouth.

The Tennessee Wildlife Resources Agency (TWRA) recently shared the story on Facebook, warning followers to “be careful when you reach your hand in a fish’s mouth” after a local angler inspected his catch, only to find the snake staring back at him. 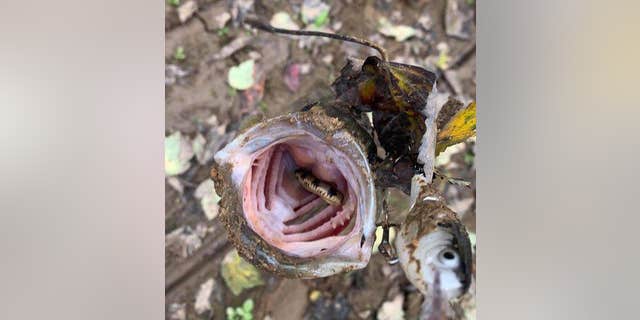 “The head was looking at me right before I took this picture,” fisherman Dan Boudrie told the TWRA.

"I thought it was cool but wondered how I would explain to an ER doc that I got bit by a snake from putting my fingers in a fish’s mouth."

Some of the TWRA’s Facebook followers have since identified the snake as a common water snake, or a banded water snake, with is a nonvenomous species. Even still, a few admitted that they would have been terrified at the moment.

“Not poison but could make you break your neck if you unexpectedly walk up on one,” one user wrote.

“If I had lipped the fish and then saw the snake, I probably would have thrown the fish, snake and rod and reel across the lake! No pictures!” wrote another follower.

Others shared their own creepy tales, including one fisherman who had the same experience “a few years back.” Another said she found a tiny turtle inside a recent catch, too.

The TWRA, meanwhile, doesn’t want anyone taking chances with snakes, venom or no venom.

It's almost #Halloween and it looks like the year 2020 is at it again. It seems that some fish are playing tricks on us, with no treat!” the agency wrote.

“Be careful when you reach your hand in a fish's mouth! You never know what might be in there.”

What is the UK's average penis size, where in the world do men have the smallest and largest penises?