The incident took place at the Tadoba Andhari Tiger Reserve in the district of Chandrapur in the central Indian state of Maharashtra. 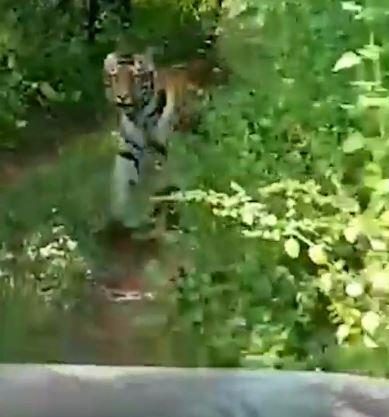 In the footage, at least two passengers are seen inside the Maruti Gypsy jeep as a tiger suddenly spots them and starts running after the vehicle.

Some of the passengers are heard panicking while the big cat powers after them at top speed, getting very close to the vehicle at one point.

The incident came just three days after a committee of animal experts and government officials launched an investigation into the killing of the tigress Avni.

Local authorities were strongly criticised for killing the tigress, which is believed to have killed 13 people in the last two years. 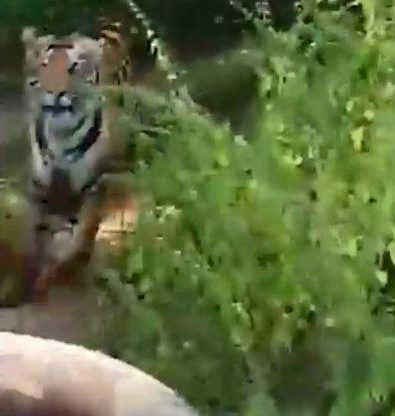 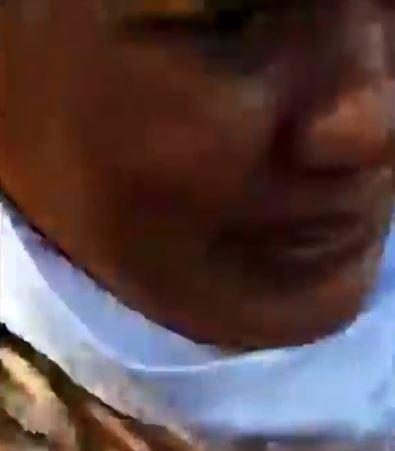 Avni was tracked down in the forest and shot dead, and animal rights groups slammed the way in which the tigress was labelled a "man eater" and killed instead of trying to capture it alive.

The forest department has been asked to carry out a full investigation into Avni’s killing.

This isn’t the first time tigers have chased down people.

The big cat pounced on an unsuspecting night prompting locals to form a search party.

Armed with sticks and axes the locals used tractors to flatten sugarcane crops to make way for forest rangers riding elephants in a bid to spot the tiger.

The search party found the dangerous animal mauling the corpse of the man – who was missing a leg and arm – and fired dozens of tranquilliser darts.

The big cat was knocked unconscious but local sources said villagers clashed with officials when the animal was put in a cage to be taken it to Lucknow Zoo.

Richard Madden Neglected to Tell His Mom About His Bodyguard Sex Scene: 'It's Not Fun for Her'

Everything we know about The ACE Family’s wedding