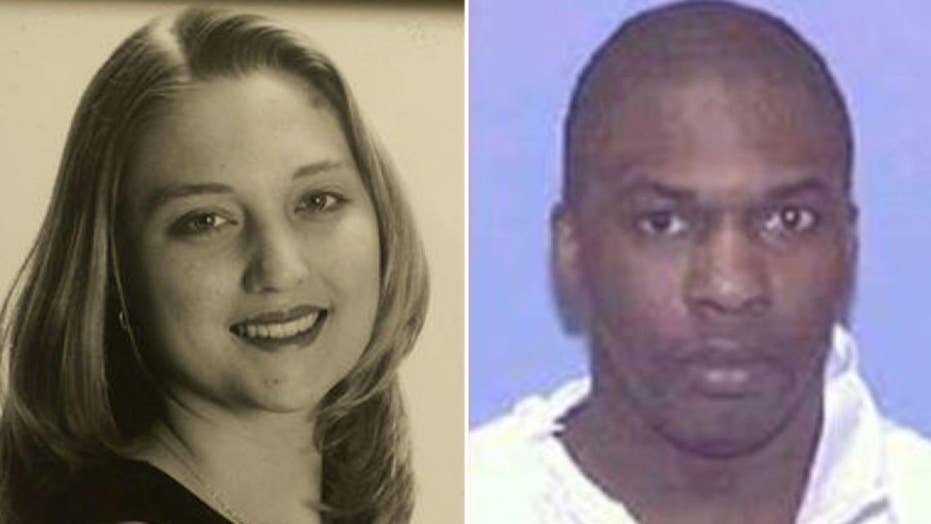 Nineteen years after her death, Kassie Federer’s killer has been found. With advancements made in DNA matching, Baton Rouge police were able to link 49-year-old Travis Green to her death.

She was just 19 years old, and studying psychology at Louisiana State University in 1999 when the killer somehow opened the dead-bolted door to her apartment and shot her to death.

The key piece of evidence was a glove left in the apartment that belonged neither to the victim, Kassie Federer, or her roommate. But for nearly 20 years police could not conclusively match the DNA in the glove to any in law enforcement databases, until now.

With advances in DNA matching capabilities, Baton Rouge police finally were able to come up with the evidence they needed to issue a warrant for a suspect, 49-year-old Travis Green, charging him with first-degree murder and aggravated burglary, according to published reports.

Green is currently on death row in Texas for the rape and murder of another 19-year-old woman in Houston that happened just two weeks before Federer was killed. He’s also linked to a third rape and murder – the victim was 82 years old and from Houston.

“I don’t think he has feelings and he could never hurt the way we hurt,” said Federer’s mother, Debby Durapau, according to The Daily Beast.

Although Green is on death row, and no execution date has been set, Federer’s family says the conclusive linking of their loved one’s slaying to the inmate brings a sense of relief and peace.

“I feel like this is closing this part, but nothing’s going to ever close the hole in my heart,” Durapau said to The Daily Beast. “I don’t know what closure is. This is something I don’t think I’ll ever come back from. I think of her every day.”

“I know that she’s gone and that she’s not coming back, but just the thought that someone shot my daughter at the afternoon in her apartment is the hardest for me,” Durapau said. “People say, ‘Oh, just wrong place.’ No, she was in the right place. That person came into her place.”

Warren Federer, the university student’s father, said: “It’s been a long time coming. It’s a big burden off of us. We know he’s not going to be out there doing that to somebody else’s daughter.”

Baton Rouge police had tried to find a link between Green and the glove in previous years, but the results several times came back as inconclusive.

The largest ozone hole ever recorded is now closed

Will.i.am’s net worth: The Black Eyed Peas star is worth a ton of money