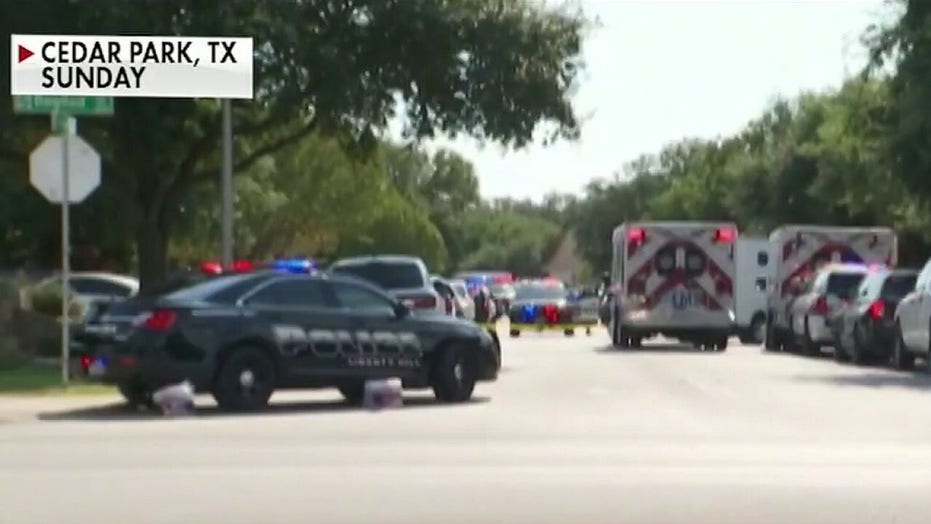 Suspect remains barricaded inside house with three other people.

An over 18-hour-long standoff continued early Monday at a suburban Texas neighborhood where three responding officers were wounded in an exchange of gunfire. The unnamed suspect allowed two hostages to leave but remains barricaded inside the home with a third as the dramatic scene carries on for a second day.

In a press conference at 8 a.m. local time, interim Cedar Park Police Chief Mike Harmon said it took 16 hours of hostage negotiations with law enforcement to convince the suspect, in his 20s, to allow his sister, brother and a family pet to leave the home on Natalie Cove in the Heritage Park subdivision. The suspect and his mother remain inside.

“We’re reaching out to this young man to let him know we want to end this with a peaceful resolution,” Harmon told reporters at a nearby intersection. “We want to get him the help he needs. And we want him to come out so we can end this peacefully.”

Two of the officers shot at the home in Cedar Park, a suburb about 25 miles northwest of Austin, Sunday afternoon were released from the hospital early Monday in good condition. A third has entered surgery, and Harmon did not have an update on the officer's condition.

Harmon also said he would not release the ages of sister and brother recovered from the home, but police previously said at least one was under 18. Both were being examined by EMS. Neither the suspect nor the officers injured have been named by authorities.

Representatives from the Central Texas Regional SWAT team and the FBI remained at the scene Monday morning.

In an update at 4:30 a.m. local time, Cedar Park Police directed residents on Natalie Cove in the Heritage Park subdivision to stay inside.

“It's still unsafe to leave as we are working an active scene involving a suspect barricaded inside his home,” the tweet said. “Please do not leave until we say it is safe to do so.”

Police first responded to a home on Natalie Cove around 3 p.m. Sunday, after a woman called to report her son, in his 20s, had kicked down a door and was acting aggressively. Officers entered the home and were met with gunfire.

Officers fired back and struck the suspect, Harmon said in an earlier press conference at 9 p.m. Sunday night. Three officers were injured and retreated back outside. The suspect then barricaded himself inside the home, taking his mother, brother, and sister hostage.

The suspect’s relatives told authorities that he has been dealing with “some mental health issues.”

The three Cedar Park police officers wounded in the incident were taken to area hospitals where they remained in stable condition as of Sunday night. They sustained injuries believed to be non-life-threatening. One suffered a gunshot wound in the arm, a second was shot in the chest, but was protected by a bullet-proof vest, and a bullet grazed the head of the third officer, Fox 7 Austin reported.

Gov. Greg Abbott, a Republican, issued a statement Sunday thanking law enforcement for their sacrifice and asking Texans to join him in prayer for the three officers injured in the line of duty.

"Our hearts are with the police officers who were injured while protecting the Cedar Park community this afternoon. We must never take for granted the service and sacrifice of our law enforcement officers, and the State of Texas stands ready to provide the support and resources needed to bring justice to those involved," Abbott said. "I ask that all Texans join Cecilia and me in prayer for these officers, and for the safety of all law enforcement officers across the state."

Baby on board! 7 firefighter families from 1 station are expecting babies at the same time