Even as Donald Trump refuses to concede defeat, US President-elect Joe Biden has begun laying the groundwork to wind back his predecessor’s agenda and implement his own sweeping reforms. 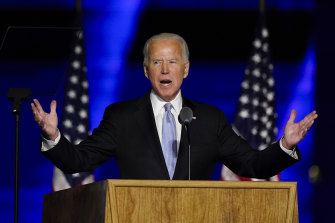 But while Biden has promised to “lead from day one”, he will nonetheless enter the White House during one of the most difficult periods faced by any modern US president.

So, what are the main challenges he’s likely to confront and to what extent can he overcome them?

The first, of course, is a raging pandemic showing no signs of abating.

While Biden’s election victory was a clear repudiation of Trump’s handling of coronavirus, the US today hit another grim milestone, reporting its 10 millionth infection as cases continue to surge across most states.

Biden will announce a new coronavirus task force tomorrow, and unlike Trump, he’s vowed to “follow the science” and take advice from experts such as Dr Anthony Fauci, America’s top infectious disease official. 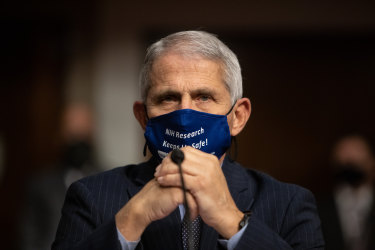 But a central plank of Biden's COVID-19 response involves implementing a national mask mandate, which would require the cooperation of the states – many of which are run by Republican governors who have proven to be resistant to the idea.

Then there’s the question of a vaccine, which the Trump administration had planned to achieve by the end of the year under Operation Warp Speed: an initiative set up to "produce and deliver 300 million doses of safe and effective vaccines, with the initial doses available by January 2021".

Even if a vaccine is produced in this time frame, health officials have warned it could take until the third quarter of next year for the general public to get access to it. Furthermore, “vaccine hesitancy” suggests much of the country might not want access at all. 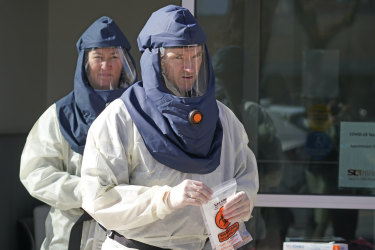 "Right now, there is a reluctance to take vaccines," Fauci said last month, “partly fuelled by … mixed signals that are coming out from the government, that is not being very helpful."

The legacy of COVID-19 also means that millions of Americans are currently employed or on the poverty line.

Biden has vowed to boost the economy and narrow wealth disparities through a broad suite of measures, from lifting the minimum wage to $US15, to the creation of one million new automotive jobs.

But many of Biden’s most ambitious plans – such as increasing taxes for the wealthy – could end up proviing difficult depending on who has control of the Senate.

To that end, it all comes down to the new swing state of Georgia.

Quite aside from the presidential race, Georgia will hold two election “runoffs” on January 5, which will determine whether or not the Republicans retain control of the Senate.

Based on current numbers, the Democrats would need to win both spots up for grabs in order to gain a narrow majority with Vice-President-elect Kamala Harris serving as the tie-breaker vote.

In a sign of how much is at stake, both parties are even sending in reinforcements. Texas Senator Ted Cruz is one of several high profile Republicans heading to Georgia in a bid to mobilise voters, while popular New York entrepreneur Andrew Yang announced today he was moving to the state to help the Democrats clinch the two seats they need.

“This is our only chance to clear Mitch (McConnell, the Senate Majority leader) out of the way and help Joe and Kamala get things done in the next four years,” Yang said.

On race, Biden will have to walk a fine line between genuine criminal justice reform, which civil rights leaders have been demanding since George Floyd’s death, and ensuring community safety isn’t compromised by moving too far on police reform.

His commitments include a nationwide ban on chokeholds, a national police oversight commission, and federal standards for police officers – all of which will require approval from Congress.

Expectations are also high when it comes to climate change. Biden has already laid out a $US2 trillion clean energy and infrastructure plan and a goal of net-zero emissions by 2050 as part of his agenda.

However, while some of his environmental policies can and will be swiftly implemented, such as rejoining the Paris climate accord, others will depend largely on the make-up of Congress and further negotiation within Democratic own ranks.

This could prove delicate for the new president, with young voters and progressives likely to keep pushing Biden to support the so-called Green New Deal sponsored by Senator Bernie Sanders and firebrand congresswoman Alexandria Ocasio-Cortez.

In a sign that tensions are already started to simmer, AOC used a scathing interview with The New York Times this weekend to warn her party that progressives and progressive policy "are not the enemy.”

Biden has vowed to be a unity president and will enter the White House on January 20 with an ambitious first term agenda. The extent to which it becomes reality is another thing altogether.

Understand the election result and its aftermath with expert analysis from US correspondent Matthew Knott. Sign up to The Sydney Morning Herald‘s newsletter here, The Age‘s here, Brisbane Times‘ here and WAtoday‘s here.