The day Dominic Cummings’s (many) enemies have ALL been waiting for: RICHARD KAY details the life and times of the ‘career psychopath’ who has spent years spewing bile across Westminster

Somehow it was inevitable that Dominic Cummings would turn up at Downing Street on a Sunday.

The man seen as a sinister hybrid of Rasputin and a ‘career psychopath’ doesn’t take much notice of the niceties of the Sabbath.

In much the same way he wears every damning soubriquet – and perhaps no one in public life has acquired quite so many – like a flashing halo.

The owner of the indispensable voice in the Prime Minister’s ear rarely conforms to the normal pattern of political expediency. 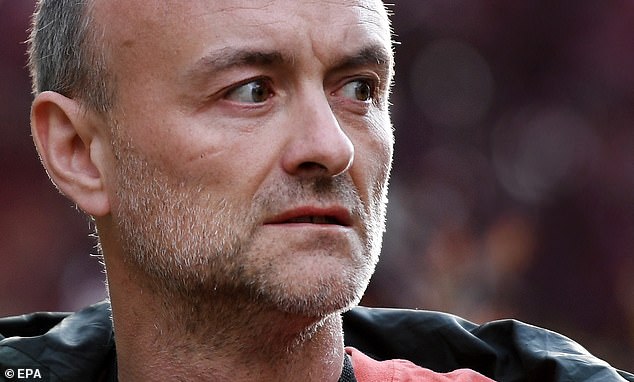 So with his own behaviour casting a giant shadow over the Government, he put himself front and centre yesterday as the storm raged over claims he broke the lockdown rules.

He was also being deliberately provocative.

If, as friends of Boris Johnson’s most senior aide maintain, he is being measured up as the fall guy in a brutal ‘Game of Thrones’ style power struggle over who governs Britain – elected politicians assisted by aides and advisors or a faceless civil service – Cummings was not going quietly.

Was he the victim of a sophisticated conspiracy to weaken a PM still battling the aftermath of coronavirus, or had he simply made too many enemies and his usefulness expired?

Certainly the optics of the controversy do not look good – and even Dominic Cummings, the Machiavellian tactical genius behind Vote Leave and the 2019 election victory, must acknowledge that.

No wonder then there were mutterings yesterday of ‘dark forces’ behind the exposé of the high profile aide.

These claims began circulating after it emerged Cummings was at the centre of a power struggle within Whitehall.

Yes, Boris’s chief advisor has been cast as the villain in umpteen of these scenarios. But this time it was different because it comes at an uncomfortable moment for the Government amid confusion over its lockdown strategy and quarantine policy. 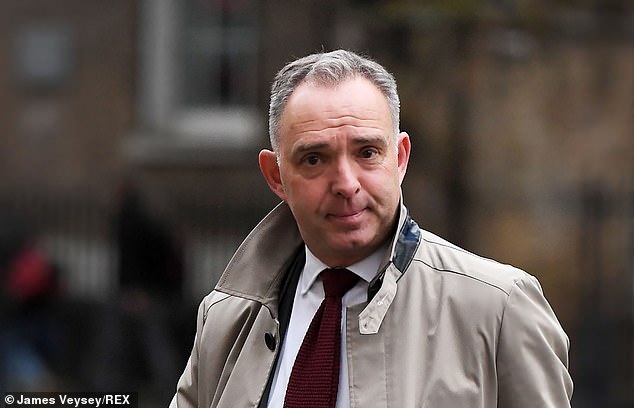 Sir Mark Sedwill, Cabinet Secretary and Head of the Civil Service, who has clashed with Cummings as Number 10 tries to reform the civil service

Yesterday it was revealed there had been a shakeup in Mr Johnson’s top team four days ago.

In had come Simon Case, Prince William’s private secretary and a former Downing Street official who was already on secondment to the Cabinet Office.

His job is to lead the response to the Covid-19 crisis.

At first glance this seemed a move to downgrade the influence of Sir Mark Sedwill, the Cabinet Secretary, who is blamed by some in No 10 for failing to get a grip on the virus.

But as one senior Whitehall figure told me: ‘Don’t underestimate the influence of the civil service.

‘They are bloodless in their approach.’ 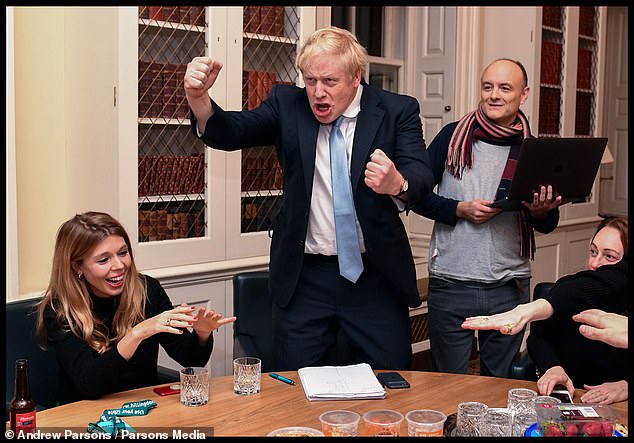 Indeed, the move is now being interpreted as the first step in an attempt to dilute Cummings’ pervasive influence.

Cummings and Sir Mark have had an uneasy relationship for months.

Although they were briefly in tune in the weeks after the election, they have drifted apart as the blame game over Covid-19 started.

Cummings wanted Sedwill out. Instead, Case will now act as a ‘firewall’ between the two ‘alpha males’.

But that was not the only development in this epic arm-wrestle over who has the greater access to the Prime Minister. 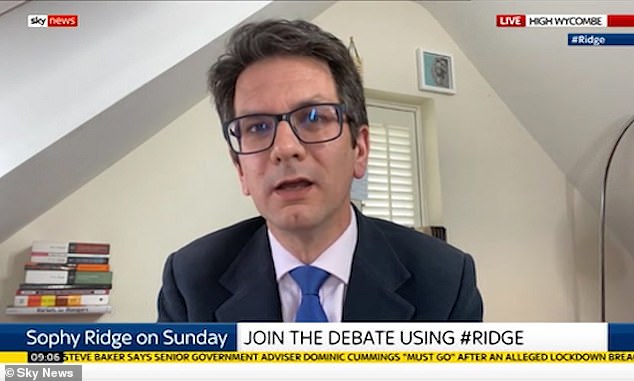 Another civil servant, Helen MacNamara, who has also clashed with Cummings over his ruthless treatment of special advisors, has been parachuted in as Sir Mark’s deputy, a promotion which puts her in line to be the first ever female cabinet secretary.

This was especially significant because Cummings, who has called for a revolution in Government to end the ‘Kafka-esque’ influence of civil service mandarins, dislikes Mrs MacNamara intensely.

Pointedly, political insiders suggest Boris was bounced into the appointments by Whitehall.

Yet none of this internal tinkering would have mattered a jot had Dominic Cummings not been exposed for flouting the spirit of lockdown when, after falling ill, he drove his wife and son to his parents’ home in Durham.

Now it is being seized on by his supporters as evidence of a campaign to force him out of Downing Street.

He has been here before. In 2014 as an advisor to then-education secretary Michael Gove, he and Gove were forced out amid uproar over their plans to challenge the ‘complacent nexus of vested interests’ in education. 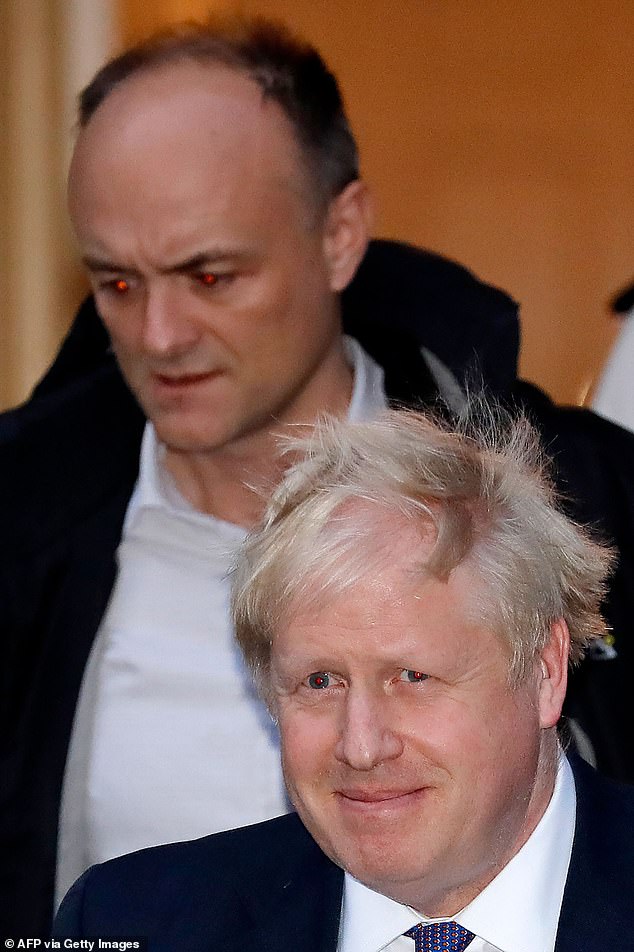 Since his return to frontline politics, Cummings has had civil servants in his cross hairs, from proposals to abolish the Department for International Development, to axing the Justice Department and removing procurement responsibilities from the Ministry of Defence.

And every one of his utterances, blog-postings or tweets has been pored over by a Whitehall contemptuous of his determination to ‘professionalise’ the advice given to ministers.

Certainly, some believe it was enough for civil servants to attempt a coup in which Boris would have no choice but to fire Cummings.

If so – and thus far there is no evidence that Cummings was the victim of a deliberate leak rather than fair game after being spotted 270 miles from his home – they grievously misjudged both men. 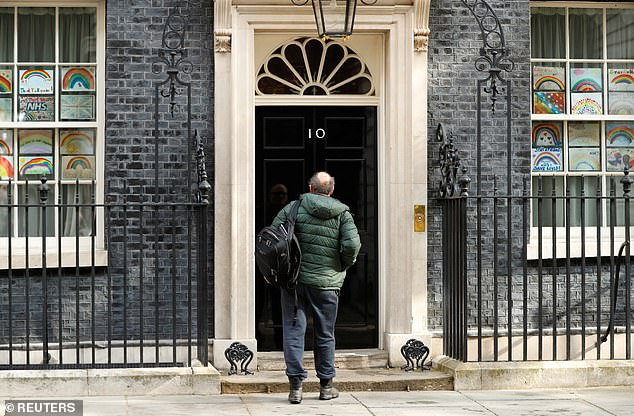 As a friend of the PM says: ‘Boris and Dom are like brothers…. Boris is not a great thinker, he is a broad brush person. Dominic is the brains and details man.’

There is no doubt that Boris has been physically diminished by his brush with Covid-19. Some believe civil servants saw this as an opportunity.

They may also have been emboldened by a resurgent Labour party under Sir Keir Starmer.

If Cummings could be manoeuvred out, there could be a power grab. That, at least, is the view from some Government figures.

It might also explain why there was no hint of contrition from Cummings yesterday.

He is a man who has no doubts whatsoever when it comes to his own abilities, but even so it takes more than just chutzpah to survive the forensic roughing up he’s been subjected to.

Cummings has been upsetting the Westminster establishment for years.

David Cameron branded him a ‘career psychopath’ after an interview in which Cummings shredded the competence of the Department of Education while blaming a Tory PM who ‘bumbles from one shambles to another without the slightest sense of purpose’.

He was no kinder to Tory MPs; former Brexit secretary David Davis was ‘thick as mince’.

He was also behind the decision to expel 21 Tory MPs – including the venerable Ken Clarke – who defied the Government over Brexit.

In a blog, he dubbed the fervently anti-EU European Research Group ‘narcissist delusionals’ and ‘useful idiots’ whose intransigence ‘has helped only Remain’.

‘During the referendum, so many of you guys were too busy shooting or skiing or chasing girls to do any actual work,’ he added.

‘You should be treated like a metastasising tumour and excised from the UK body politic.’ Cummings, son of an oil rig project manager and a special needs teacher, was educated at Durham School where yearly fees rise to £35,000.

As a teenager he helped an uncle run the city’s notorious Klute nightclub, a venue once said to be ‘Europe’s worst’.

After Oxford where he read Ancient and Modern History, Cummings spent three years in Russia where he attempted to set up an airline, before being appointed director of Business for Sterling which campaigned successfully to keep Britain out of the Euro.

Three years later he became Director of Strategy for Tory leader Iain Duncan Smith, but quit after eight months in frustration at his boss’s ‘incompetent’ leadership. Cummings then led the successful 2004 campaign against the establishment of a North-East regional assembly, winning with 78 per cent of the vote.

Admirers say he is a brilliant tactician, but concede he is now a marked man.

Even with the PM’s patronage, he will need all his political acumen to survive in the weeks and months ahead.

The 9/11 victims fund is finally fixed

Playback: The Russo Brothers on ‘Avengers: Infinity War’ and Raising the Marvel Stakes