LONDON (Reuters) – Prime Minister Theresa May was clinging to power on Thursday after her final Brexit gambit backfired, overshadowing a European election that has shown a United Kingdom still riven over its divorce from the EU.

May’s departure will deepen the Brexit crisis as a new leader is likely to want a more decisive split, raising the chances of a confrontation with the European Union and an election that could usher in a socialist government.

In such a fluid situation, Britain faces an array of options including an orderly exit with a deal, a no-deal exit, an election or a second referendum that could ultimately reverse the 2016 decision to leave the EU.

May, who won the top job in the turmoil that followed the 2016 referendum on EU membership, has repeatedly failed to get parliament’s approval for her divorce deal, which she pitched as a way to heal Britain’s Brexit divisions.

Her last gambit, offering a possible second referendum and closer trading arrangements with the EU, triggered a revolt by some Brexit-supporting ministers and triggered the resignation of her parliamentary business manager.

On Thursday, with Britons voting in a European election in which pre-poll surveys suggested May’s Conservatives would be thrashed by Nigel Farage’s Brexit Party, May was digging in.

The government said it would publish legislation to enact May’s EU deal, originally due on Friday, early next month, and her spokesman said she would be listening to colleagues’ concerns.

BILL TO BE PUBLISHED

Asked if she was planning to rewrite the legislation, he said: “She is focused on delivering Brexit …

“The prime minister wants to ensure that the UK leaves the EU with a deal, and the only way to leave with a deal is by ratifying the Withdrawal Agreement.”

The mass-circulation Sun newspaper’s front page was headlined “May set to go after Brexit fiasco”, while the Times led with “May prepares to quit after cabinet mutiny”.

Foreign minister Jeremy Hunt said May would still be prime minister when U.S. President Donald Trump arrives for a state visit on June 3.

EU supporters fear Brexit will undermine Britain’s economy – fifth-largest in the world – as well as London’s position as one of the world’s top two financial capitals. The also say it will weaken the West as it grapples with Trump’s unpredictable presidency and growing assertiveness from Russia and China.

May, who has been obdurate through one of the most tumultuous premierships of recent British history, had promised to leave office if lawmakers approved her Brexit deal, but is now under intense pressure to name a date.

Nearly three years after Britain voted by 52% to 48% to leave the EU, it remains unclear how, when or even whether it will leave the European club it joined in 1973. The current deadline to leave is Oct. 31.

When May goes, her Conservative Party will elect a leader who is likely to want to renegotiate the deal she agreed with the EU in November, raising the chances of a confrontation with the bloc and a national election.

The bookmakers’ favorite to succeed May is Boris Johnson, the face of the official campaign to leave the EU, who has said he wants a more decisive split. More than a dozen others are seen as potential candidates.

If there was an election and the Conservatives lost, the winner would be Labour Party leader Jeremy Corbyn, a veteran socialist who wants to nationalize swathes of the British economy but has not said what shareholders will get in return. Corbyn also says he wants to take Britain out of the EU.

The U.S. investment bank JPMorgan raised its probability of a no-deal Brexit to 25% from 15%, saying its base case was that Johnson became prime minister, followed by a parliamentary election and then another delay to Brexit.

The Investment bank BNP Paribas said it now saw a 40% probability of Britain leaving the EU without a transition agreement in place. 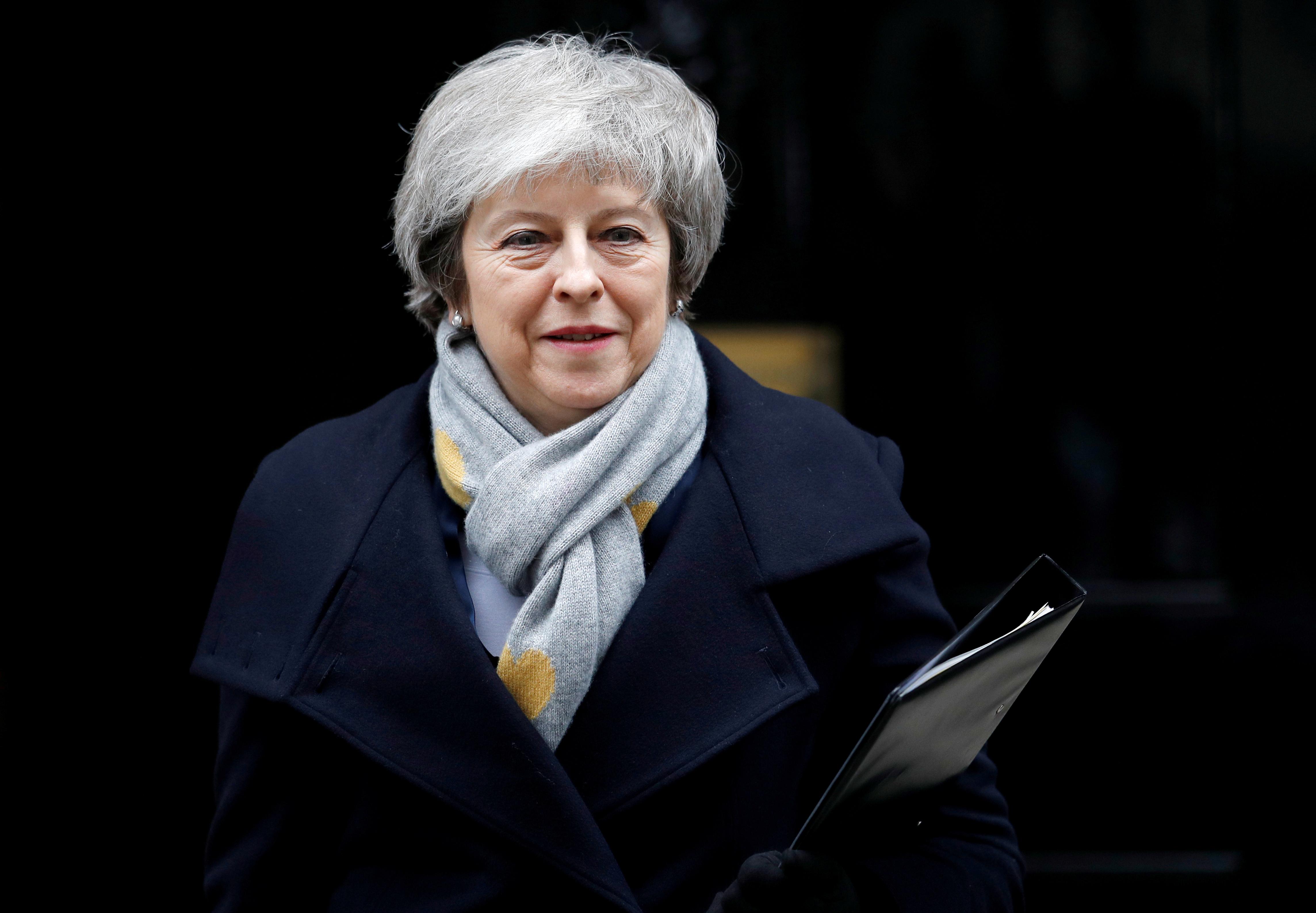 The chairman of the powerful Conservative 1922 Committee, which can make or break prime ministers, told lawmakers that May would meet him on Friday to discuss her leadership.

The Times said she would then name a date for her departure, and remain prime minister while her successor was elected.

European election results are expected after 2100 GMT on Sunday.

14 Summer Blouses We're Definitely Buying ASAP — All Under $20 on Amazon!