More than a dozen dive experts and support staff joined the PM at a reception in 10 Downing Street. 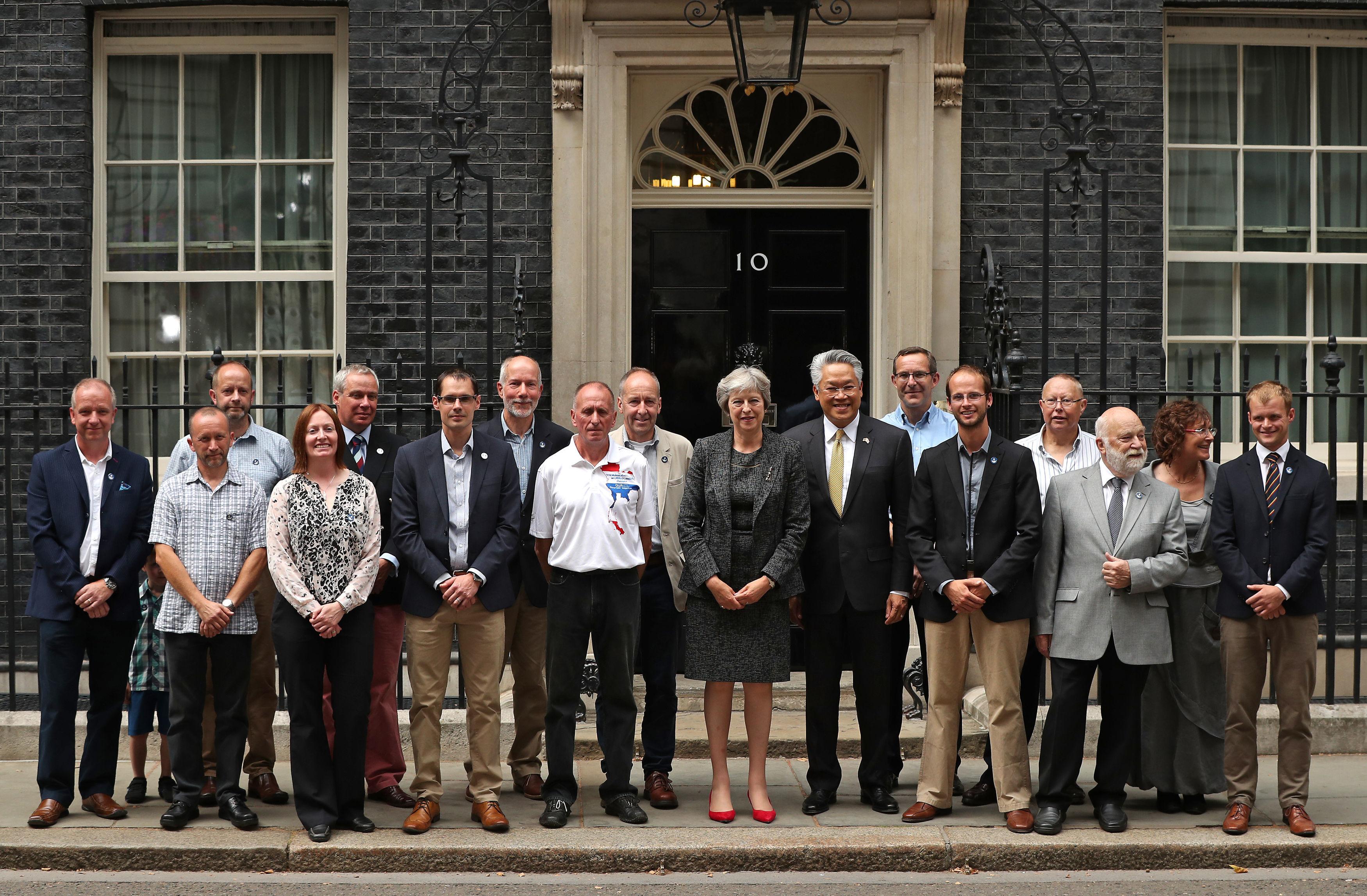 Mrs May paid tribute to their bravery in risking their lives to rescue the divers and their football coach on the "amazing rescue mission" earlier this month.

Mr Unsworth was recently locked in a public battle with Elon Musk, after the tech tycoon wrongly accused him of being a paedophile.

The divers and support staff posed with Mrs May and Thai ambassador Pisanu Suvanajata outside the famous black door of Number 10. 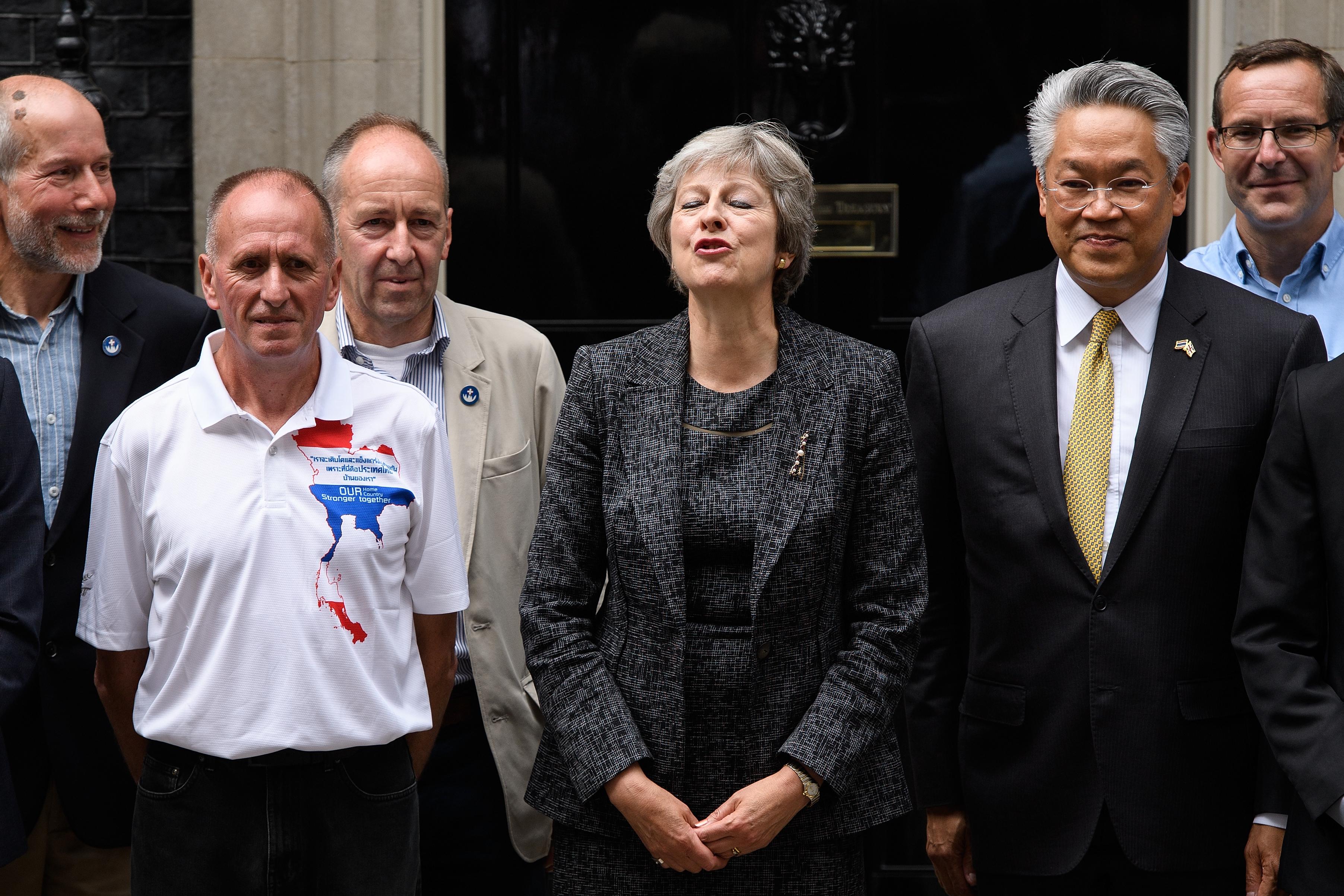 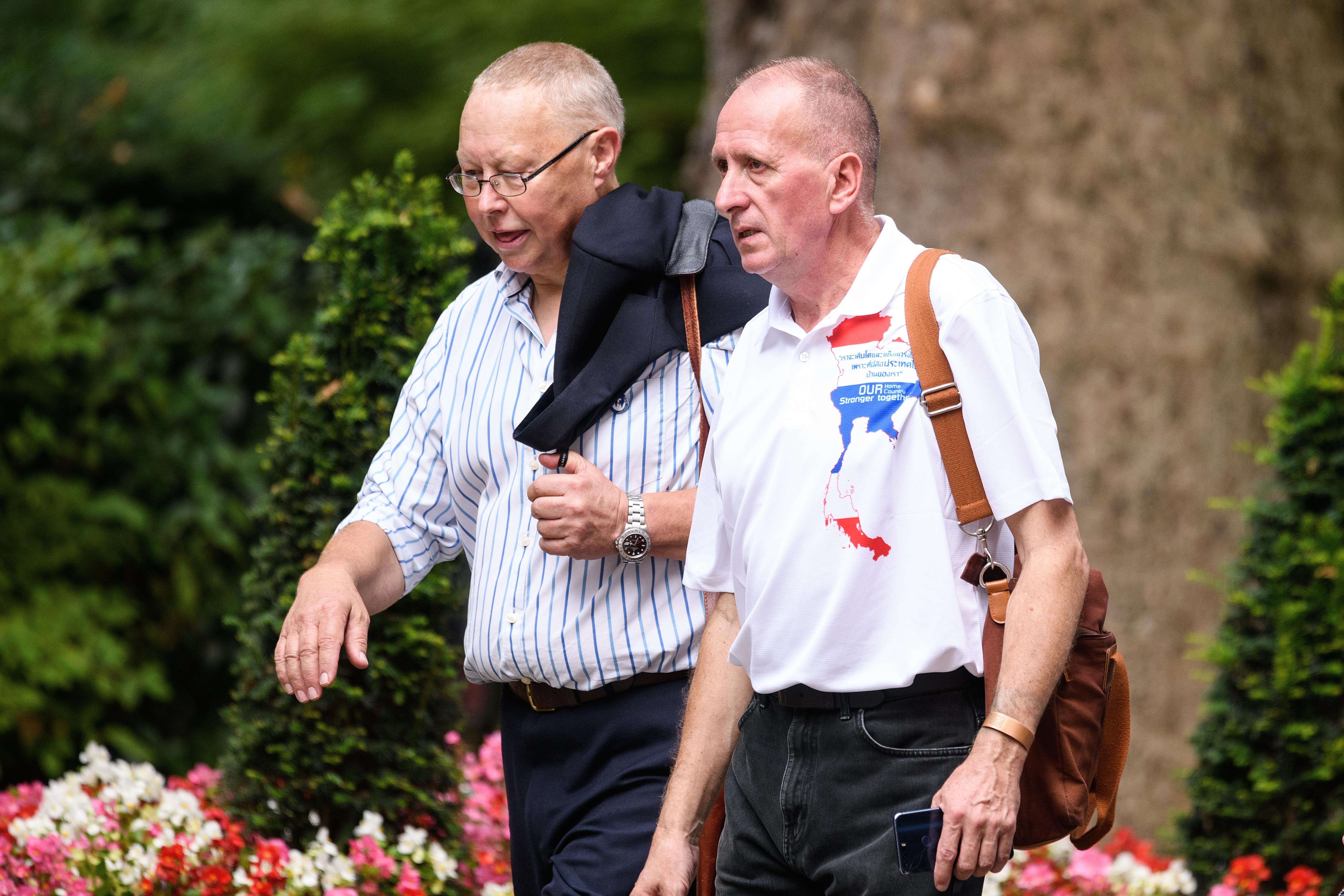 Speaking during the event, the PM said: "This was an amazing rescue mission.

"On hearing about the boys who were trapped most people would have just stood by but you chose to go out there and do something about it.

"The eyes of the world were on you and I think I can speak for everyone when I say a huge thank you. John, you have said that you’re not heroes – well to most of us, you are.

"Sadly we know that a Thai diver, Saman Kunan, died during this mission. He lost his life saving the lives of others – a danger you also faced.

"The Thai PM has written to me to say thank you for the fantastic job you did and I know that everyone in this country would agree. We are all very proud of you.” 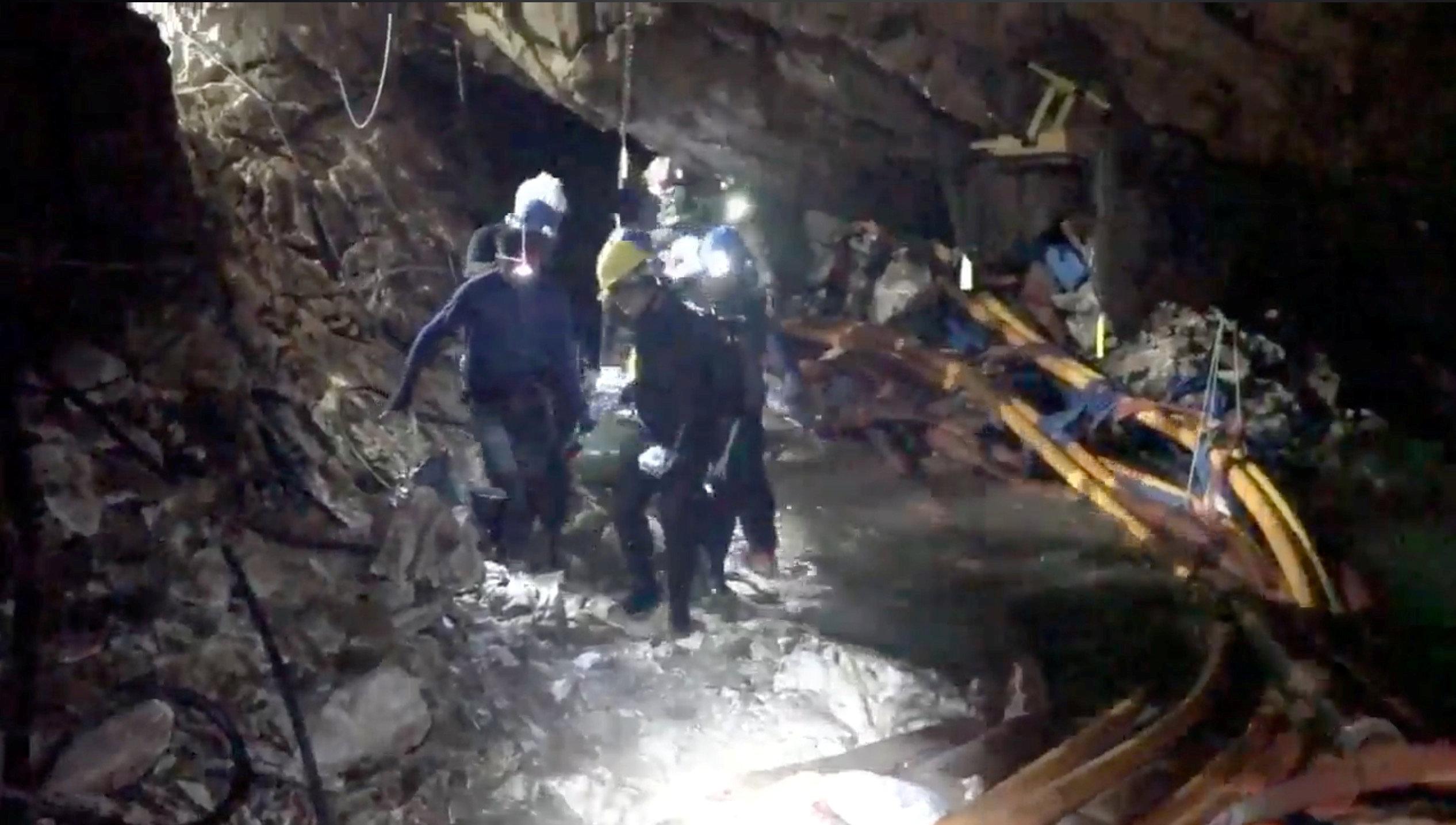 Mr Volanthen said: “It was an honour to join the incredible effort to rescue of these boys and their coach, and I would like to personally add particular reference to the skill and dedication of the many military groups and civilians we worked alongside, especially the Thai Navy Seals.

“I would also like to extend my thoughts to the family of Saman Kunan.”

The group joined the rescue efforts after being called in by Thailand's Navy Seals.

They were forced to find their way through flooded caves to find the patch of dry land where the 12 boys were huddling.

The dangers of the expedition were highlighted when diver Saman Kunan died during the rescue attempt.

But miraculously, the British-led team managed to get every one of the kids and their coach out of the complex, and they're all on track to make a full recovery.

From Diddy to Ben Affleck: Jennifer Lopez Relationships You Probably Forgot About