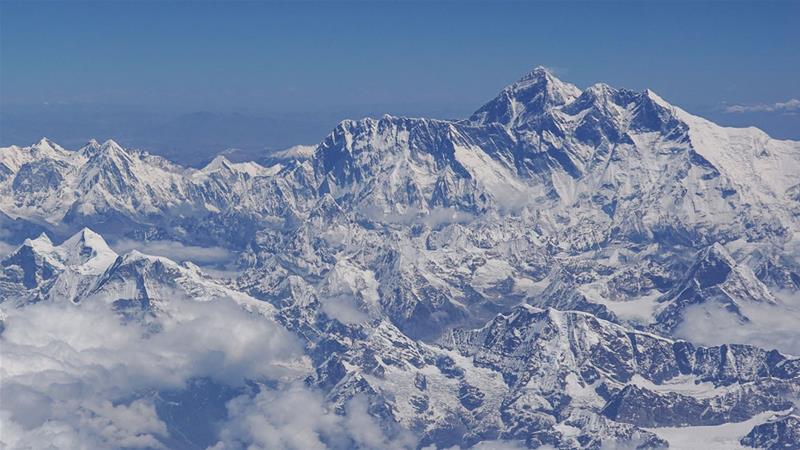 Three Indian climbers have died on Nepal’s Mount Everest this week, bringing the death toll in this season on the world’s highest peak to six.

Nihal Bagwan, an Indian climber who was part of a two-member expedition, died at camp four after descending from the summit late on Thursday, an expedition organiser, Babu Sherpa, said on Friday.

“He reached the summit at 8am [02:15 GMT], but lost his energy while descending. So four Sherpa guides brought him back to the lower camp, where he died inside the tent,” Babu told DPA news agency.

Kalpana Das, a 53-year-old woman from India, who was part of a three-nation women expedition, also died on Thursday, said Meera Acharya, an official at the department of tourism.

Anjali Kulkarni, 53, who was returning from the summit of Everest with her husband Sharad Kulkarni, died during her descent on Wednesday, according to Acharya.

A US climber and an Indian climber also died on their descent from Everest this month. An Irish climber who went missing is presumed dead on the mountain.

Babu, the managing director of Peak Promotion, said overcrowding had congested the route from camp 4 to the top.

“There were only short weather windows and everyone was trying to climb at once,” he said.

Hundreds of climbers attempt to climb Mount Everest and other Himalayan peaks during the spring climbing season. The mountains claim lives of several climbers every year.

Meanwhile, a Nepalese Sherpa climber, Kami Rita, scaled the Mount Everest for a 24th time on Tuesday, the second such feat in just a week after breaking his own record for the most successful ascents of the world’s highest peak.

The route was pioneered by New Zealander Sir Edmund Hillary and Sherpa Tenzing Norgay in 1953 and remains the most popular snow trail leading to the highest point on the Earth.

Nearly 5,000 climbers have scaled the peak since the pioneering ascent, many multiple times.

Get Your First Look at NBC's New Music Competition Series

Meghan Markle is 'not a person you can be friends with', says TV pal