Three former members of a fraternity on the Washington State University campus were sentenced last week to eight months of supervised probation for the death of a 19-year-old freshman who died after drinking a large amount of liquor.

The three defendants were each ordered to pay $1,000 in fines, with $500 suspended, according to court documents. In total, 15 people were charged in the case. Other defendants have been granted continuances until March 2022. 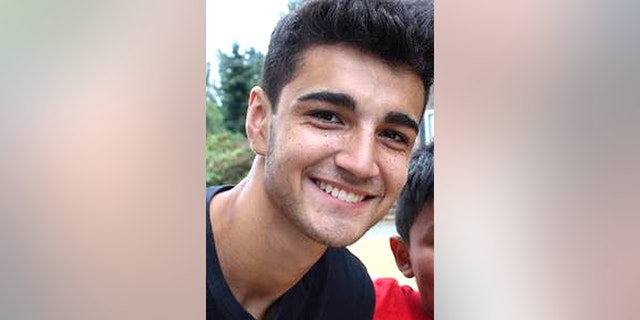 In a Facebook post, Martinez’s mother, Jolayne Houtz, said she read a statement in court during the sentencing.

“On Nov. 12, 2019, Bellevue Police knocked on our front door and spoke the words that are every parent’s worst nightmare: Your beloved son is dead. We sank to our knees on the floor, and we wailed and screamed so long we grew hoarse. We could barely breathe from the pain of it,” the statement said.

“You called yourselves his brothers. You said you would have his back. Instead, you turned your backs on him when he needed you most. If just one of you had made the call that night for help, Sam would be with us today,” Houtz continued. “We believe some of you may know much more than you have shared with investigators about what happened that night. Some of you may even still be covering up in the name of your so-called brotherhood.”

Houtz and Hector Martinez, Sam’s father, have filed a wrongful death lawsuit against the university and the fraternity, which was suspended on the WSU campus until 2026.

Martinez lost consciousness within a few hours of drinking a half-gallon of rum on Nov.11, 2019 but emergency medical personnel were not contacted until the next morning “when it was far too late to save his life,” the lawsuit states.

The suit accused the fraternity of conducting hazing rituals, including forcing pledges to eat raw onions. Another activity called the “Blackout Date Dash” included allegedly handcuffing pledges from the fraternity and a sorority and locking them in a room.

The keys to the cuffs were at the bottom of a fifth of alcohol and the pair could only be freed once they consumed the bottle, the suit says.

'Poldark' by the Numbers: An Amusing Flashback of Seasons 1 to 4

Game of Thrones Series Finale Trailer: Get Your First Peek at the Bitter End