Paris: The Cannes Film Festival, held every May on France's storied Cote d'Azur, has known its share of scandals over the years. But nothing quite compares with 2018, with the #MeToo movement – which took off last year in response to unsavory revelations about a Hollywood titan – taking la Croisette by storm.

Perhaps predictably, most of the media attention has focused on the protest involving 82 actresses led by Australian-born Oscar winner Cate Blanchett, who railed against the underrepresentation of women in the world of cinema. "Women are not a minority in the world, yet the current state of our industry says otherwise," Blanchett said earlier this week.

But Cannes is not merely a European outpost of the global film festival circuit and a seaside gathering of international film stars.

It is also deeply rooted in the domestic politics of France, a society at once among the most ethnically diverse in Western Europe but bitterly divided on the question of identity politics. To that end, 16 French actresses of colour decided that this year's festival warranted a different kind of protest than #MeToo. 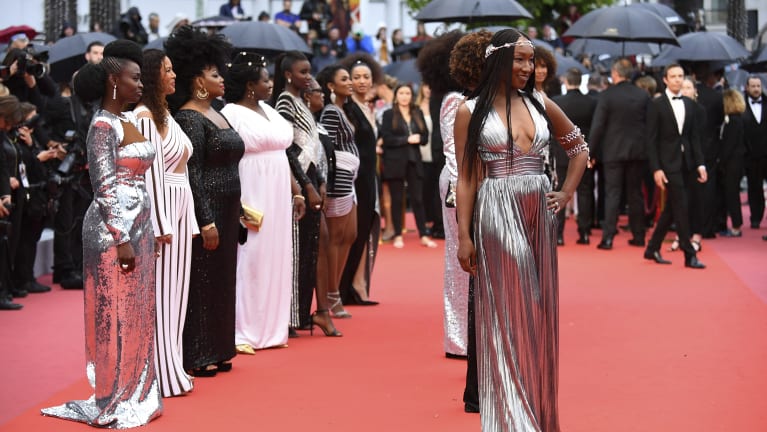 Authors of the book ‘Black is not my job’ pose for photographers upon arrival at the Cannes Film Festival red carpet.

This was Noire n'est pas mon metier, which translates as "Black is not my job," a rallying cry for better racial inclusivity in cinema. A few days after Blanchett and the others made their statement, these 16 actresses took to the red carpet in their own attempt to challenge the dominant narrative.

Led by Aissa Maiga, a popular Senegalese-born French actress who has appeared in dozens of films since the late 1990s, the group released a short book this month, before the festival started, in which they criticised the general dearth of black voices in French popular culture and spoke of their own experiences of being confined to trivial and stereotypical roles. 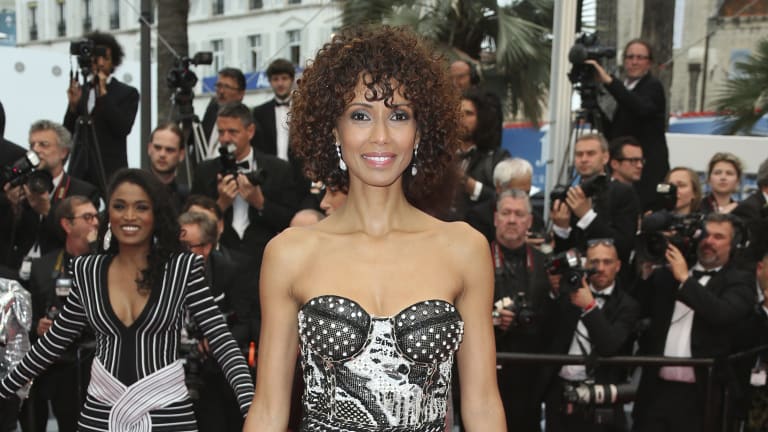 "And yet, there remains a resounding void in terms of representing France's social, demographic and ethnic reality. How do the directors, men and women see this void? Do they realise it?"

In a telephone interview from Cannes, Maiga reiterated that she sees a fundamental disparity between the way France actually is and the way it appears on-screen, where it looks like the exclusive province of white, bourgeois elites.

"French society is hybrid," she said. "France is a small geographic territory where there is the entire world. There are so many languages, religions and identities in such a small territory, and this is the glory of France."

"French popular culture is directly linked to a long tradition that dates from colonial invasions. The deconstruction of foreigners in certain roles was never done. They are still there, but no one really knows why." 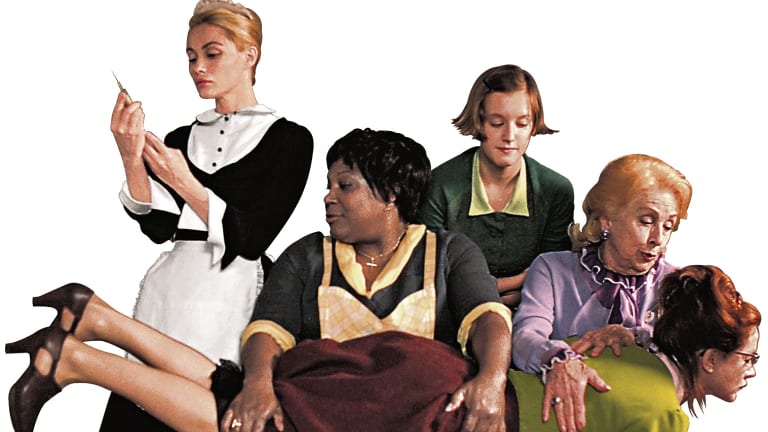 Firmine Richard, centre as a maid, with some of the cast of 8 Femmes.

For black women, she said, film roles often include what she called "the figure of 'maman'", almost a fetishsation of maternity. There is also "the role of the prostitute, and the role of the subaltern, from a social point of view."

Despite its immense diversity, France has a complicated relationship with the concept of "race". In the eyes of the government, race – as an identifying category – does not exist, and the state refuses to collect any kind of official statistics on race, religion or ethnicity.

The reason is largely ideological. It stems from a commitment never to repeat the betrayals of World War II, when French authorities officially discriminated against Jewish citizens, many of whom were subsequently deported and murdered in Nazi concentration camps.

But critics today say that purging "race" as an official category has not succeeded in purging racism as a social phenomenon or lived experience. For many people of colour in France, the state's refusal to address the issue is tantamount to an implicit acceptance of discrimination.

For Rokhaya Diallo, a French feminist who has long advocated for more nuanced representations of black people in popular culture, the campaign by these 16 actresses represents an important step in raising public awareness.

"When someone says that alone, the person gets labelled paranoid," Diallo said, referring to the central message of the book. "But having that going in a book from people who don't necessarily have the same origins, it's really strong."

Diallo is well aware of the consequences of acting alone. Earlier this year, she was kicked off a government panel after she spoke out about what she called "state racism", referring to the existence of structural factors that often disproportionately and adversely affect people of colour.

"It's important because it's the first time you have black actresses coming together from ages 22 to 70, with careers that have started at different times, and you have the same patterns that are being repeated over and over," Diallo said.

The actresses behind Noire n'est pas mon metier believe the climate is ripe for a public conversation about race and its representations in the public space.

"We can't wait for another generation," Maiga said.

EU pressures Britain amid signs of progress in Brexit talks

Why Did Southern Charm's Thomas Ravenel Get Zero Jail Time After Pleading Guilty to Assault? An Expert Weighs in

'F*** you Book Week': Infuriated mum-of-six blasts smug parents who use the event to 'live through their kids'