A TOP GOP aide posted a picture showing eight election ballots mailed to the same home and "zero ballots were for the current resident."

Nathan Brand posted a photo of the ballots to Twitter in response to a tweet from a journalist showing a similar situation in his home. 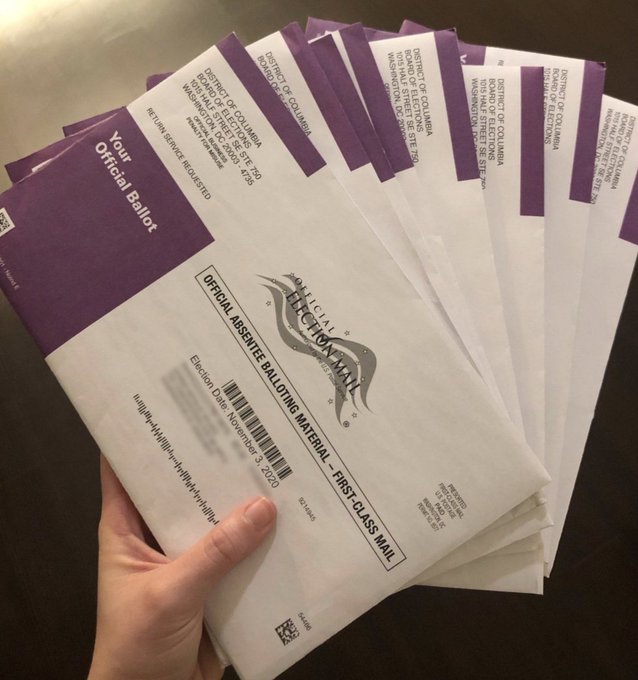 Brand tweeted the caption: "A Washington, DC friend had EIGHT ballots sent to her apartment. ZERO ballots were for the current resident."

The comments come after an FBI probe has been launched after mail-in ballots cast for Donald Trump were allegedly trashed by a temporary worker.

The incident in the swing-state Pennsylvania has added fuel to Trump's efforts to cast doubt on the legitimacy of the upcoming election which he said was susceptible to fraud.

The FBI was contacted on Monday amid concerns about "potential issues with a small number of mail-in ballots at the Luzerne County Board of Elections".

Of the nine ballots found in the dumpster next to the elections building seven were cast for Trump.

"The temporary independent contractor was removed from service and informed not to return."

The discovery has added to doubts about the legitimacy of the upcoming election because of an increase in mail voting because of Covid-19.

Following the news, Trump tweeted: "Cheating on Unsolicited Ballots by political hacks, or anyone else, is against the law. We are closely watching!"

He has often asserted that widespread mail-in voting, encouraged by Democrats because of Covid-19 risks, will lead to fraud.

My man got a personalised number plate for my car, people think it says something VERY different but he can’t see it

Rowan Atkinson’s girlfriend used to date James Acaster as he quips: I got left for Mr Bean

Researchers discover that cells follow one of two paths to aging