A Tory MP has gone to extraordinary lengths to defend the reputation of his newly-won constituency as he took on a pro wrestler who criticised Peterborough.

Paul Bristow, 40, won the seat for the Conservatives at the 2019 general election and he took great exception to wrestler Joey Scott’s trash talk about the area.

As a result he stepped into the ring last Friday to take on the ‘loud-mouthed bully’ – but was swiftly beaten down and forced out of the squared circle.

However, he got his revenge as he returned to the ring later in the evening to interfere in Scott’s match.

Scott tried to hit Mr Bristow with a steel chair but the MP ducked and then helped the wrestler’s rival secure a pin fall victory as he administered the successful three count.

Mr Bristow today suggested he may not be done with his potential wrestling career as he said he was now under pressure to challenge Boris Johnson to a fight for charity. 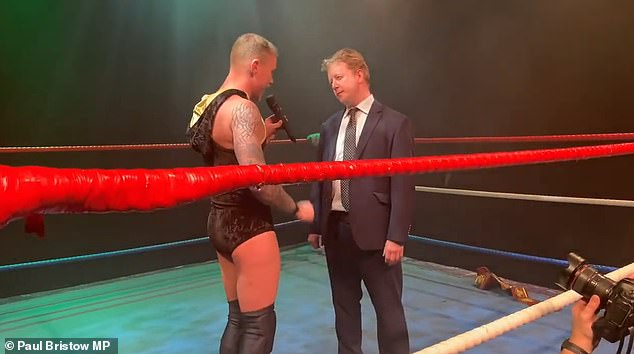 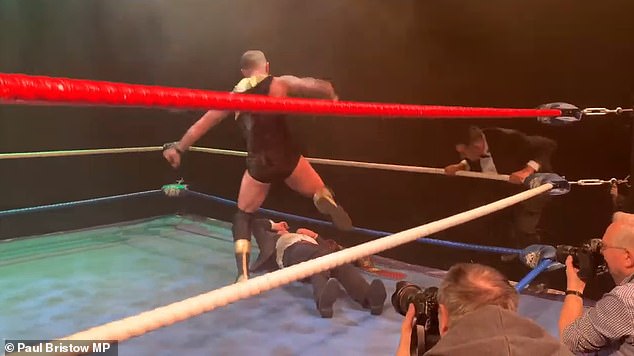 Mr Bristow responded to criticism from Scott ahead of their confrontation by saying:  ‘He is talking me down, he is talking down my city. My mother always taught me to stand up to bullies.

‘That’s the way I was brought up and that is what I am going to do tonight.’

Scott then told the MP on the night as they both stood in the ring that he had ‘had just about enough of politicians’ as he proceeded to attack the Conservative backbencher.

Mr Bristow told Sky News today that ‘loud-mouthed bully’ Scott was trying to ‘make a name for himself by calling me out on Twitter and criticising my city’.

‘I wasn’t going to have that so I called him out and met him in the wrestling ring,’ he added.

Mr Bristow said Peterborough was ‘interesting way before Joey Scott showed up and I made that clear’.

The MP said he feared he would be booed when he went to the ring but the crowd supported him.

He said: ‘It was quite funny to begin with. The promoter said to me “you should go out and talk a little bit about Peterborough and be perhaps a goodie”.

‘I said “I am a Conservative MP, they are going to boo me”. They did for a little bit but I won them around talking about my city. 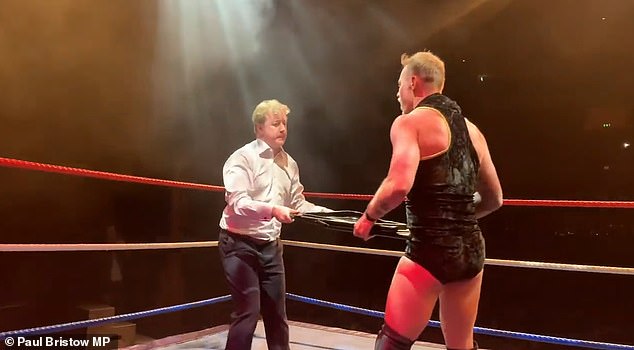 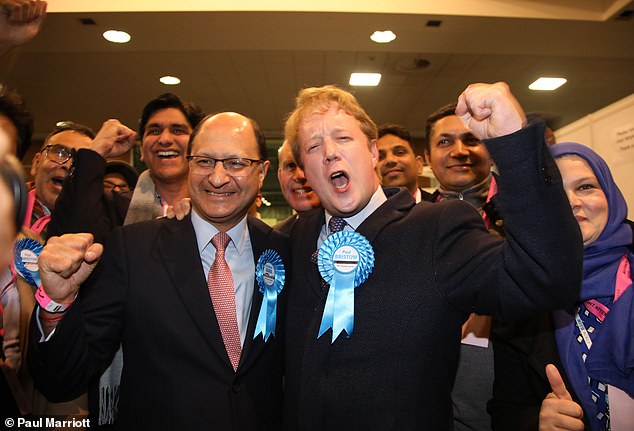 ‘And when Joey Scott came out and started talking down Peterborough and I stuck up for them, they were firmly on my side.’

Mr Bristow is now being urged to challenge the Prime Minister to a wrestling match with all the proceeds going to charity.

The Tory MP said people wanted it to be a ‘hair versus hair’ match which would see the loser forced to shave their head.

‘Some people have suggested to me my next move could be a hair versus hair match with Boris Johnson for charity but he is bigger than me,’ he said.

‘I wouldn’t fancy my chances on that one.’

See How the Cast of MTV's 'Siesta Key' Does Swim Style