Mass protests have erupted after the white snow turned an acidic shade of green following a chemical spill from a chrome factory. 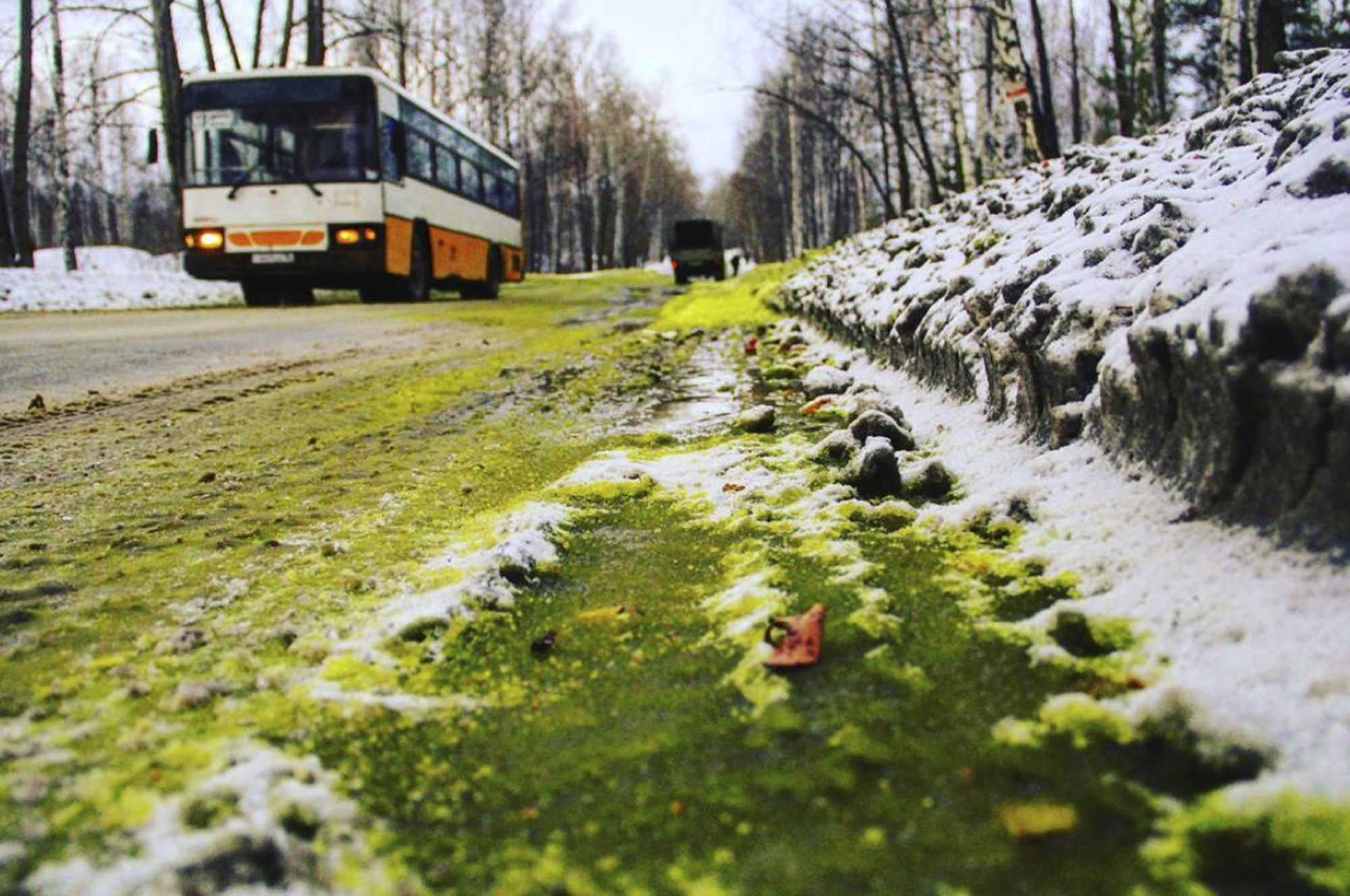 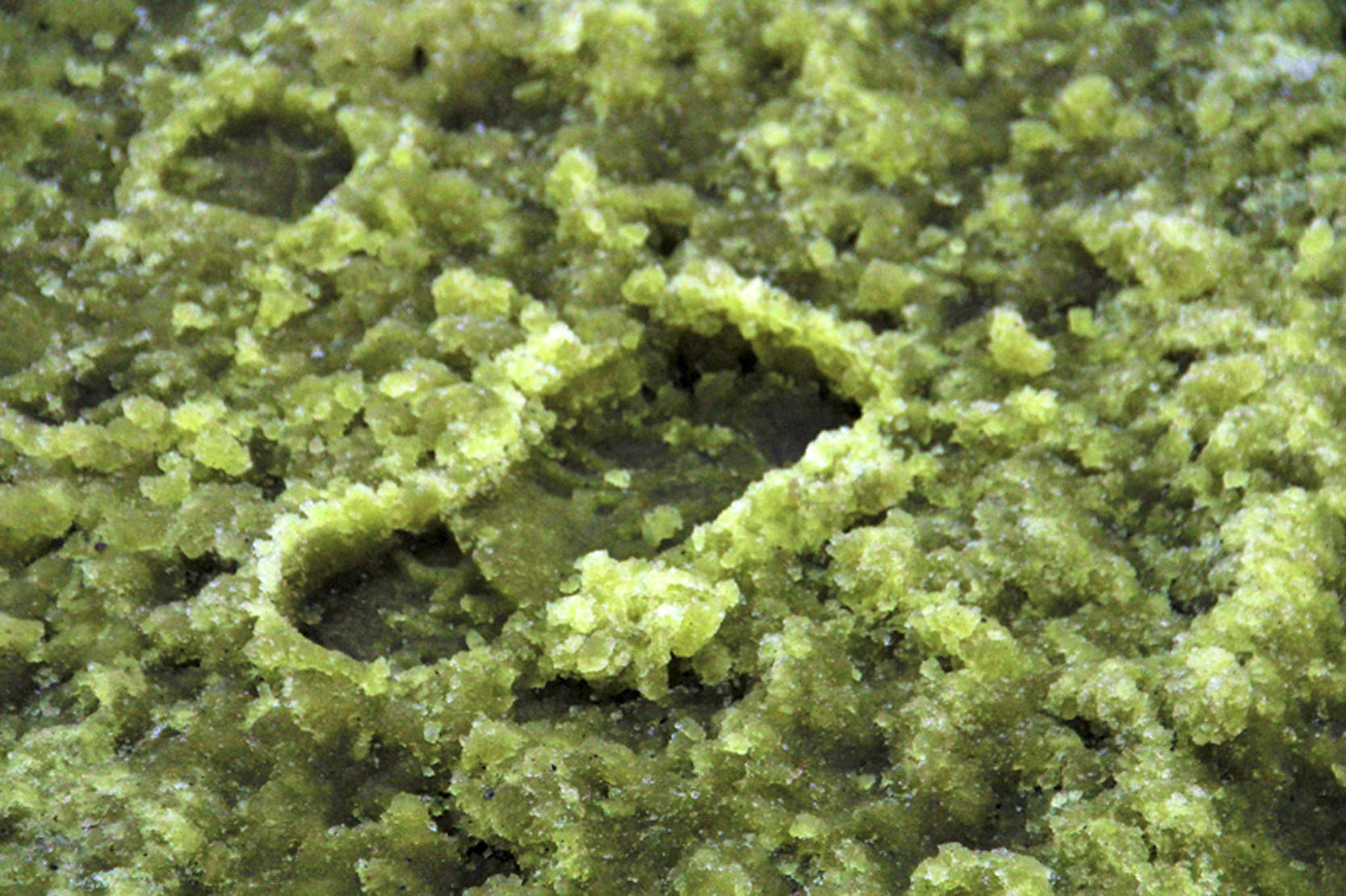 Shocking photos of the “poisonous” sludge are understood to have shaken Vladimir Putin's popularity.

In a video posted online, one mum had to stop her toddler, Arisha, from playing in the toxic snow.

“Oh, a snowdrift,” the little girl could be heard saying.

The mother replied: “It’s not a snowdrift – it’s poisonous snow.

“The same colour as your ski suit trousers.”

Earlier this week, snows in Kemerovo turned an eerie black when pollution from coal plants made the streets dark and grimy.

And locals in Sibay have been forced to wear masks after thick smog from copper factory emissions settled over the town for months.

This has prompted a series of mass protests across more than a dozen Russian cities against polluting companies – resulting in a dent to Putin’s support.

The Kremlin has said it is now looking into reports of alarmingly high pollution levels in Sibay after an outburst of noxious gases from the abandoned copper mine.

Carbon dioxide levels in Sibay, east of Moscow, skyrocketed earlier this month and peaked over the weekend when they were recorded as 12 times higher than the maximum allowed.

Local officials said at the time it would take a couple of months to deal with the oxidation of the copper ore which caused the pollution.

The first major protests took place just outside Moscow last year when several kids were hospitalised with poisoning linked to a local landfill.
But the protests have been met with tough action from authorities who are believed to be trying to silence the critics.

Last month a taxi driver and activist Vyacheslav Yegorov was detained for holding unsanctioned protests about rubbish from Moscow being dumped near his provincial town.

Reports have said that Putin’s approval rating has fallen in polls to 64 percent – down by 12 percent in a year.

Last week he hit out at “shady firms” which he accused of “dumping rubbish wherever and however they can”. 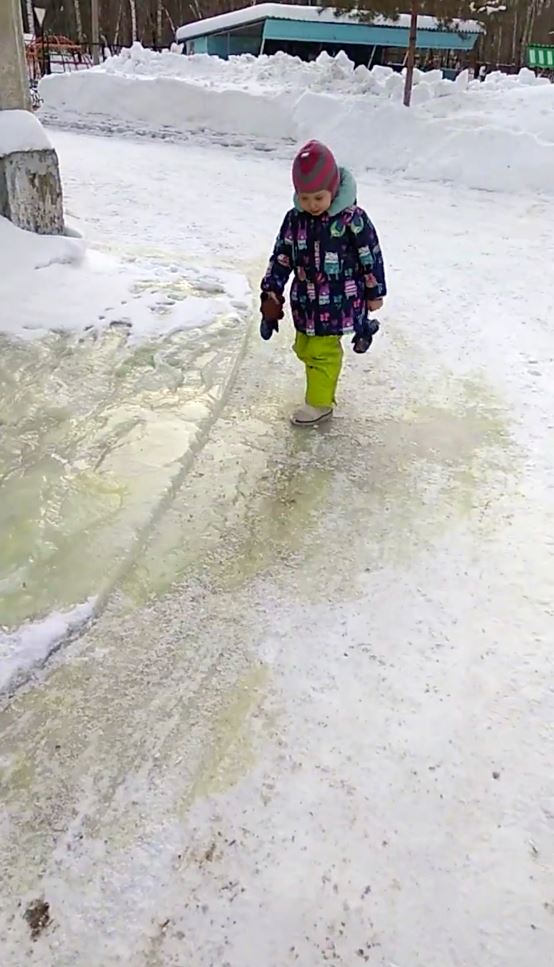 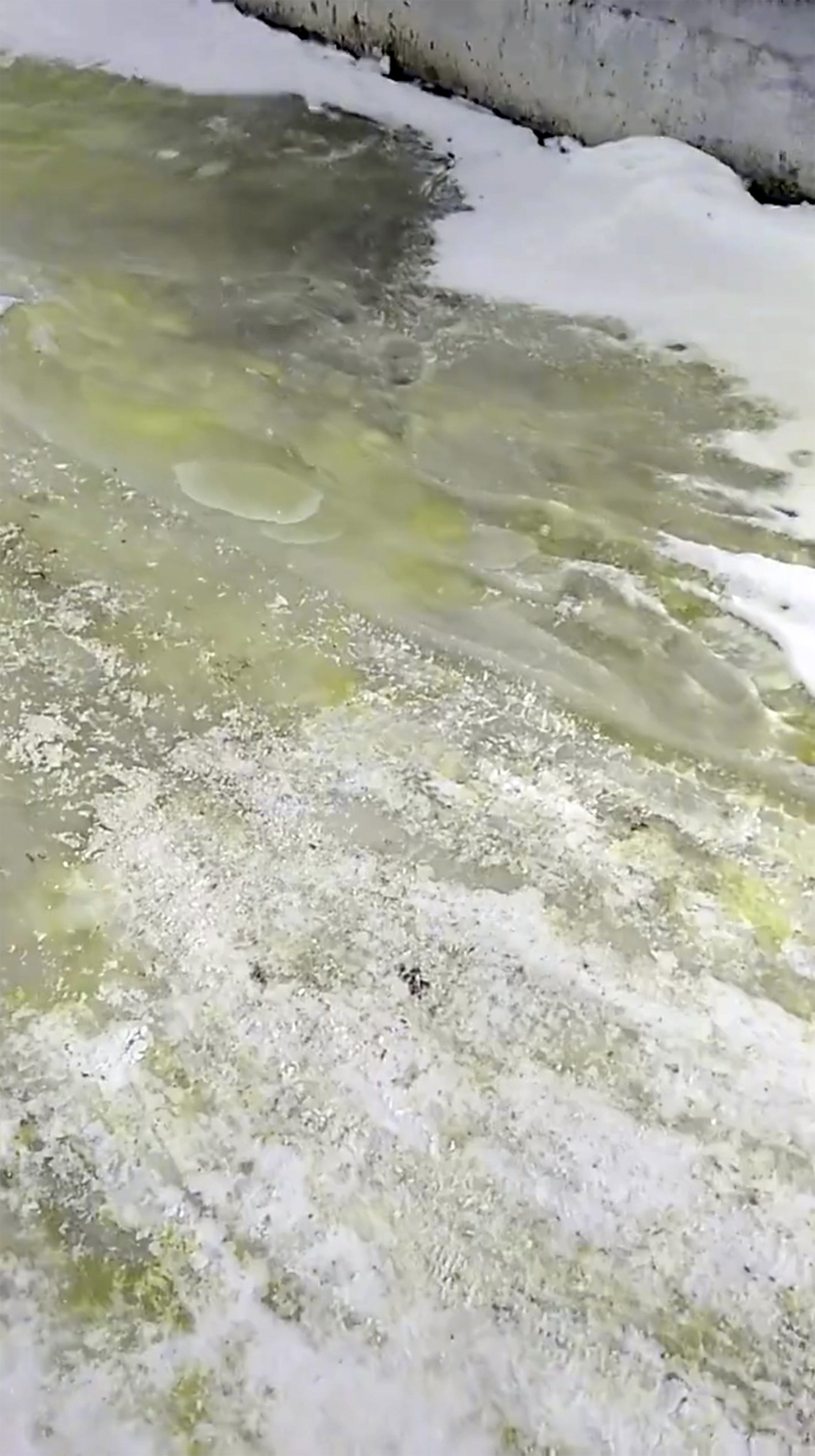 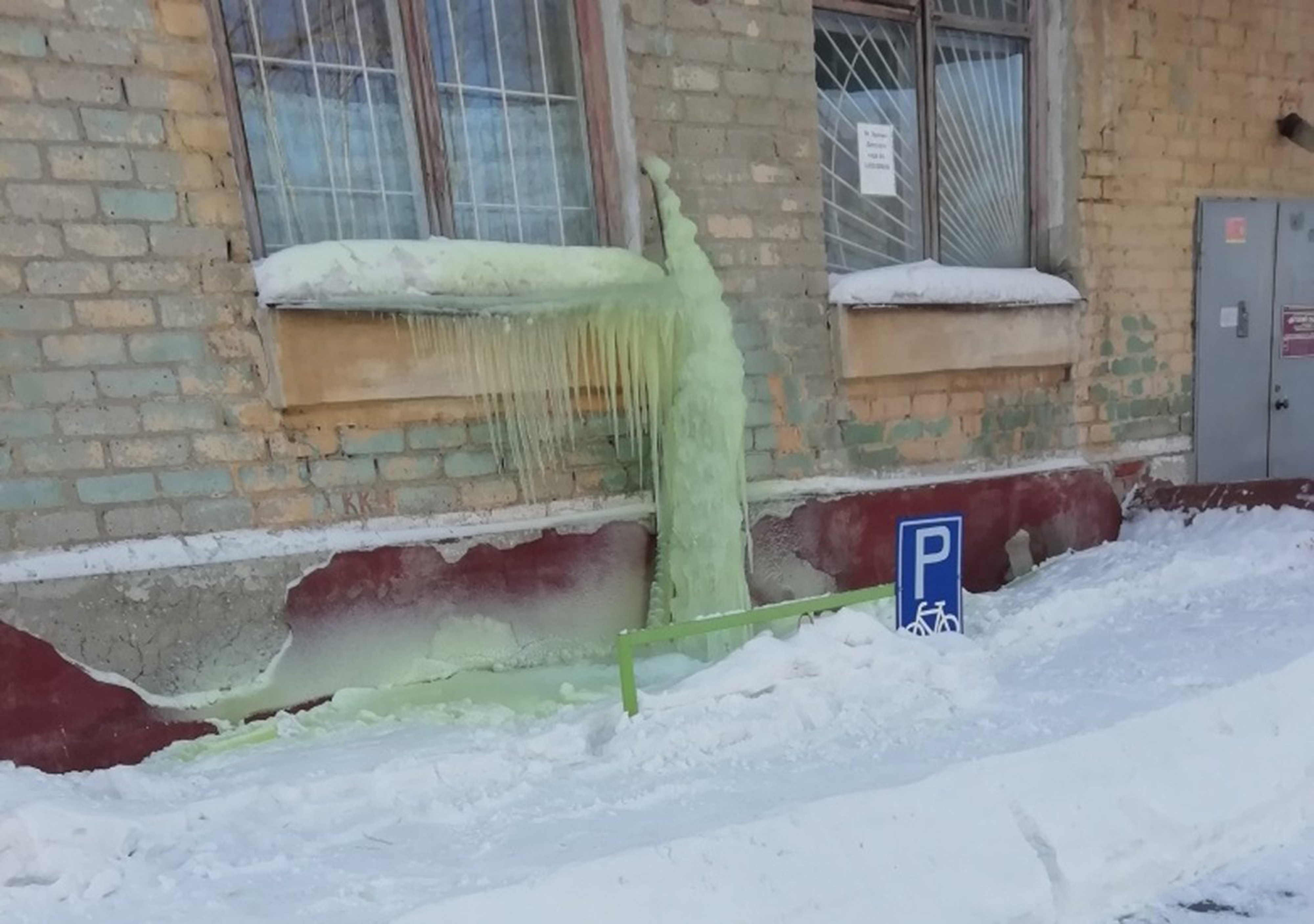 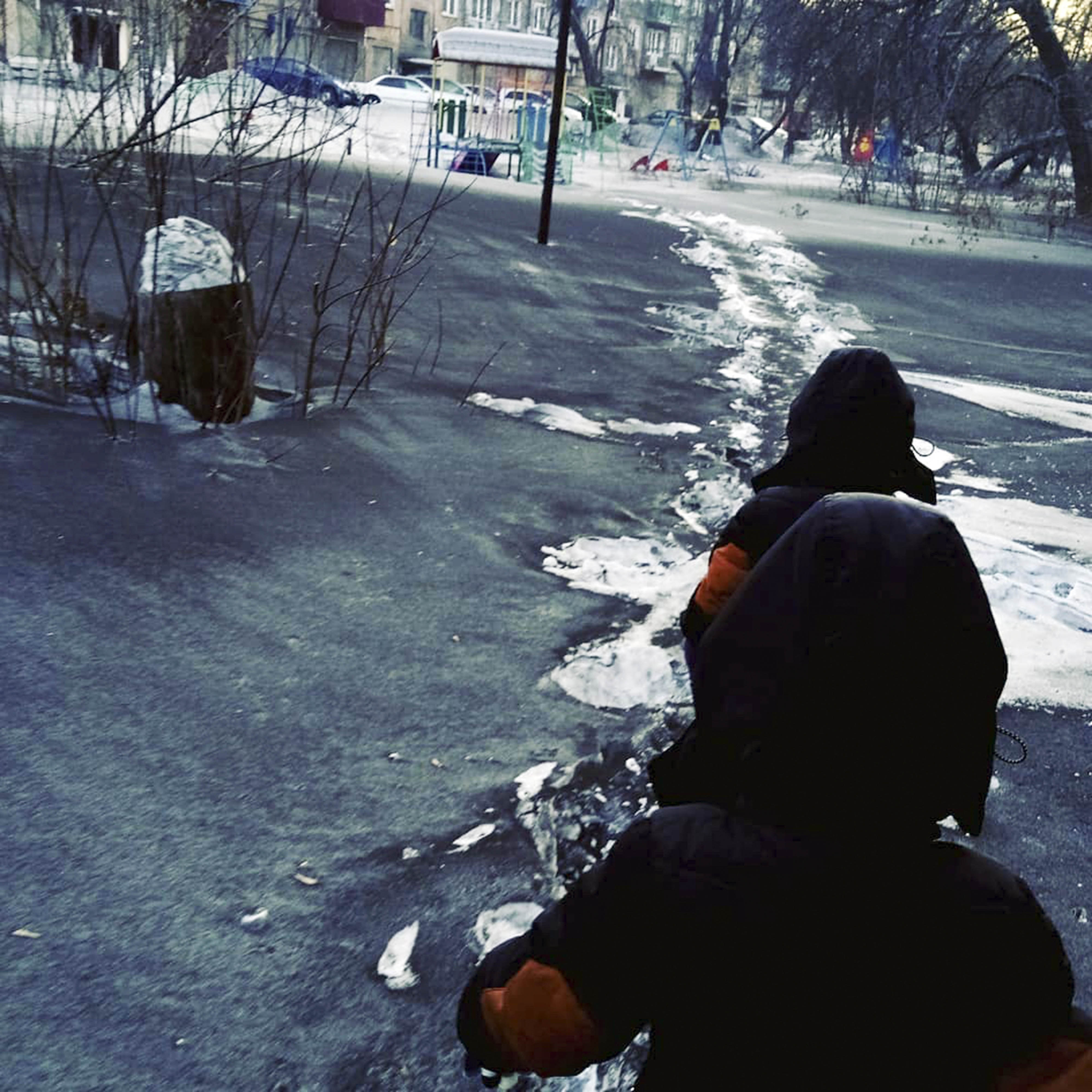 Two men, aged 49 and 51, arrested after dad was shot dead waiting to pick up his son, 13, from Belfast school

Squashed or cheating? Inside our fascination with ‘Couch Guy’

Smokey the Bear celebrates 75 years of fighting fire — with fashion