Children’s Christmas presents WON’T arrive in time for the big day if shops have to stay in Covid lockdown after December 2, toy chief warns

Children’s Christmas presents will not arrive in time for the big day if shops have to stay shut in the Covid-19 lockdown after December 2, a toy chief has warned.

Gary Grant, head of The Entertainer, said there ‘is not enough delivery capacity’ if the current four-week lockdown in England is extended next month.

It came as the retail boss vented his anger at shopping centre giant Westfield, accusing it of ‘playing hardball’ after it threatened legal action over outstanding rent at the start of England’s second lockdown.

Mr Grant said The Entertainer had seen one of its strongest ever Octobers last month as consumers moved their shopping forward due to the pandemic. 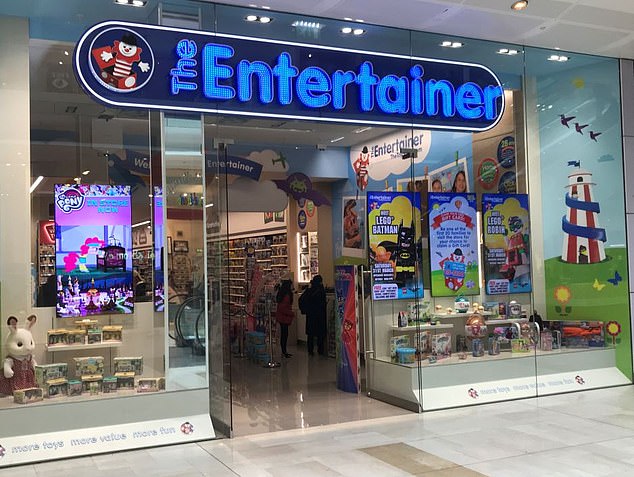 Children’s Christmas presents will not arrive in time for Christmas if shops have to stay shut after December 2, the chief of The Entertainer (store pictured) has warned

He said the company was prepared for the second lockdown, with click and collect services in place at stores and an investment into expanding its online capacity.

But he stressed that it would still be vital that some stores open next month to ensure that retailers such as his can meet the spike in demand they typically see before Christmas.

‘Last year, we were delivering at 100 per cent capacity in the run up to Christmas so it’s hard to even contemplate what will happen if stores stay shut,’ he said.

‘In that case, we won’t be able to deliver all presents in time because there just aren’t enough white vans for all retailers to deliver these goods to homes.’

The British Retail Consortium (BRC) is among groups calling on people to start their Christmas shopping early amid concerns that closures this month could lead to a challenging December. 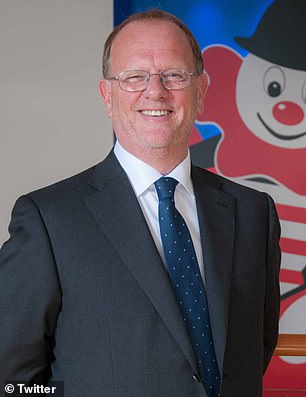 The chain was among non-essential retailers to close their doors from March until June as a result of the first lockdown period.

In light of the pandemic, the Government introduced a moratorium on lease forfeiture and called for landlords to enter discussions with tenants to reach agreements to support them both through the pandemic.

Mr Grant said most of the company’s landlords had been ‘reasonable’ in recent months, but said he was ‘appalled’ when he received a ‘final letter before court proceedings’ from Westfield threatening legal action on Wednesday.

He said: ‘We have had constructive conversations with most of our landlords and I spoke with Westfield last week and they didn’t mention this at all.

‘We are aware that it is a difficult time for landlords but the Government said it was therefore important that both parties discuss these issues to find an appropriate compromise. This hasn’t happened here.’

The company had paid 40 per cent of its annual rent on its properties in Westfield shopping centres, including the duration of the period when its stores were closed.

‘It frustrated me as well because these have been our two poorest performing stores since reopening, down 50 per cent and 45 per cent, as people aren’t getting public transport into London.’

Ferrari plans to unveil 15 new models, including SUV, by 2022

Distressed Kayaker on Lake George Saved by Priests on Floating Tiki Bar: 'He Was in Trouble'

Schools right to clamp down on uniform policy, Education Secretary…