Transgender sex offender, 30, who preyed on boys and girls as both a man and a woman is jailed for 10 months after breaking sexual harm prevention order 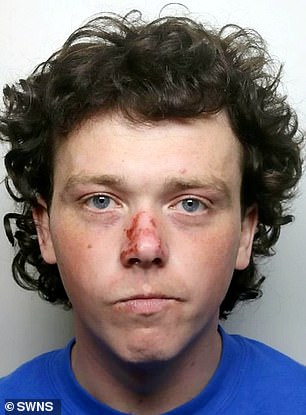 Chloe Walker, 30, who also uses the name Brandon Walker, has racked up 49 offences including a string of sexual crimes against boys and girls

A transgender sex fiend has been jailed after appearing in court both as a man and a woman to answer different offences.

Chloe Walker, 30, who also uses the name Brandon Walker, has racked up 49 offences including a string of sexual crimes against boys and girls.

A court heard Walker – who has been waiting for gender reassignment for three years – used fake aliases on Facebook to prey on victims.

Despite being slapped with sexual harm prevention orders, Walker repeatedly breached them.

On Friday Walker was jailed for ten months after appearing at Northampton Crown Court using both male and female names.

Appearing as Brandon, she admitted two breaches of a sexual harm prevention order and one of failing to tell police his new phone number.

There were also two guilty pleas under the name of Chloe for failing to comply with the requirements the sex offenders’ register.

Judge Rebecca Crane said: ‘There have been problems with you making malicious allegations against probation staff and poor compliance.

‘It was traumatic for you because you have been waiting a very long time for an appointment at the gender reassignment clinic.’

The court heard that four months after being released from prison for an earlier breach, Walker had refused to stay in contact with a supervising police officer.

Walker blocked the officer’s phone number and said she was changing his name back to Brandon.

Days later the officer called at Walker’s home in Wellingborough, Northants., where they discovered it had been abandoned and left ‘in squalor’. 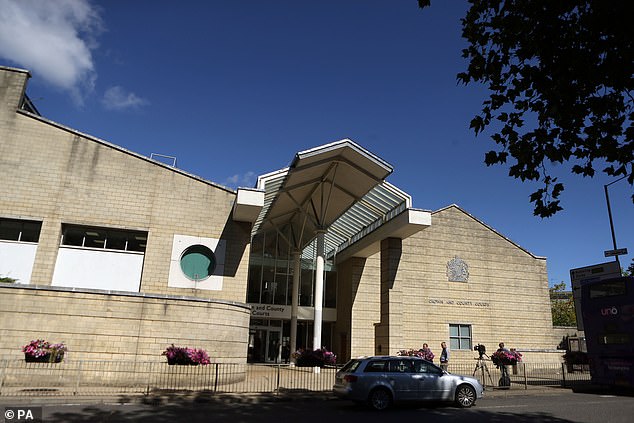 Walker and a younger girlfriend had run off to a Derbyshire village using the names Ian and Kirsty where they were taken in by kind locals.

Northamptonshire Police were alerted and Walker was arrested for breaching a sexual harm prevention order and requirements of the sex offenders’ register.

The court heard that since 2006, Walker had racked up 22 previous convictions including sexually assaulting a boy under 13, sexual activity with a girl under 16, robbery and assault.

Lauren Butts, prosecuting, said: ‘These are orders that have been continually breached.’

When Walker was arrested in December last year police found his mobile phone that had searches for Grindr and Wikimedia.

Previous court hearings had been told how Walker had also offended in the names of Jamie Brandon Walker, Steven Walker, James Walker and Jamie Thornton.

The court heard a gender reassignment clinic appointment in May that Walker had been waiting three years for had been delayed by Covid-19.

Chantelle Stocks, defending, said Walker does ‘not react well to change’. ‘Lockdown has been particularly difficult’.

She said: ‘In her words, ‘when I struggle I disappear’.

‘Miss Walker has been waiting a very significant amount of time for a very important engagement in Nottingham, the engagement she saw would finally progress her transition.

‘She found it demonstrably difficult to deal with the trauma which she viewed as a milestone in the progression to be the person who she not only wants to be but the person she needs to be.’

The court heard how Walker was now employed full-time in prison as a wing cleaner at HMP Peterborough and had become a diversity representative.

'Brooklyn Nine-Nine' Recap: The Adult in the Room