A transgender tank driver wept as she begged the South Korean army to overturn its decision to discharge her after surgery to become a woman.

Staff Sergeant Byun Hui-su fought back tears as she said being a soldier had been her ‘childhood dream’ and that she wanted to help guard the tense border with communist North Korea.

She said: ‘Regardless of my sexual identity, I’d like to show everyone that I can become one of the great soldiers who protect this country.

‘Please give me that chance.’ 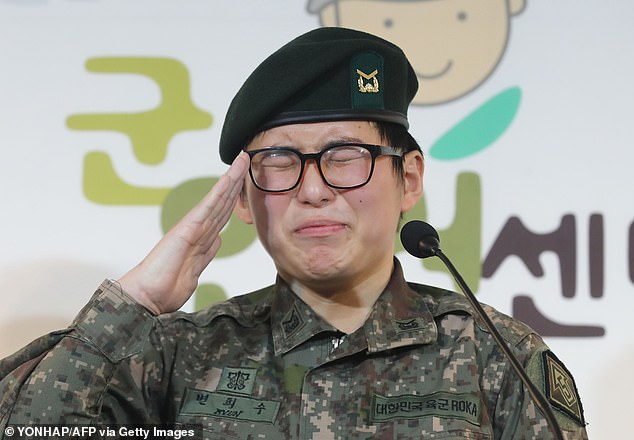 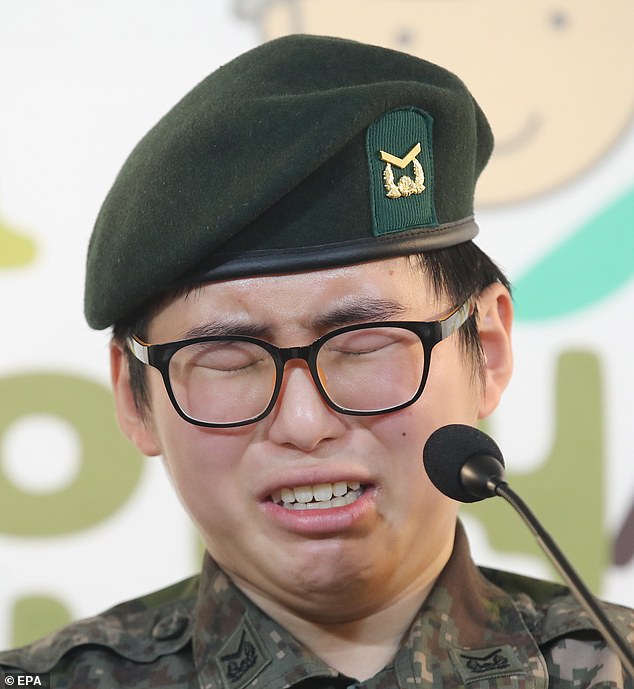 Ms Byun said she had sex reassignment surgery in Thailand in November after suffering depression and last year scored top marks in tank driving skills among her battalion staff sergeants.

Ms Byun, her country’s first known transgender soldier, was speaking at a press conference after South Korean military leaders announced on Tuesday their decision to discharge her.

A military panel concluded that Ms Byun should be discharged as she had a ‘physical or mental disability’. 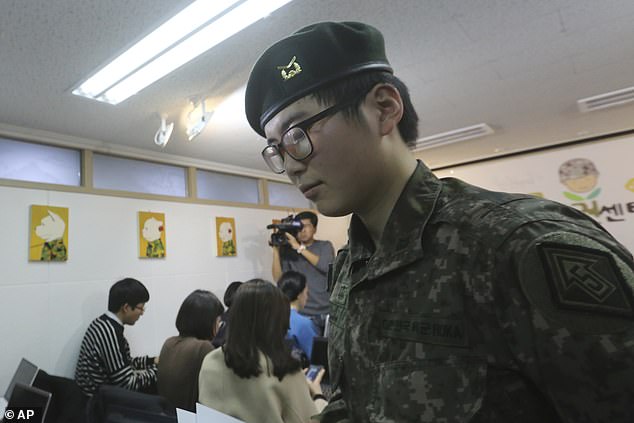 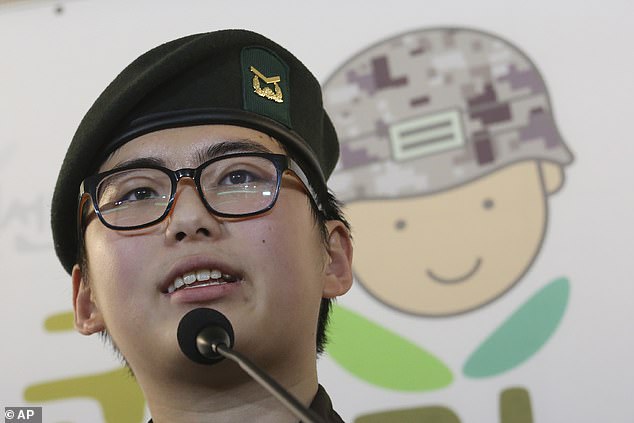 South Korea prohibits transgender people from joining the military but has no specific laws on what to do with those who have sex reassignment operations during their time in service.

The panel insisted it had been through due process and had based its decision on related military law on personnel changes.

Army officials cited a provision of the law allowing the military to discharge personnel with physical or mental disabilities if those problems weren’t a result of combat or in the line of duty.

South Korean human rights activist Lim Tae-hoon told the news conference that he would fight to transform what he called ‘our savage military’.

Mr Lim, the leader of the Seoul-based Centre for Military Human Rights, said: ‘I can’t resist feeling wretched at the military’s vulgar mindset as they determined that the lack of a male genital is a physical disability.’

The soldier has also won the backing of the country’s state-run watchdog, the National Human Rights Commission, which called on the army to postpone its decision.

It said in a statement that referring the soldier to the military panel would be an act of discrimination over sexual identity and affect the soldier’s basic human rights.

Several gay-themed movies and TV dramas have become hits and some transgender entertainers have risen to stardom.

Activists say transgender people are likely to face harassment, abuse and insults, and many suffer from depression.