TRAVIS Scott once bragged about 500 fans breaking through barricades at a previous gig as he faces questions over his raucous live shows after the deaths of eight people at his music festival Astroworld.

The Sicko Mode star is well know for intense performances which see the audience worked up into a frenzy – and Scott himself is often seen encouraging the chaos. 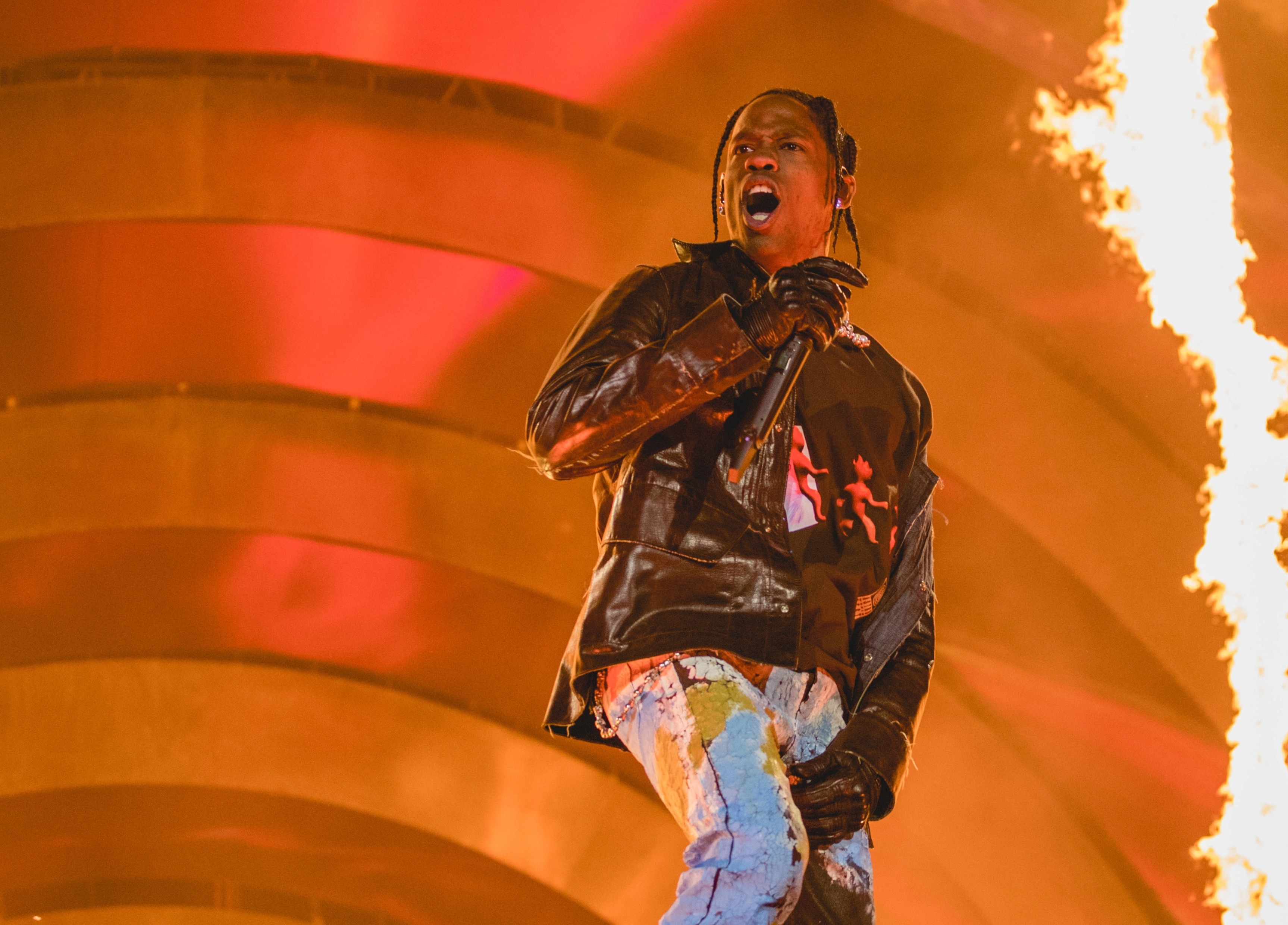 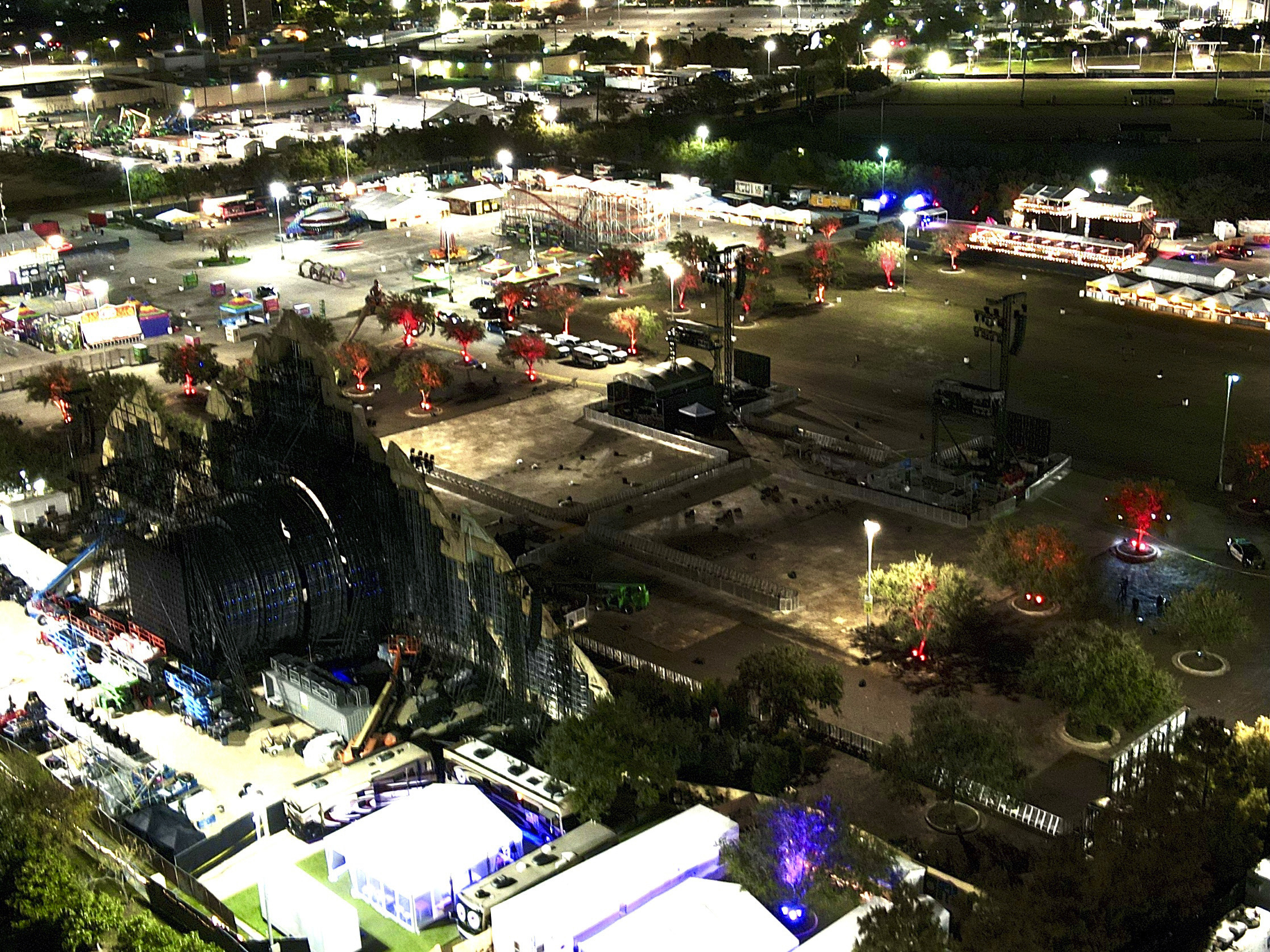 Videos from Scott's performances throughout his career often show disturbing moments – such as him encouraging fans to leap from balconies or turning on venue security guards.

And the rapper has been arrested twice for particularly violent concerts, including once for inciting a riot as he urged fans to rush the stage as the crowds broke through barricades.

Scott once bragged in an interview with Power 106 Los Angeles about one chaotic concert while being quizzed a separate incident where he got into a spat with a photographer on stage.

Deflecting from the incident with snapper Jameer Pond at Summer Jam in 2015, the rapper said there was "even more cooler s**t" that happened at the show.

"Before that, like over 500 kids broke a barricade just to rush over to the frontline, that should have been the crazy headline," Scott said.

He went on to defend throwing the cameraman off stage as the press should let the "artist do what they do" on stage – and said the radio station running the show should have asked him permission.

Scott uses the term "rage" to refer to the intense dancing and moshing at his concerts.

And in a GQ video, also from 2015, Scott says he doesn't want fans "standing around" and encourages fans to take "drugs, water, orange juice or alcohol" to get "lit".

He says at the end of the night fans should be "throwing up" after you came to one of his shows.

And the rapper says he wants his performances to be like the "WWF or some s**t", saying growing up he wanted to be a wrestler like the Hardy Boyz or X-Pac.

Videos online show Scott encouraging reckless behaviour at his concerts, including one particularly disturbing incident from a 2017 performance in New York.

Scott can be seen encouraging fans to jump from high balconies, saying "I see you, your gonna do it" and "don't be scared" as they hang from railings during his performance.

Other videos show other fans also leaping from the balconies, and one concert goer, Kyle Green, was paralysed at the show after he was pushed and filed a lawsuit against Scott.

Green's attorney Howard Hershenhorn told Rolling Stone that the 27-year-old is "devastated" by what happened at Astroworld.

"He’s even more incensed by the fact that it could have been avoided had Travis learned his lesson in the past", he added. 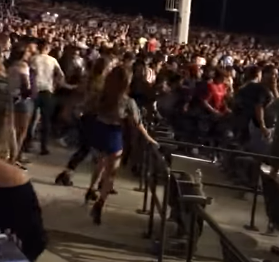 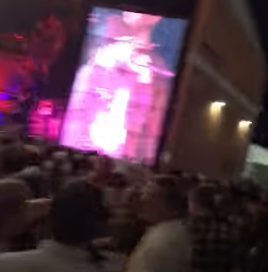 Scott also raps about his love of the intense live concerts in his track Stargazing, singing "and it ain’t a mosh pit if ain’t no injuries/ I got ‘em stage divin’ out the nosebleeds".

Hershenhorn added: "His desire to rile up the crowd beyond hysterics, where people are pushing and shoving, has resulted in a massive catastrophe.

"It’s time for him to do some significant self-reflection."

Further footage from a show in 2015 shows Scott clashing with security at a concert, telling them to "back the f**k up" while also shoving one guard from the edge of the stage.

And in a crazy video from Lollapalooza that same year, the rapper is seen riling up the crowd as they clamber over barricades and up onto the stage.

Fans flood the pit in front of Scott as he tells the "everyone in a green shirt get the f*** back" – in reference to the festival's security team.

Footage from his 2017 performance at Arkansas Music Pavilion shows him encouraging concertgoers to rush the stage – sparking a flood of people surging forward and clambering over barricades.

"If you wanna get in this pit, this is your last chance right now," he says before chanting "I see them, security let them through" as hundreds of people surge towards the stage.

"Oh my god, oh my god," Travis shouts amid the screams.

Scott just days later used a photo from the infamous concert as a cover for his track A Man.

And in another video as he speaks with a stage invader, he tells him "you either get on this stage and rage, or take your motherf***ing a** and go home". 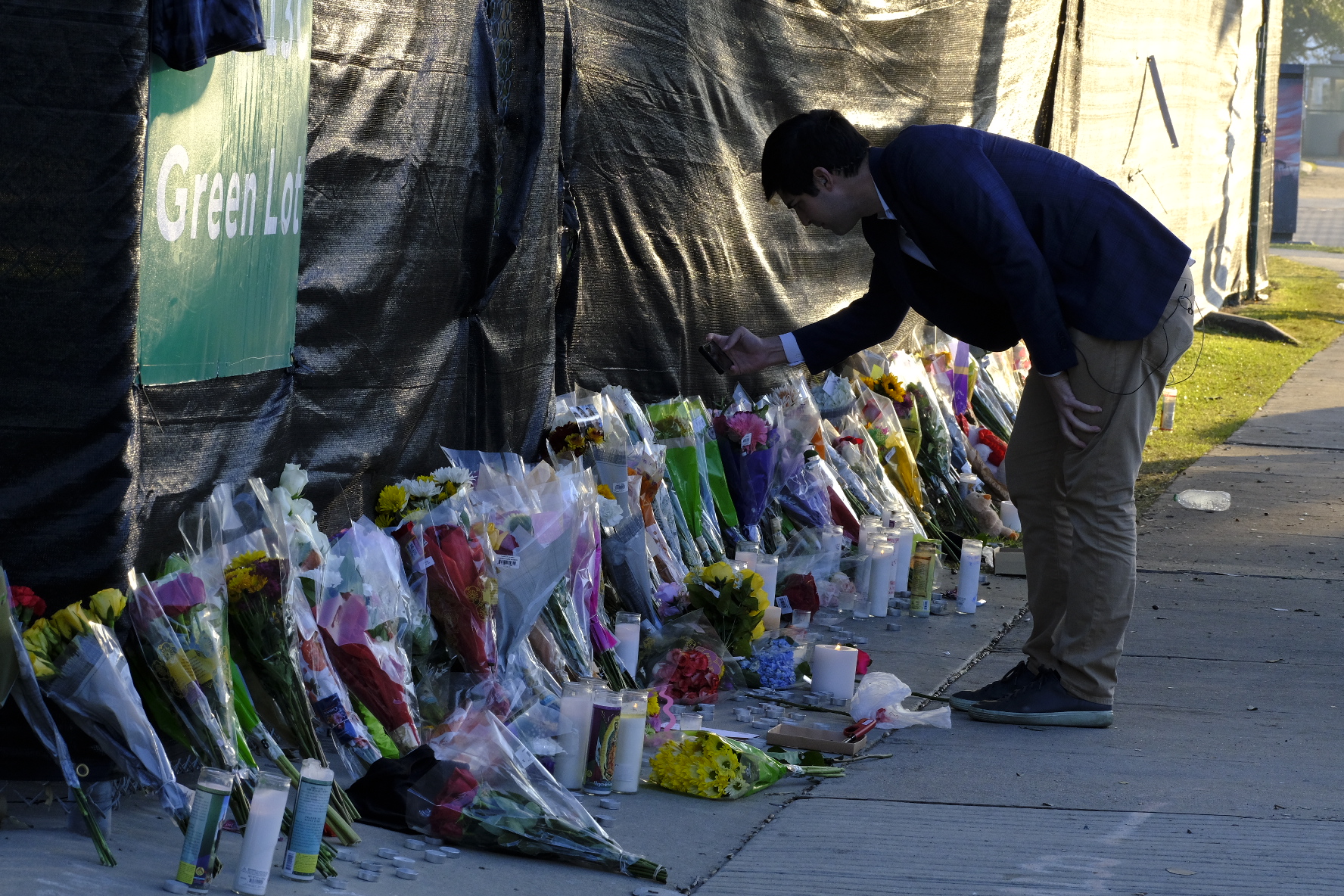 Scott was the subject of a 2019 Netflix documentary titled Travis Scott: Look Mom I Can Fly – which shows the chaos that often erupts at his shows.

Fans can be seen with bloody noses and on crutches, with one cheerfully enthusing “I survived, I survived. It’s all good" and another saying "I thought I was going to die".

It also features the aftermath of the Arkansas incident after which Scott faced three misdemeanor charges of inciting a riot, disorderly conduct and endangering the welfare of a minor.

“I just hate getting arrested, man. That s— is whack,” Scott said in the doc, and he also lamented the fact he heard people got hurt.

And this weekend's tragedy at Scott's festival Astroworld was also not the first time people have been hurt at the event, with three people hospitalised in 2019.

The rapper shared video of the people climbing over barriers to get into the festival.

"DA YOUTH DEM CONTROL THE FREQUENCY. EVERYONE HAVE FUN. RAGERS SET TONE WHEN I COME OUT TONIGHT. BE SAFE RAGE HARD. AHHHHHHHHHHH," Scott wrote. on Instagram.

Houston Mayor Sylvester Turner said that those killed at Astroworld range in age from 14 to 27.

Witnesses said they saw people “passing out and dying of dehydration” but the security staff were not letting people leave.

A concert attendee, who asked not to be named, told The US Sun: “I saw a young female snap her ankle open and [the bone] was popping out of her skin.

“In the very beginning they broke down the fence and landed on her foot and everybody stepped over it.”

In videos posted to Instagram on Saturday, Scott was overcome with emotion as he gave a statement about his actions during the tragic first night of the Astroworld Festival.

"My fans really mean the world to me and I always wanna leave them with a positive experience and anytime I can make out anything that’s going on, I stop the show and help them get the help they need, you know?" he said.

'Titans' Review Round-Up: The Darkness and Violence Might Be a Bit Much, But There's Potential Here

‘Teen Mom 2’: Briana Refuses To Film With Javi After Brutal Breakup — She’s ‘Over It’