On Sunday, Russian forces opened fire and seized three Ukrainian vessels that were trying to pass through the Kerch Strait, a narrow artery that connects the Black Sea to the Sea of Azov. 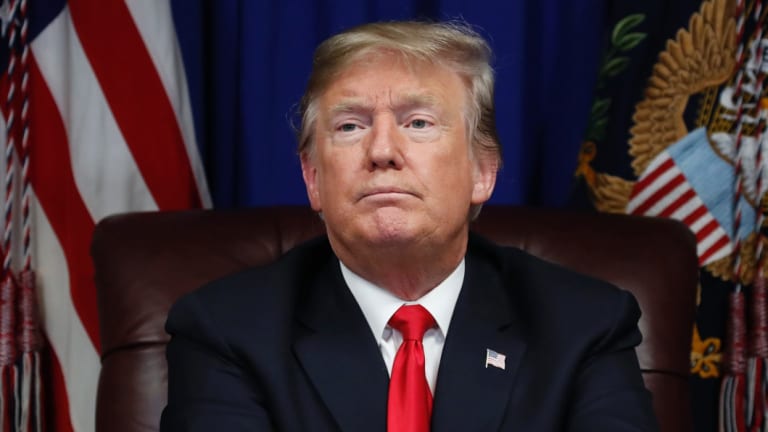 President Donald Trump announced on Twitter that he would cancel a planned meeting with Russian President Vladimir Putin at the G20 summit.Credit:ALEX BRANDON

Global leaders have condemned Russia for its actions, which led the Ukrainian government to implement martial law for 30 days.

Trump said on Twitter on Thursday morning, local time, that he looked forward to a meaningful meeting "as soon as this situation is resolved!"

Trump's abrupt announcement came less than an hour after he told reporters he would "probably" meet with the Russian President in Buenos Aires.

"We haven’t terminated that meeting," Trump said before boarding a plane from Washington to the G20 summit.

"They would like to have it. I think it's a very good time to have the meeting."

Trump was harshly criticised for his failure to confront Putin over Russian interference in the 2016 following a meeting in Helsinki in July.

Trump is scheduled to meet with Chinese President Xi Jinping on Saturday night, local time, and has threatened to impose a further $US200 billion ($273 billion) of tariffs on Chinese goods unless the pair can strike a deal on trade.

Trump is not scheduled to hold a formal meeting with Prime Minister Scott Morrison but the Australian government is hopeful Morrison will be able to speak one-on-one with Trump on the summit sidelines.

German chancellor Angela Merkel on Thursday said the confrontation off Crimea was "entirely the doing" of Putin.

She said she would raise the issue in a meeting with Putin at the G20.

Are the 'Pirates of the Caribbean' Movies Available on Disney+?

White House turns away foreign students on tour with class