Trump backs Boris Johnson for British prime minister amid Brexit turmoil but says of Theresa May: ‘She’s tough. She’s in there fighting.’

President Donald Trump said he considers Boris Johnson and Theresa May to be friends of his, and he hopes the U.K. prime minister who’s offered to step down ‘does well’ tomorrow in tomorrow’s Brexit vote.

‘Well, she’s a very nice lady, she’s a friend of mine, I hope she does well. I hope the Brexit movement and everything happening there goes very well. But Theresa May’s a very good woman, and I’ll tell you what, she’s strong, she’s tough and she’s in there fighting,’ he said as he left the White House on Thursday afternoon.

May yesterday offered to stand down if her deal passes, in return for the votes of Johnson and his fellow Brexit backers. He sensationally supported the deal, then turned on her and labeled it dead. He now says she should step down, even if her Brexit plot doesn’t pan out.

Trump seemed to approve of Johnson replacing her, saying in response to a question about his becoming prime minister, ‘I like Boris Johnson a lot. He’s a friend of mine.’

He was not asked about other potential candidates for the job in the exchange just before he took off for a campaign rally in Michigan. 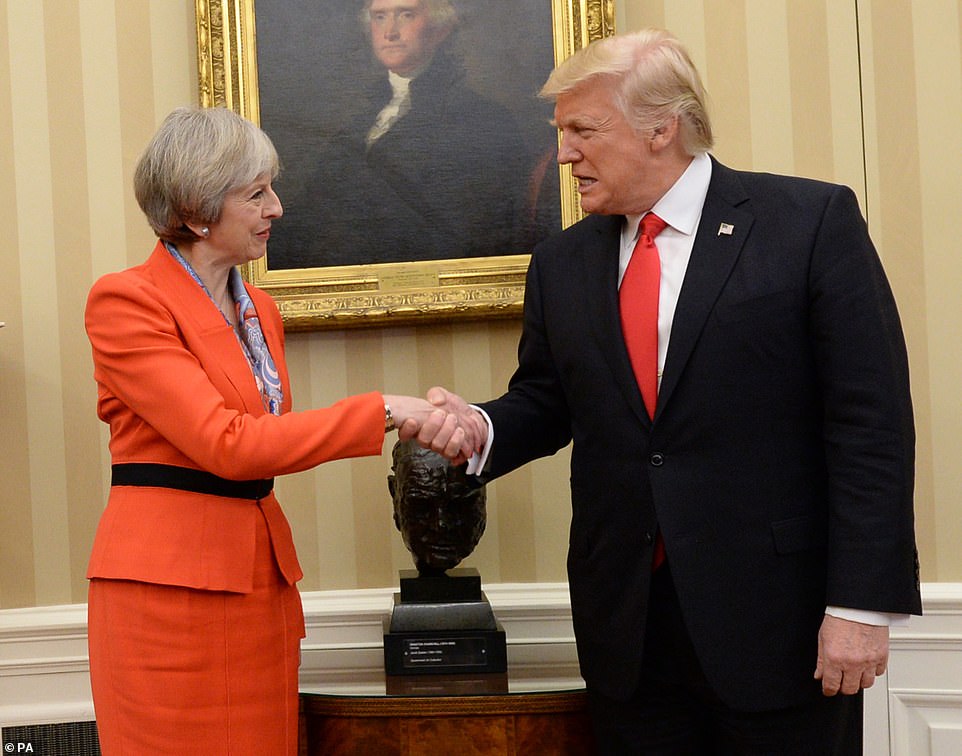 President Donald Trump said he considers Boris Johnson and Theresa May to be friends of his, and he hopes the U.K. prime minister who’s offered to step down ‘does well’ tomorrow in tomorrow’s Brexit vote

May is rolling the dice on another vote on her divorce deal tomorrow after finding a way around the speaker of the House of Commons’ opposition to her Brexit plan.

‘I know there is a desire for new leadership’: May’s promise to QUIT if MPs vote for the deal

‘This has been a testing time for our country and our party. We’re nearly there. We’re almost ready to start a new chapter and build that brighter future.

‘But before we can do that, we have to finish the job in hand. As I say, I don’t tour the bars and engage in the gossip – but I do make time to speak to colleagues, and I have a great team in the Whips’ Office. I also have two excellent PPSs.

‘And I have heard very clearly the mood of the parliamentary party. I know there is a desire for a new approach – and new leadership – in the second phase of the Brexit negotiations – and I won’t stand in the way of that.

‘I know some people are worried that if you vote for the Withdrawal Agreement, I will take that as a mandate to rush on into phase two without the debate we need to have. I won’t – I hear what you are saying.

‘But we need to get the deal through and deliver Brexit.

She addded: ‘I am prepared to leave this job earlier than I intended in order to do what is right for our country and our party.

‘I ask everyone in this room to back the deal so we can complete our historic duty – to deliver on the decision of the British people and leave the European Union with a smooth and orderly exit.’

She hopes the symbolism of March 29, what was to be Brexit Day, will be enough to persuade Tory Brexiteer rebels and the Democratic Union Party to finally back down and endorse the deal. The Democratic Unionist Part confirmed Thursday night they would vote ‘No’ in the vote on Friday, however.

After losing by 149 Members of Parliament in the second ‘meaningful vote’ on March 12, May needs 75 additional votes to be victorious. If the DUP votes No, as expected, she needs every Tory rebel to return or win over Labour MPs instead.  More than 50 Tories are still declared against – suggesting defeat up of up to 100 votes for her.

If May’s government wins, it would mean Britain is on track to leave the EU on May 22. But it would not count as a proper vote to ratify the deal, as it excludes the political declaration.

May will aim to renegotiate the political declaration if MPs back the divorce deal part of the package tomorrow and hope to ratify the whole deal in a later vote.

The PM offered to stand down and sacrifice her job in return for the backing of Tory rebel MPs, including Johnson, but it still looks unlikely that she has the numbers to win a vote after the DUP refused to fall in line and support her.

More chaos looms if the vote does not succeed tomorrow: Britain’s departure from the EU will be rescheduled to April 12 and MPs will then try to take control of the process and likely attempt to force May to adopt a softer Brexit. Ministers have threatened to call a general election if that happens.

MPs have been ordered to attend Parliament tomorrow, cancelling what was supposed to be a day with their constituents. 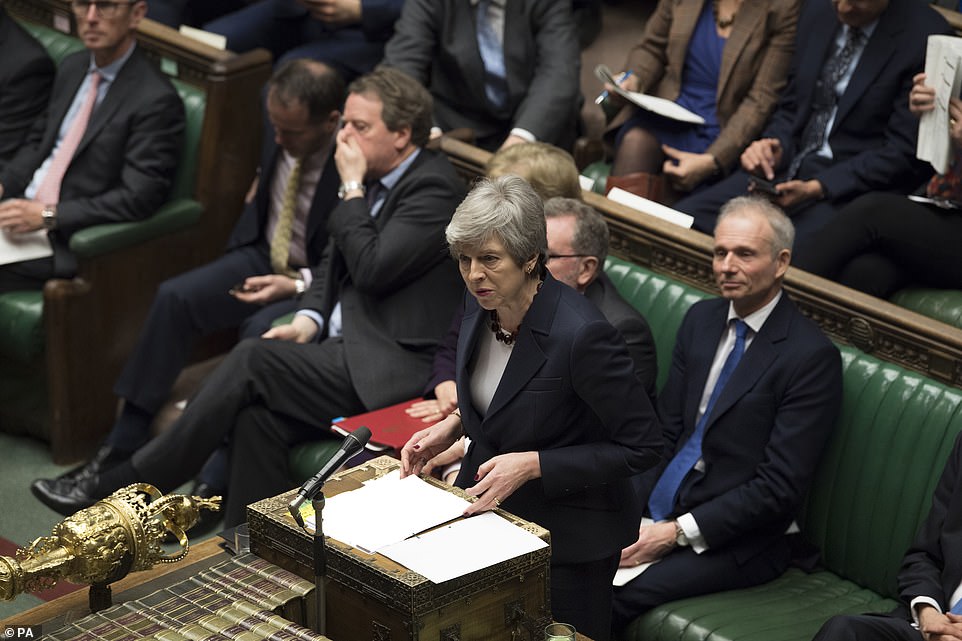 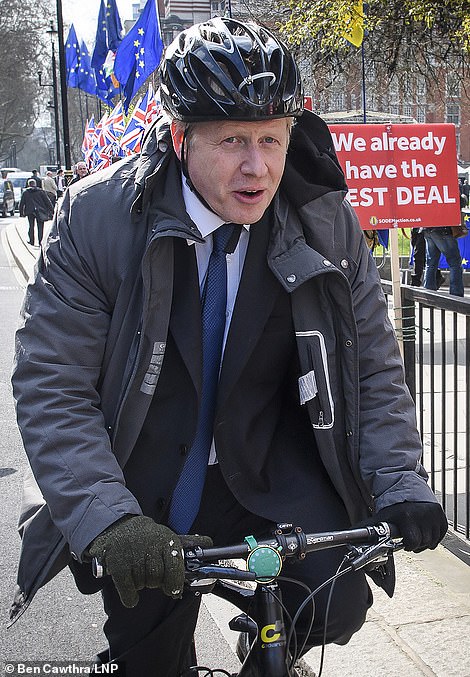 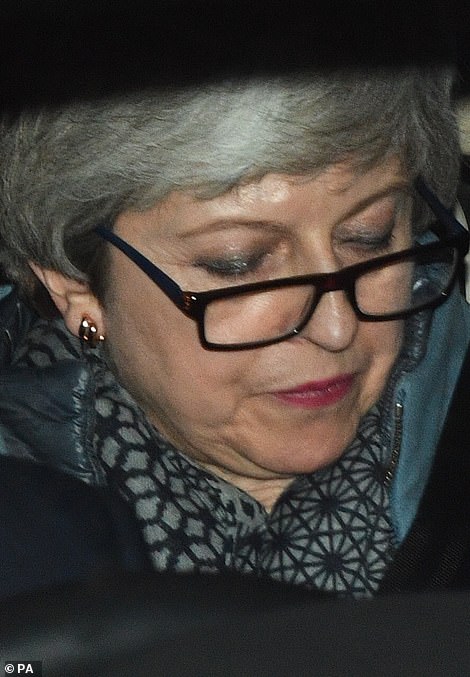 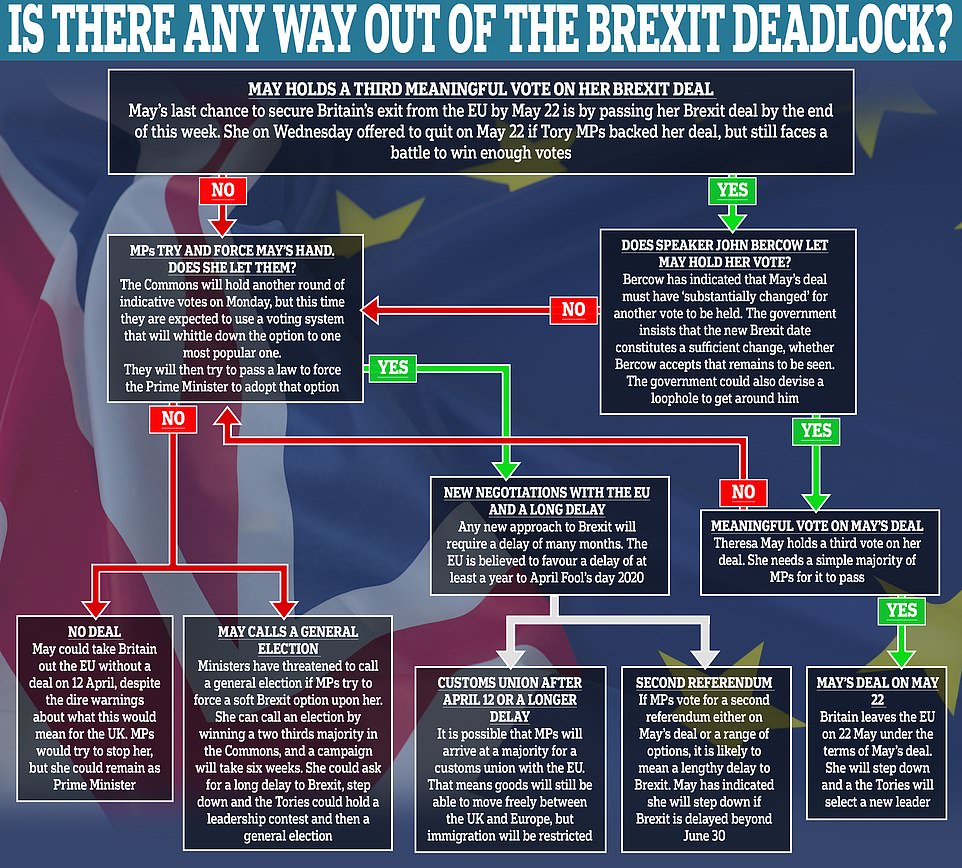