President Donald Trump has abruptly walked out of a press conference after a reporter fact-checked him on his dubious claim about signing a ‘Veteran’s Choice’ bill.

Trump was taking questions from the press at his golf club in Bedminster, New Jersey after signing four executive orders on Saturday when CBS News White House correspondent Paula Reid pressed him.

‘Why do you keep saying that you passed Veterans Choice?’ Reid asked.

She was referring to Trump’s earlier remark: ‘I just signed two great bills for our veterans. We passed Veteran’s Choice and Veteran’s Accountability.’ 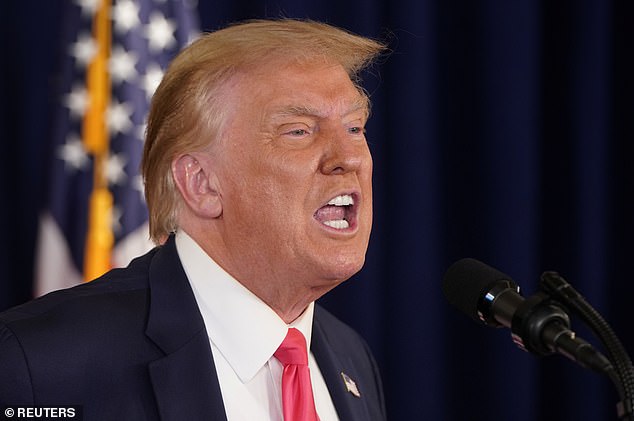 As Trump tried to call on another reporter instead, Reid continued, ‘You said that you passed Veterans Choice. It was passed in 2014…it was a false statement, sir.’

Trump paused, then responded: ‘OK. Thank you very much, everybody.’ He then walked away from the podium as the song ‘YMCA’ played.

The Veteran’s Choice law, which allows eligible veterans to be covered by the government for care provided by doctors outside the VA system, was signed into law by President Barack Obama in 2014.

In 2018, Trump did sign the VA MISSION Act, which modified and expanded the eligibility for the Choice program.

He also in 2017 signed the Veterans Affairs Accountability Act, which promised to help the VA get rid of unethical managers and help veterans get their health care faster. 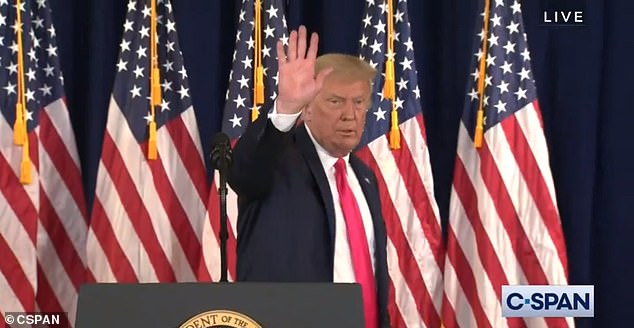 After CBS News White House correspondent Paula Reid pressed him, Trump walked away from the podium as the song ‘YMCA’ played 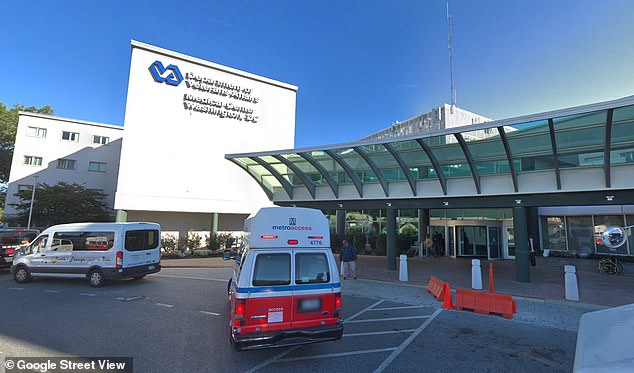 However, Trump has repeatedly claimed that he created the Veteran’s Choice program, and it is unclear whether he has ever been challenged on the claim before Reid’s question on Saturday.

Last month, Trump said at a press conference: ‘On the VA, we got Veterans Choice. Nobody thought that would be possible. That´s been many decades.

‘They’ve been trying to get Veterans Choice. It´s called `Choice,´ where they can go get a doctor if they have to wait on line for two weeks or five weeks or two days.’

Through Trump expanded the program, it has not eliminated delays for care, including for those with waits of ‘two weeks’ or ‘two days.’

The program allows veterans to see a private doctor for primary or mental health care at public expense if their VA wait is 20 days (28 for specialty care) or their drive to a VA facility is 30 minutes or more.

After the coronavirus outbreak, the VA took the step of restricting veterans´ access to private doctors, citing the added risks of infection and limited capacity at private hospitals.

Jenelle Evans Admits It's 'Hard' Being Replaced on 'Teen Mom 2'

Kylie Jenner Gets Her Hands on Limited Hermes Birkin Birkenstocks Priced at $76,000

Canadian businesses have a message ahead of the election: We need immigrant workers