FORMER President Donald Trump waved to his supporters after examining his businesses in New York on Tuesday as he made his way back to his permanent home in Mar-a-Lago.

Trump was seen leaving Trump Tower in Manhattan in the afternoon after spending two days to “look under the hood” of his family company that is under investigation by state prosecutors, The Daily Mail reported. 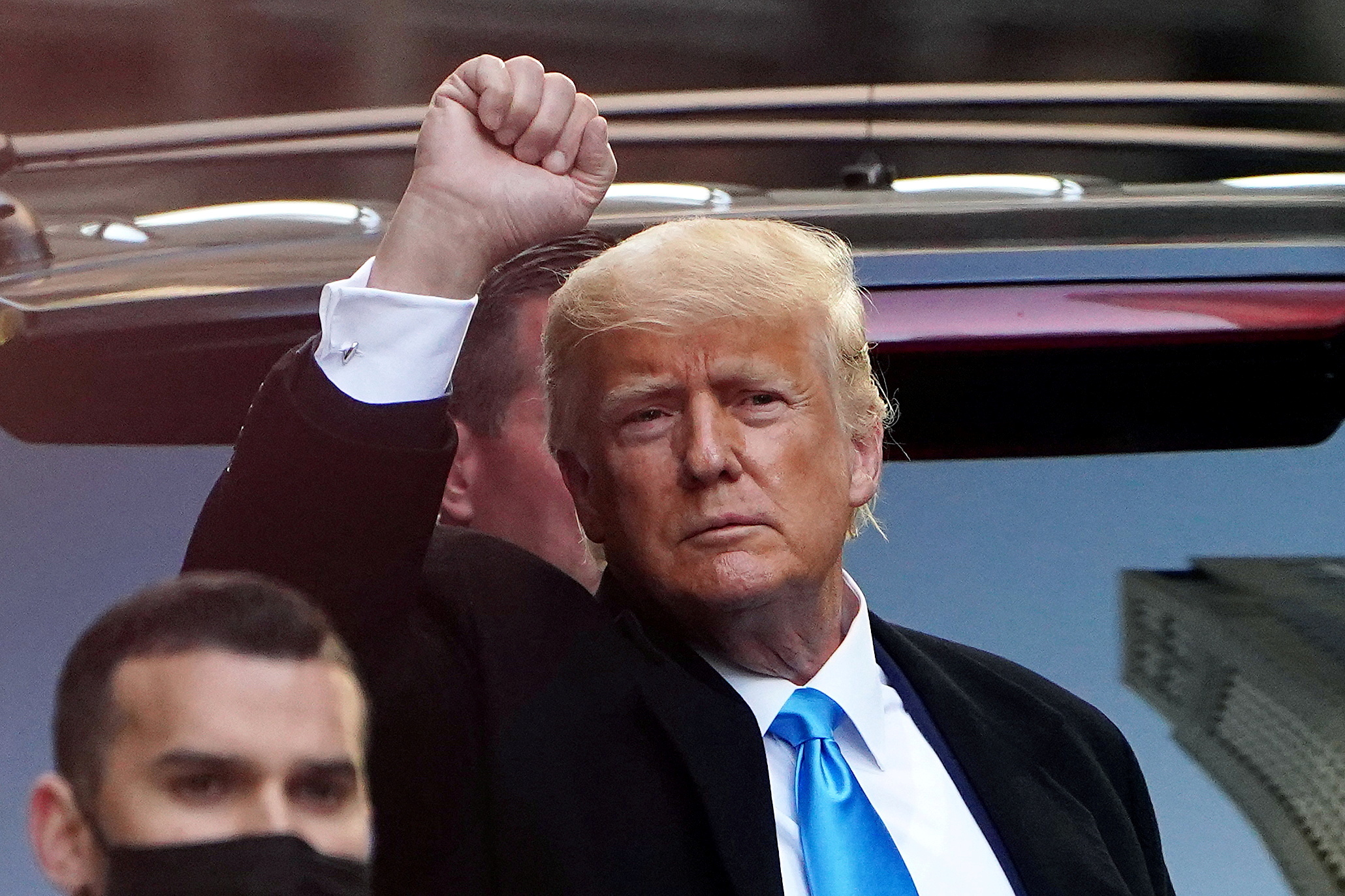 The 45th president had arrived at Trump Tower on Sunday night with Security Service and New York Police Department (NYPD) personnel and was not spotted again until he departed on Tuesday.

It marked the first time Trump has visited New York City since he left the White House and moved to Florida.

On Tuesday, Secret Service and NYPD vehicles parked around the building and Trump waved to fans that gathered near his car.

Trump’s son Donald Trump Jr trailed his father and got into another vehicle in the motorcade. 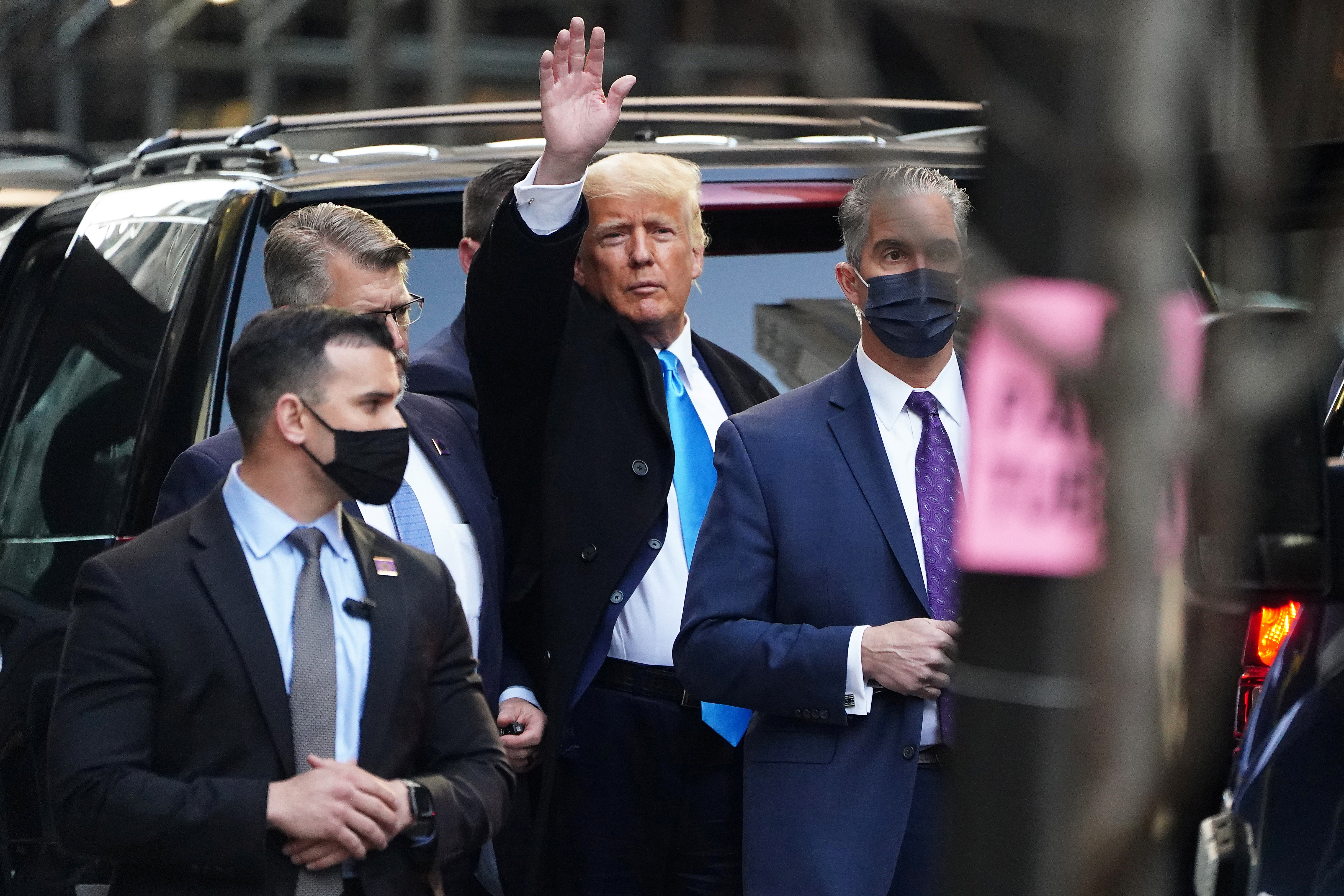 It was not immediately known who Trump spoke with in the two days he stayed in his old residence.

The former president did not have plans to meet with prosecutors.

Trump’s family real estate company, the Trump Organization, stayed based at Trump Tower while he served in the White House. 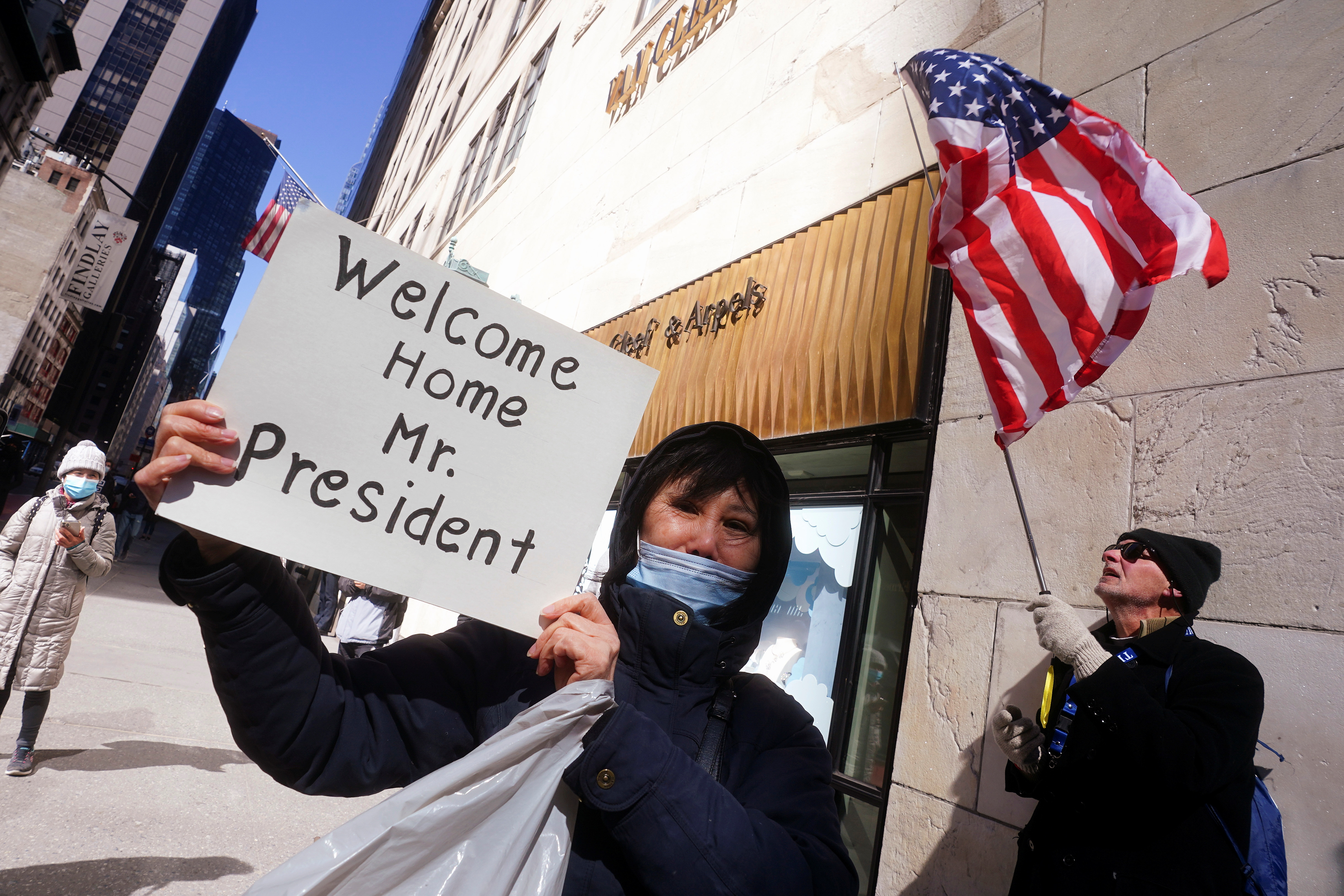 The former president departed New York a day after Manhattan District Attorney Cy Vance Jr subpoenaed documents from the Fortress Investment Group, which invested in a high-rise building built by the Trump Organization.

A request for information from Fortress Investment Group was made at the end of 2020.

The grand jury subpoena concerned the $130million that the investment management company gave to the Trump Organization for Trump International Hotel and Tower which was finished in 2009.

Vance is probing whether Trump and his organization reported the forgiven loans amounting to more than $100million as income and paid taxes. 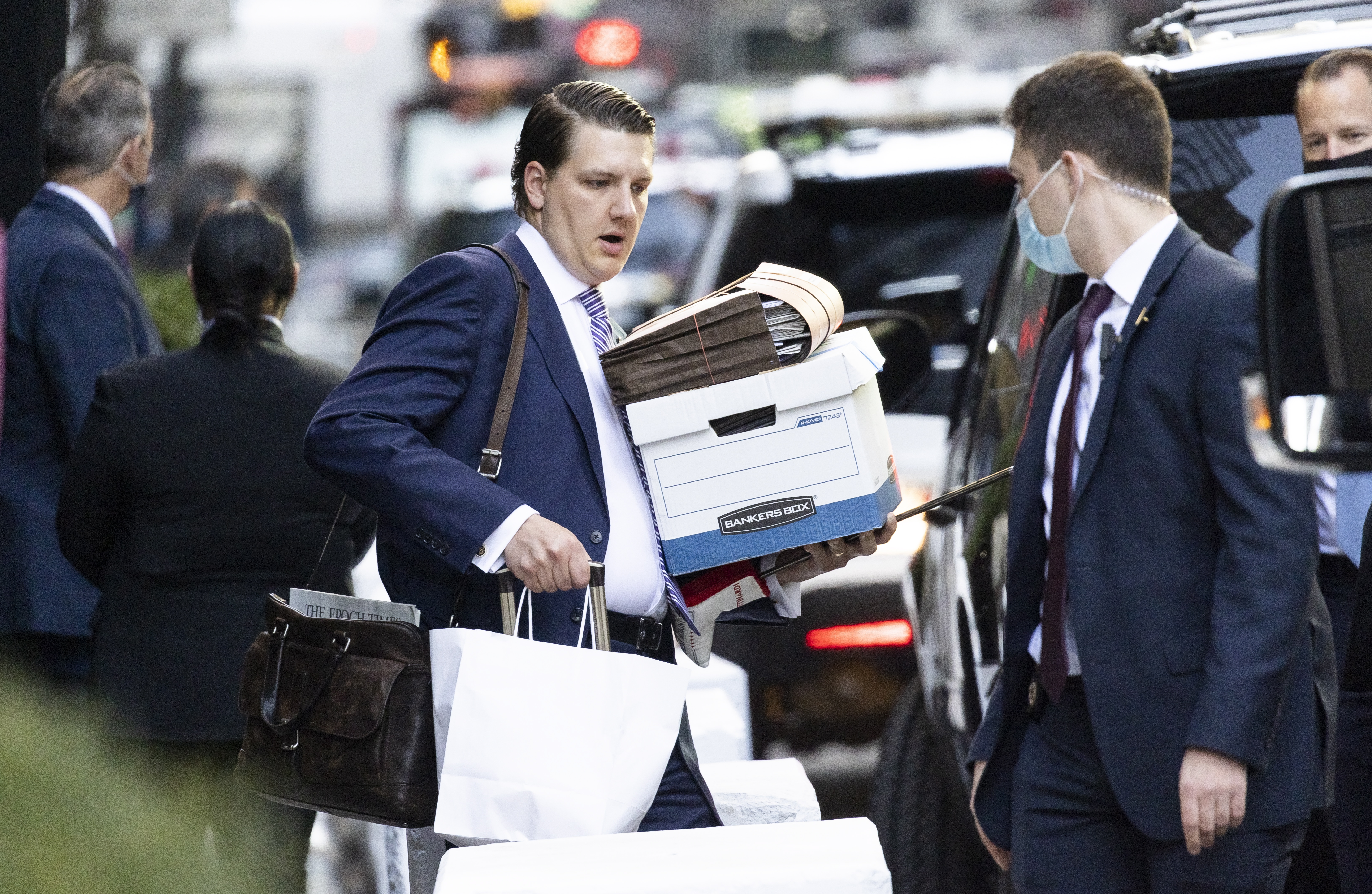 The probe seems to center also on if the Trump Organization incorrectly reported asset values to obtain bank loans and pay lower taxes.

James’ office obtained Trump Organization tax records for its Seven Springs estate in Westchester County which the company had claimed a $21.2million tax deduction for.

Donald Trump, his wife Melania and their son Barron lived at Trump Tower on Fifth Avenue before he was sworn in as president.

He switched his primary residence from New York to Florida in 2019.